Creating Exposure through the Arts will debut its "Behind the Ink" documentary at the BOOM Festival in April. 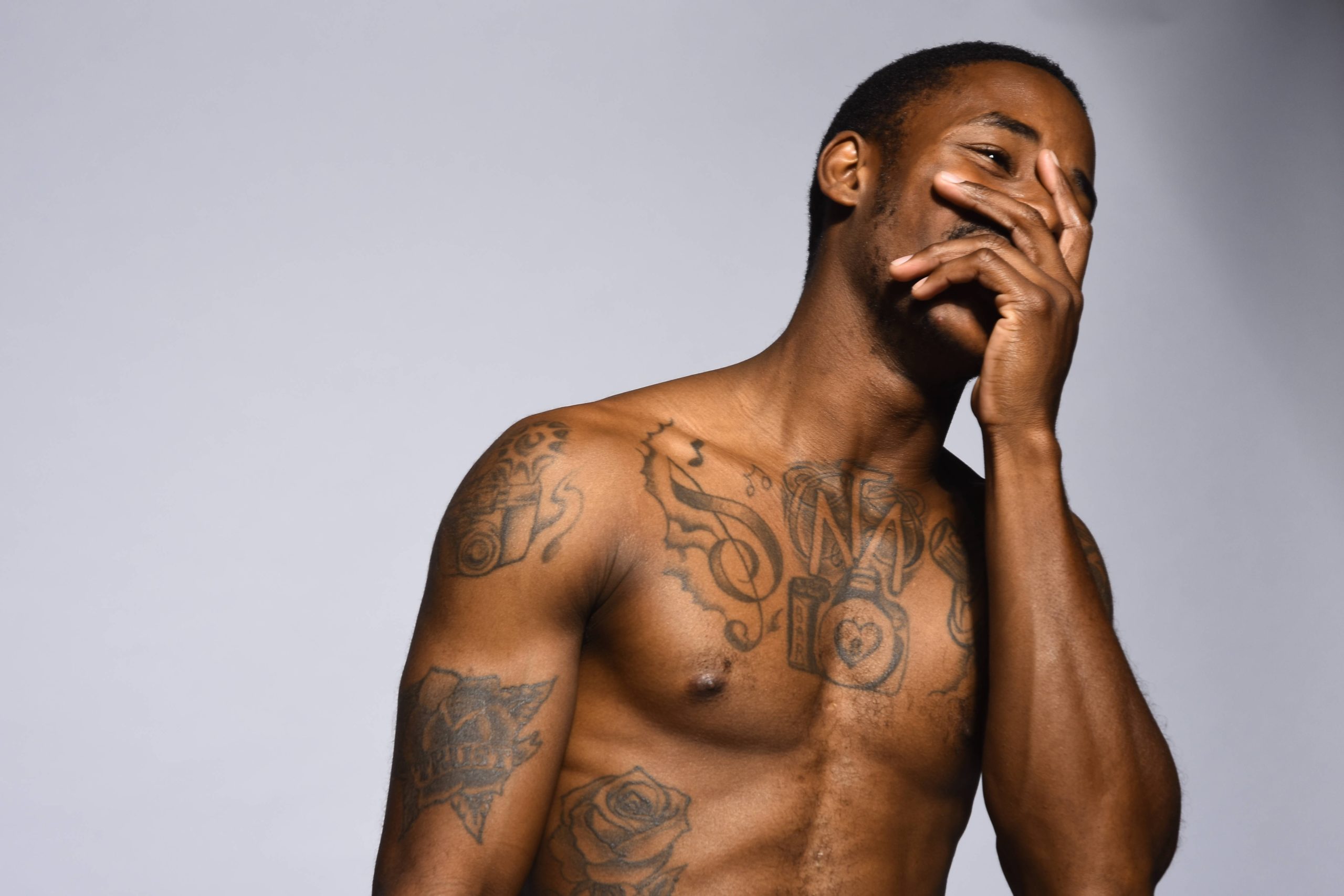 Joseph Johnson is the inspiration behind Creating Exposure through the Arts "Behind the Ink" project. Photo courtesy of C.E.A. Photography

Some tattoos are results of drunken college nights while others have cultural or other significant meanings. Creating Exposure through the Arts is looking to share the stories behind Charlotteans tattoos in an upcoming documentary.

The project, “Behind the Ink,” is an interactive, multi-disciplinary visual arts exhibit that tells the stories behind tattoos of Charlotte residents across multiple ages, ethnicities and cultures. The series of photo workshops will culminate in a documentary to debut at the Boom Festival in April.

“Behind the Ink” not only presents a learning experience for the audience but also for the students working to produce the content. The organization’s founder and executive director Mark Pendergrass is excited about what’s happening.

“We turned a conference room into a set. We have kids behind the camera shooting. There are instructors who are former students. Peer-to-peer learning is happening. It’s even more than a documentary. There is a lot of learning happening behind the scenes,” he said.

Creating Exposure through the Arts is a local nonprofit educating youth about the arts through education, mentorship and exposure to new experiences. Professional photographers, writers and graphic artists mentor students in skill-building programs including photography training, journalism/creative writing, and developing entrepreneurial skills.

The concept for Behind the Ink goes back about 10 years. It started with an incident of bullying. A 15-year old student in the program, Joseph Johnson, had a tattoo of a rose with his mother’s name embedded. Hearing students taunting Johnson, the instructor stopped and created a teachable moment. The teen shared the story behind his tattoo.

His mom died when he was 2. At 15, without approval, Johnson got a tattoo to honor her. The conversation turned into a brainstorming session about how to document and dispel stereotypes surrounding tattoos.

In the U.S., 15% of men and 13% of women have tattoos. We talked to tattooed Charlotteans to find out the reasons behind their ink.

Senior internal auditor Michelle Varney has eight tattoos. The 31-year-old got her first tattoo more than 10 years ago, but her two most recent tattoos are the most special. One memorializes her near-death experience while giving birth to her daughter in 2018. Shortly after, she added a heart drawing to remind herself never to lose heart.

“I never want to forget that it doesn’t matter how much money you have, what accomplishments you’ve made or what you look like…the most important things in life are the love you share, keeping your character and the beauty in the experiences you go through,” said Varney, who referred to it as the “squishy stuff.”

Javesha Johnson, a 35-year-old small business owner, has a tattoo that covers her entire abdomen. Johnson had major surgery as a result of her Crohn’s disease and left her with a scar. She looks at her scar as her war wound, and the tattoo of a rose around the scar makes her war wound beautiful.

Like Varney and Johnson, subjects in the documentary have shared their personal tattoo stories. Pendergrass is hoping that the project will be a learning experience for people.

He says, “We want it to be relatable. We talked to the grandma who started getting tattoos at 60. We talked to a model who was told that she was ugly because she has tattoos.”

Charlotte residents still have an opportunity to be part of “Behind the Ink.” Those interested in sharing their tattoo story to be featured in the documentary and photo exhibit can sign up here or attend the casting session on Feb. 22, from 3 p.m. to 6 p.m. at Hygge Coworking (2128 Remount Rd.).