The three-year grant will pay to jump-start community-driven programming at Five Points Plaza, a public space soon to be built near Johnson C. Smith University in Historic West End. 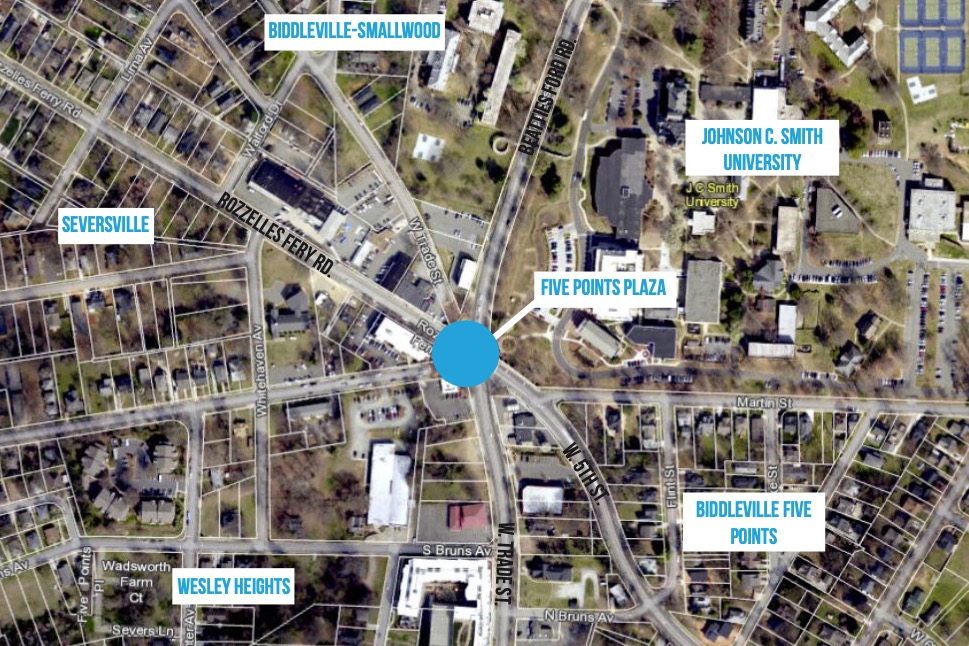 The three-year grant will pay to hire a part-time events coordinator for the plaza, train JCSU students to serve as plaza ambassadors, and cover the costs of plaza equipment and some initial events during the first three years. Since 2015, Knight has invested more than $5 million in various westside projects.

The Charlotte City Council is scheduled to vote tonight to receive the latest funding.

Why it matters: When Five Points Plaza opens later this year (or in 2021) it will be the first public space built by the city of Charlotte in more 25 years. The plaza also comes during a time of rapid change along the Beatties Ford Road corridor.

According to a Knight Foundation document, the grant is meant to “ensure that Five Points Plaza reflects the identity, culture, and history of a historically African-American community during a time of displacement and gentrification.”

The plaza will be built with bond money that voters approved in November 2014. (Cities and counties often issue bonds to finance public projects then repay the money with future revenue collected from taxpayers.) Community leaders envision the half-acre plaza as a hub for cultural, educational, and entertainment events.

Located at the intersection of West Trade Street, West 5th Street, Beatties Ford Road and Rozzelles Ferry Road, the plaza will be directly adjacent to JCSU and the CityLYNX Gold Line. It also will help connect the neighborhoods of Biddleville-Smallwood, Seversville and Wesley Heights.

Community-driven: Although the plaza will be owned and maintained by the city, Knight’s grant proposal emphasizes the importance of allowing westside residents to shape the plaza’s programming.

The grant initially provides for a ribbon-cutting and weekend festival when the plaza first opens. It also provides for weekly activities focused on fitness, markets, food trucks and open-mic events.

Knight hopes that, by the end of year three, city government and westside community leaders will find other revenue streams to pay for plaza enhancements, such as Wi-Fi, and future programming.

The bottom line: According to the Center for Active Design, “people who report a higher number of events in their community score significantly better across measures of civic trust, participation, and stewardship relative to people living in places with few community events.”