A collection of poignant films to add to your must-watch list. 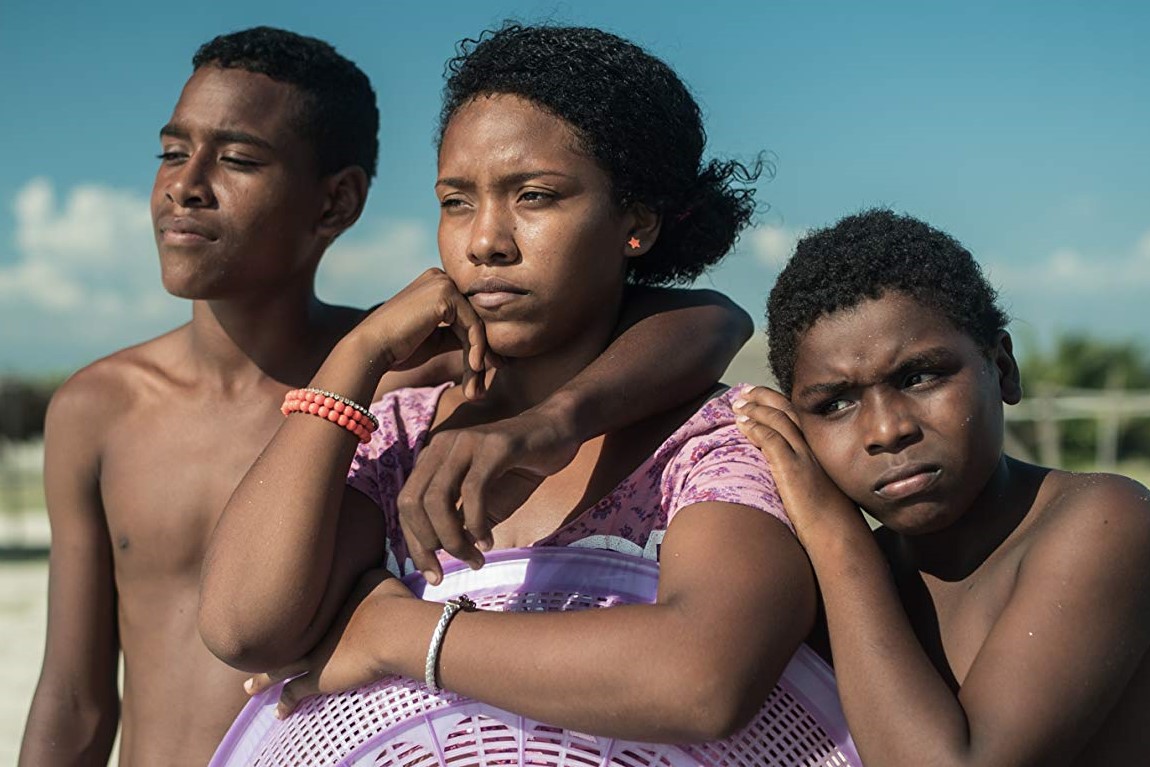 Each February, the contributions of Black people are honored during Black History Month. With the Academy Awards airing this weekend, we’re looking back at poignant films featuring Black casts and crews.

These 10 films, created over several decades, depict Black people from the fields of Florida to the beaches of Mexico, from the world of basketball to the ecstasy of soul music, and from the complications of interracial love in the 1950s and 1960s to the stark realities of love between a Black man and Black woman in the racist Deep South.

Add them to your must-watch list. Notice the work of the actors, directors, writers, cinematographers and musicians, and how their artistry contributes to the continuum of Black history.

This poetic and visually eloquent animated film is Kobe Bryant’s love letter to basketball. We hear the joy and sadness in Bryant’s voice in the opening scene when he says, “From the moment I started rolling my dad’s tube socks and shooting imaginary game-winning shots in the Great Western Forum, I knew one thing was real: I fell in love with you.”

Bryant won an Oscar for Best Animated Short Film in 2018 for “Dear Basketball,” making him the only professional athlete to receive an Academy Award. He wrote the words for the film, Glen Keane created the elegant animation and John Williams wrote the somber musical score.

“Dear Basketball” lives on as part of Bryant’s legacy as a father, husband, coach, philanthropist and basketball player.

Director Ivan Dixon (also an actor in the film) and screenwriter Sam Greenlee battled doubters and naysayers to make “The Spook Who Sat by the Door.” Based on the novel of the same name by Greenlee, this film spooked the FBI so much that the agency rounded up most of the film’s prints and destroyed them. Not surprisingly, the revolutionary film was yanked from theaters shortly after its release.

A cult classic for decades, “The Spook Who Sat by the Door” tells the fictional story of Dan Freeman, the first Black man in the CIA, who goes back home to Chicago after five years of service to form an impressive army of guerilla fighters made up of gangbangers and Vietnam war veterans. Freeman uses his expertise as a former CIA officer, including martial arts and bomb-making skills, to train his army to take over the country by force.

“What are you in this for? Power? Revenge?” one of his trainees asks. His response, “I just wanna be free.”

Zora Neale Hurston is known as the first African-American woman filmmaker. The acclaimed author of “Their Eyes Were Watching God” was a trained anthropologist, earning a bachelor’s degree from Barnard College in 1928. As an anthropologist and lover of her people, Hurston wanted to capture scenes of people in “the field,” meaning places like her hometown of Eatonville, Florida, because she didn’t want anyone to forget her people.

Film footage features Hurston singing folk songs as we see children gleefully playing and dancing, a train traveling along a railroad track, and people being baptized in the water. At the beginning of the film, there are shots of an elderly man, Cudjo Lewis. Lewis, born Oluale Kossola, was the last survivor of the final slave ship to bring enslaved people from Africa to America. Lewis told Hurston his entire life story. She took notes and wrote a book about his life titled “Barracoon: The Story of the Last ‘Black Cargo’.”

Theirs was a quiet, subtle, yet forceful love. Mildred, a 17-year-old Black woman, and Richard Loving, a 23-year-old white man, married in Washington, D.C. in 1958. When they returned home to Virginia, they were arrested and jailed for breaking the state’s anti-miscegenation laws. After their release, they moved to Washington, D.C. to live with family, but during a visit home, they were arrested again.

Actors Ruth Negga and Joel Edgerton create a relationship that’s forceful, quiet and authentic. Negga was nominated for an Academy Award for her role as Mildred.

Mildred had a quiet strength in real life, which we see when she pens a letter to Attorney General Robert F. Kennedy requesting his help with their court battle. The couple eventually wins their Supreme Court battle with the 1967 ruling in Loving v. Virginia that made bans on interracial marriage unconstitutional.

Steve McQueen, the director of “12 Years a Slave,” said he couldn’t imagine that schools wouldn’t adopt lesson plans based on the life of Solomon Northup after seeing the film and reading Northup’s novel. That was 2013, and even after the film was nominated for 12 Oscars and won the award for Best Picture, schools still haven’t adopted the book as part of their curriculum.

In the film, two white men trick Northup into traveling with them to Washington, D.C. in 1841 to find work. They drug him and sell him into slavery in the South. The film reveals the absurd horrors and desperate tragedy of slavery by way of hangings, rape, daily degradation, ridicule and cruelty.

“Nothing But a Man” is another film featuring Ivan Dixon. This time, he stars alongside prolific jazz singer Abbey Lincoln in her first film role. This little-known gem reveals the complexities of love between a Black man and woman in Alabama circa 1964.

Railroad worker Duff and schoolteacher Josie date, fall in love and marry, to the dismay of Josie’s preacher dad and her mom, who expect Josie to find a nice churchgoing man with a better job. The two get along well until Duff quits his job because of a run-in with his racist boss.

Duff goes through some changes as he discovers that he hasn’t reconciled his past. Lincoln’s sobbing breaks your heart in a tough scene between the two. Family dysfunction and an inability to communicate test the bond between Duff and Josie. With their subtle and natural performances, the two actors make this couple feel real.

U.S. Senator Kamala Harris and former U.S. Senator Carol Moseley Braun both looked to the tenacious one-time Democratic presidential candidate Shirley Chisholm for inspiration when they ran their presidential campaigns against the odds, like Chisholm. The first Black woman elected to Congress in 1969 and the first Black person from a major party to run for president, Chisholm ran a bold and unapologetic race to win the democratic nomination for president in 1972.

In “Chisholm ‘72: Unbought & Unbossed,” the late politician gives us something to think about when she says, “It is incomprehensible to me, the fear that can affect men in political offices. It is shocking the way they submit to forces they know are wrong and fail to stand up for what they believe. Can their jobs be so important to them … that they will cooperate in the degradation of our society just to hang on to those jobs?”

There’s still relevance in those words.

Celebrating the 14th anniversary of Ghana’s independence from Britain, a group of heavyweight performers takes the stage to give some of the most powerful performances of their careers. Part of the lineup includes Ike and Tina Turner, The Staple Singers, Carlos Santana, Roberta Flack, Les McCann and Wilson Pickett. Playing before a huge group of Ghanaians, it’s as if the energy from the people rises and fuels the performances — making the excitement palpable.

The Voices of East Harlem, Amoa Azangio and the Kumasi drummers also bring the fire to this commemorative event. The Staple Singers take charge when they sing lyrics like, “When will we be paid for the work that we’ve done?” Another highlight happens when Les McCann, Roberta Flack and others visit one of Ghana’s slave castles, leaving them visibly shaken and crying.

Acknowledged as the first feature film about people of African descent in Mexico, “La Negrada” is not a perfect film and has many flaws, but for the sheer spotlight it shines on these almost forgotten people, it has a place in film history. The storyline about a callous philanderer who both mistreats his dying wife and emotionally abuses one of his mistresses is troubling. However, the film also captures the pride and sadness of these Mexican people who are shunned by those outside their community.

With shots of the golden sun shining on the beaches and people of Oaxaca (pronounced “wuh-hah-kuh”), cinematographer Lola Ovando captures the beauty of this town’s landscape and its people. Ovando also captures the natural beauty of the faces of la negrada de Oaxaca (Black Mexicans of Oaxaca).

This 1991 masterpiece by director Julie Dash is the first full-length film directed by a Black woman to get a wide theatrical release. Dash’s film is filled with luscious images of all shades of Black people living, playing, loving, arguing and coming together on the sea islands off the coasts of Georgia and South Carolina.

“Daughters of the Dust” is a portrait of Gullah Geechee folks who retained much of their African culture despite the remnants of slavery and the pull north. The Unborn Child narrates the story of the Peazant family who grapples with family who join the Great Migration north while understanding those who stay behind to keep the family home and traditions alive. It features Gullah language, African-inspired fighting styles and haunting music filled with African, Native American and Middle Eastern sounds.