Spencer Taylor was a shy kid who used humor as a defense mechanism. Now, she's a comic writer on network TV. 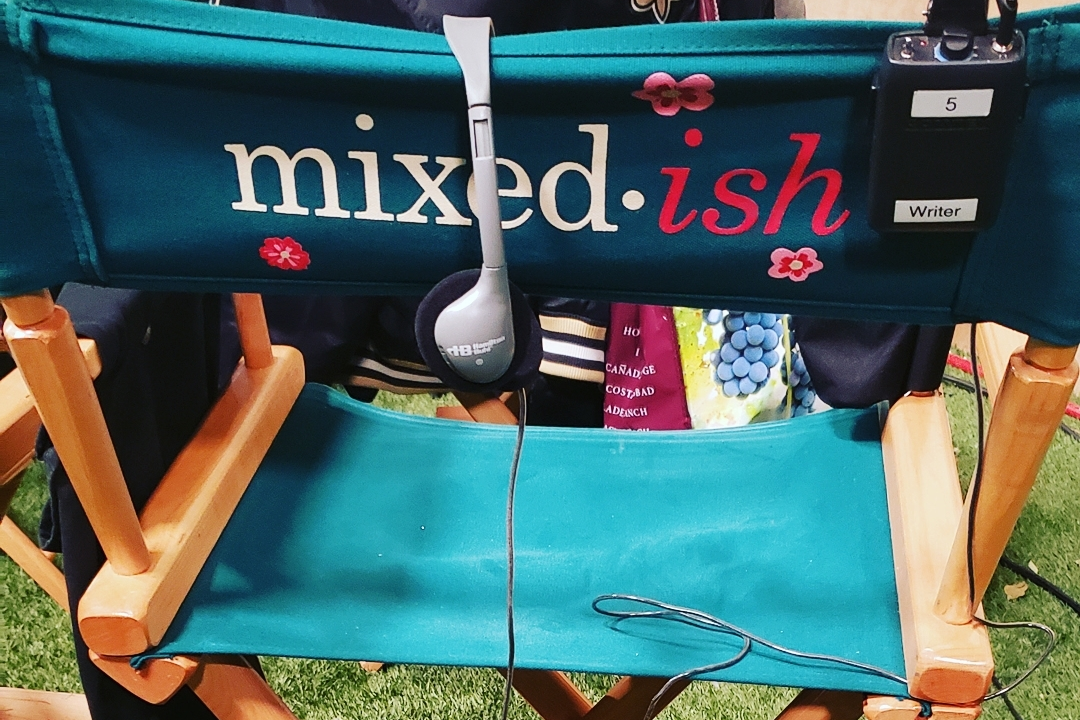 Spencer Taylor made her writing debut on the Jan. 20 episode of ABC's comedy series, "Mixed-ish." Photo courtesy of Spencer Taylor

Comedienne Spencer Taylor is living her life like it’s golden.

The spinoff of the award-winning “Black-ish” series recounts the childhood of lead character Rainbow “Bow” Johnson, played by Tracie Ellis Ross. Taylor connected right away to the storyline because of her own experiences of moving from Long Island, New York, to Greenville, South Carolina, with a Black mother and white father.

“[Bow’s] character does resonate with me – finding out who I am, my identity, living as a biracial person who favors Black,” Taylor said. “She is one of three [children], I am one of three. I love her heart because I wasn’t as outspoken as her character at that age against injustice, and I wish I had that power. It’s one of the things I love writing about – the power I wish I had.”

A career meant to be

Having a sense of humor was almost a rite of passage in Taylor’s family. Her dad, Robert, is a former Catholic priest turned Episcopalian priest who loves classic comedy movies and stand-up. Her mom, Margaret, loves comedy as well, especially “Def Comedy Jam.”

Taylor was a shy kid who used humor as a defense mechanism, cracking jokes to disarm others.

“Everyone in my family is pretty funny, and we all try to one-up each other. My family comes to support me, and I’ve said absolutely horrific things that people would never say in front of their parents, but mine love it,” she explained.

At 16, Taylor realized she wanted to give stand-up a try but knew she had a lot to learn.

“I was not a performer at all,” she remembered. “I was petrified about being on stage. However, I was always a writer. I even wrote my friends’ papers for fun.”

While at Clemson, she started writing down ideas and jokes in a notebook and cultivating her own set. It wasn’t until she delved into researching the writers of her favorite show, “Curb Your Enthusiasm,” that she discovered a new career path.

For her 21st birthday, her mom gave her a gift card for comedy classes at Charlotte’s The Comedy Zone. She remembers being over-prepared. From the moment she wrote her first joke and told it on stage, Taylor knew she wanted a career in comedy. By the end of her performances, people were laughing hysterically. She was hooked.

The young comedienne became so committed to her craft that she made the weekend trek each week from Greenville to Charlotte — where her sister lives — to perform and work at The Comedy Zone.

Taylor tried convincing her mother to support her plan to drop out as a pre-med student to become a writer.

Taylor moved to Charlotte immediately after graduation. For the next four years, she supported herself as a full-time nanny as she integrated into the Queen City’s comedy scene. She began branding her relatable style of comedy.

A foot in the door

In 2016, she moved to Atlanta hoping to take her career to the next level. She had met several  Atlanta-based comics in Charlotte who would pass through on their way back to Georgia. While nannying in Atlanta, Taylor had an experience that could have ended it all.

She bombed during one of her sets.

Unbeknownst to Taylor, her future manager, Avi Gilbert, was sitting in the audience and contacted her after the show. He started giving her writing packets to send out.

“I applied for pretty much every late-night show with written jokes and monologues and desk games – which is basically my resume,” she recalled. “My thought was, ‘these are my jokes, my ideas. Let’s see how this goes.’”

Last summer, Gilbert called to tell her that the “Mixed-ish” team was interested in meeting. She was already a fan of “Black-ish.” He advised, “If you’re able to fly out here to LA, then I think you should.”

Taylor used a large amount of her savings on a last-minute flight to LA for the interview. The opportunity would make all of her hard work and sacrifices worth it. She had no idea how the interview went once it was over, so she decided to fly back to Atlanta.

But, her manager had good news to deliver. He told her to change her flight to stay in LA an extra day because Kenya Barris, the show’s co-creator, wanted to meet her.

“I changed my ticket, and there was only a first-class seat available. The whole time I kept thinking if I don’t get the job this will be the saddest first-class ride ever,” she laughed.

Taylor wouldn’t have to take a sad flight home. Barris welcomed her to the team and gave her two weeks to return to Atlanta, pack up her things, and relocate to LA.

The comic writer recently made her writing debut on episode 13 of  “Mixed-ish.” The Jan. 20 episode, “Pride (In the Name of Love),” centers around Bow’s father Paul — played by Mark-Paul Gosselaar of ‘90s teen sitcom “Saved by the Bell” — who speaks at the school assembly on MLK Day. The kids think he’s going to embarrass them, so they don’t attend.

“This was a dream for me because it speaks to my experience of being mixed, being Black,” she said, “which a lot of shows are afraid to, or can’t quite tackle.”

Taylor’s goal is to stay in LA as long as possible and retire in the South. She said anyone who works hard and prepares — mentally, physically and financially — can achieve their dreams.

“I sacrificed a lot of experiences because I was saving all of my money. I passed up trips with friends because my end goal was to move to LA and write for a show. When they called, I had the money saved.”