The shift comes as Charlotte looks back on a year that saw a rise in violent crimes in 2019, including 107 criminal homicides -- one of its highest homicide counts on record. 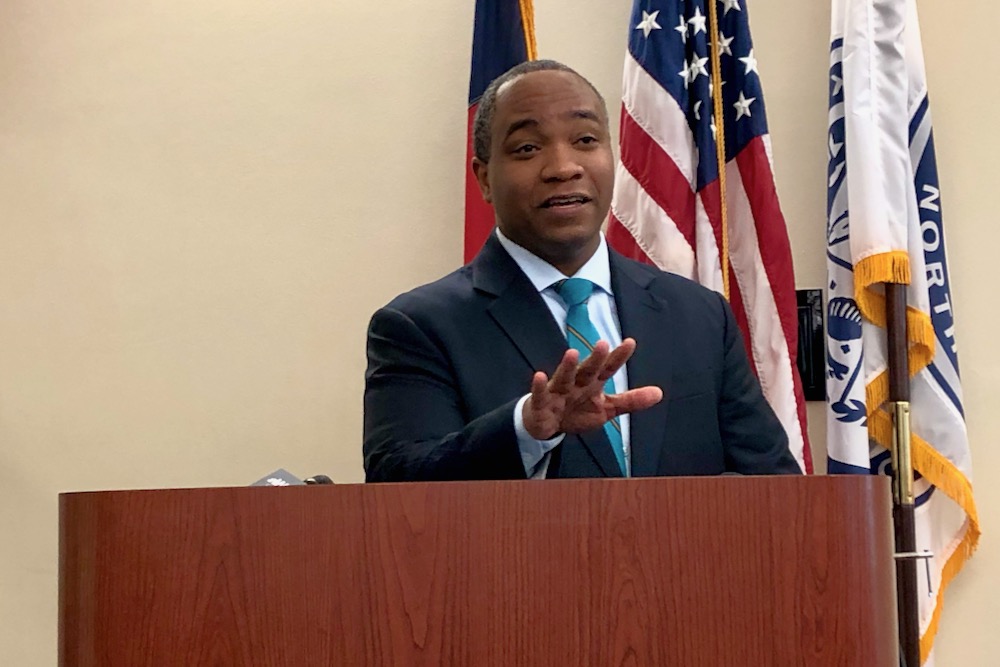 After taking 13 homicide cases to trial in 2019, Merriweather said his office has asked the court system to prepare for 20 such trials in 2020.

Merriweather laid out those priorities and others in a meeting with reporters last week.

The shift comes as Charlotte looks back on a year that saw 107 criminal homicides in 2019 — one of its highest homicide counts on record. As Mecklenburg County grows and encounters new public safety challenges, Merriweather said, the entire criminal justice system must evolve with it.

“This means finding new ways to achieve justice swiftly in our courts,” he said. “This means rethinking the way that we work with our partners from law enforcement. This also means asking our state legislative authorities to re-evaluate old conventions and give us the tools that we need to keep our community safe.”

Among his top priorities, Merriweather said he will lobby lawmakers in Raleigh to empower state judges to deny bail to defendants they deemed dangerous to the community. Under current state law, except in cases involving homicide, judges must set conditions for release while defendants await trial.

“And so today I’ve become the first district attorney in the state of North Carolina to publicly call for a legislative end to our reliance on money (bail) to keep our community safe…” he said.

Other 2020 priorities outlined by Merriweather include: