The former defensive lineman spent 11 years in the NFL, including five seasons as a Carolina Panther. 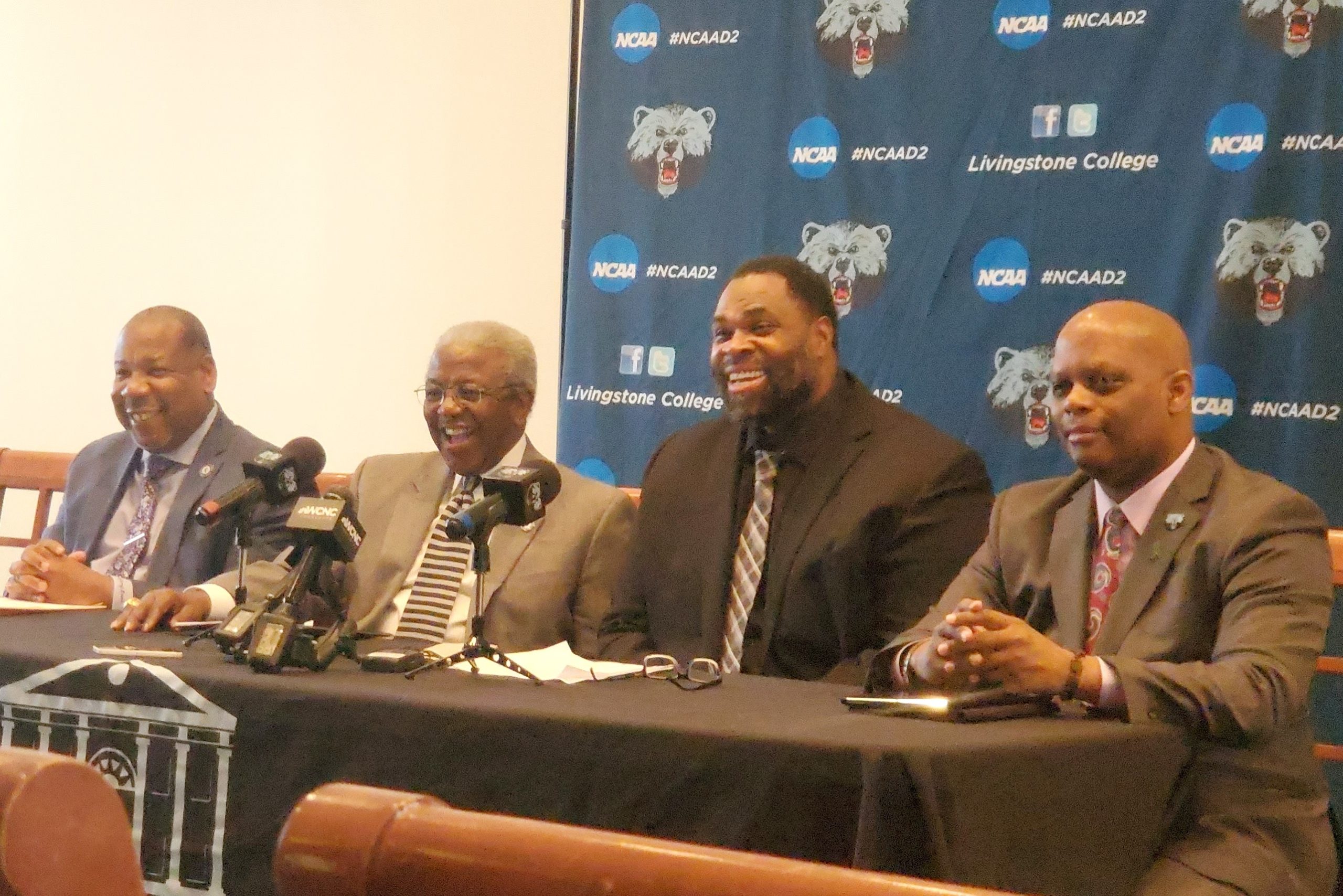 Livingstone College announced former NFL defensive lineman Sean Gilbert as its new head coach during a press conference on Jan. 30. Gilbert spent 11 years in the NFL, including five seasons as a Carolina Panther from 1998 to 2002.

Although his resume doesn’t include college football coaching experience, Gilbert has put in eight years as an assistant head coach at South Mecklenburg and West Charlotte high schools. He explained that part of his role was helping his head coaches with team structure and discipline.

“I used those schools to tutor myself because coming out of the NFL, and going out into the world, is a transition,” Gilbert said during the press conference. “You think that everybody is thinking like you do and know the things that you do, but they don’t. You have to kind of humble yourself and reinstitute yourself back into society. I spent my time learning people again and learning behaviors.”

Gilbert, 49, replaces Daryl Williams who spent seven seasons as Livingstone’s head coach. The Blue Bears started 4-0 last season before losing their final six matchups. Gilbert says his staff will mix up their strategy but looks forward to running the football.

“We’re going old school and see if we can get some yards, instead of putting on an air show,” he laughed. “You have to build your team according to your players.”

Gilbert admits that football is secondary to the impact he’s trying to make at the historically Black college. He said football allowed him to escape harsh realities but believes education is the surest way to gain upward mobility.

“Separate from the part that we believe that Sean Gilbert knows football, we were more impressed by the work he has done outside of the sport, such as starting a nonprofit organization,” Jenkins said.

Gilbert and his mother, Aileen, started Nerih, a nonprofit that helps build youth and adults through quality educational programs and assists in developing affordable housing, according to the school’s press release. Nerih partnered with local organizations to build a sports complex to provide recreational programs and received a federal grant from the Department of Education to start a leadership and development center.

Offensive line coach Andrew Jordan is a West Charlotte High School graduate who played at Western Carolina University. He was drafted in 1994 by the Minnesota Vikings in the sixth round. Jordan also played for the Philadelphia Eagles and Tampa Bay Buccaneers.

Mike Austin, who will serve as assistant head coach and defensive coordinator, played football at Livingstone in the 1990s. According to the Salisbury Post, Austin was part of Livingstone’s championship team under coach Rudy Adams and spent time as an assistant coach in the early 2000s under George Johnson.

Gilbert is a native of Aliquippa, Pennsylvania, and played football at Aliquippa High School before attending the University of Pittsburgh. He entered the NFL Draft in 1992 where the Los Angeles Rams selected him as the third overall pick. Along with the Rams and Panthers, Gilbert also played for the Washington Redskins and Oakland Raiders. He retired in 2003.

He was inducted into the Beaver County (Pa.) Sports Hall of Fame and the Western Pennsylvania Interscholastic Athletic League Hall of Fame. Aliquippa High School retired his No. 71 jersey and the city presented him with a flag and proclamation.