This math teacher turned food blogger remembers the moments that created her love story with food. 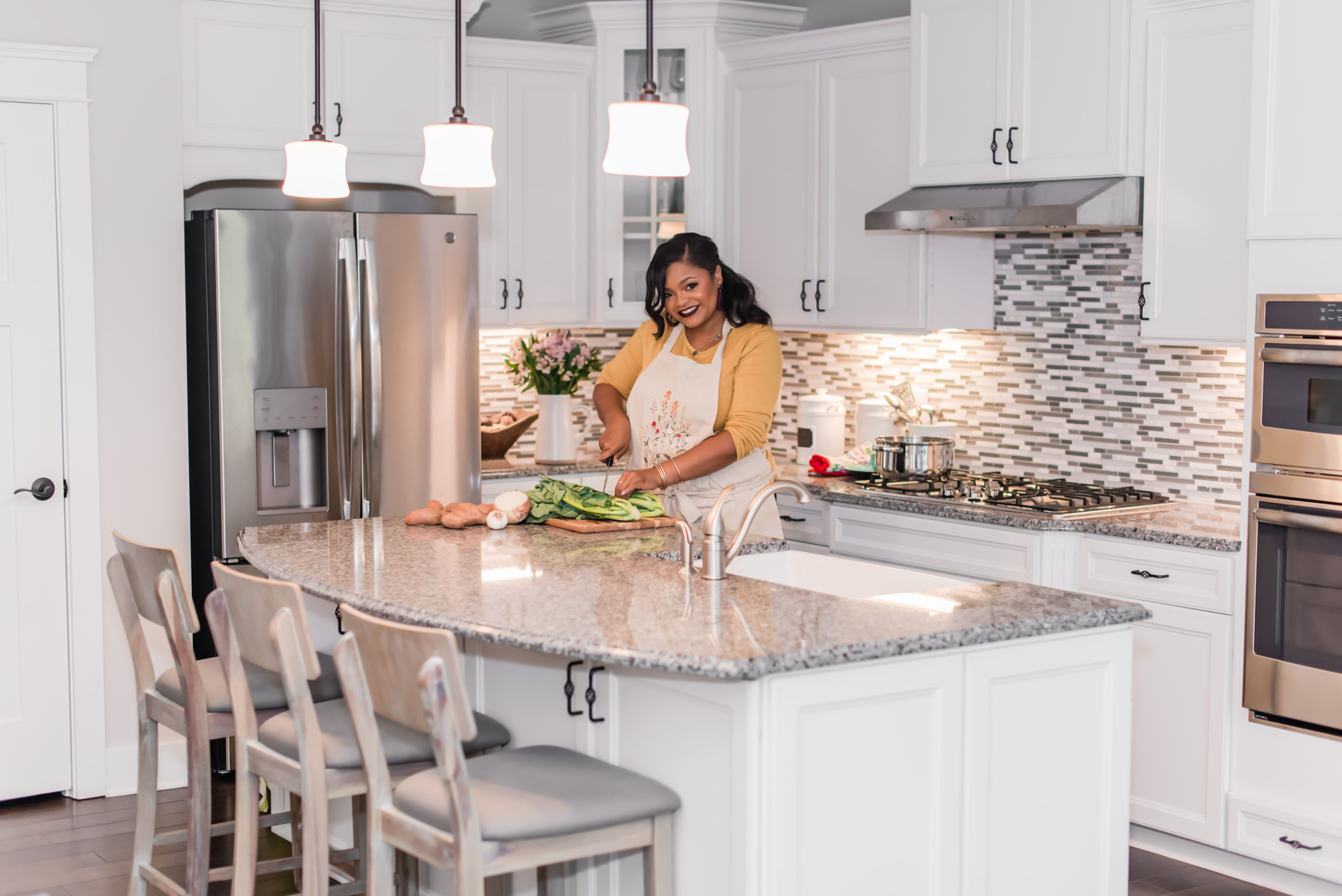 I spent eight years teaching math, from instructing third graders about fractions to high schoolers about precalculus. Now, I spend most of my days testing recipes, experiencing new restaurants and blogging about my journey.

My relationship with food began with my mom, Erica, who worked two jobs but still managed to make sure my sister and I had the opportunity to devour home-cooked meals. I admired how she prepared every dish full of flavor and presented it in a way similar to those in cooking magazines. She made cooking look effortless, never seeming like she used a recipe to make it happen.

Growing up in Winston-Salem, my mother inspired me to want to create that same effortless cooking experience with meals that were savory and filling. At gatherings, family and friends complimented mom on her culinary skills. The comments always brought a smile to her face. Our incredibly close relationship granted me access to her recipes and techniques, and it sowed the seed for my love for cooking.

When I was younger, mom would get home late from her route as a school bus driver. Dinnertime usually happened around 8 p.m., but the time before dinner was my favorite — meal prepping. During meal prep, I would talk my mother’s head off about everything that happened at school, from who was dating who to the hot topics around the school lunch table.

I remember an instance when I was 15 years old that changed my relationship with the kitchen, and food, forever. As usual, I followed behind my mom to the kitchen to start our daily conversation as she prepared dinner. While sharing the latest high school gossip, my mom stopped me and said, “If you are going to be in (the kitchen), you need to do something.”

That one sentence had a huge impact on me.

I cooked throughout high school and into my college years at North Carolina A&T State University. I moved into an apartment with two other girls during my junior year in college. I couldn’t wait to showcase my cooking skills. At 20 years old, I dazzled my friends with my fried chicken that was crisper than February’s cold air, and I knew how to make an entire pot of collard greens seasoned correctly with turkey neck.

However, the excitement of a new apartment and entertaining my friends was short-lived. Eight months later, my mother would start a fight with pneumonia in addition to her diagnosis of pulmonary fibrosis.

While my mother was in a coma, I remember telling her she couldn’t leave me because she still had recipes to teach me. For some odd reason, I thought that would be enough for her to open her eyes. But words weren’t enough. She transitioned to heaven on Feb. 19, 2005, and at 21, my life started without her.

The years after my mom’s death were incredibly painful and, at times, the days felt unbearable. With the support of my family — biological and Aggie classmates — I graduated from A&T in 2007, earning a degree in applied mathematics with a focus on economics. After graduation, I was ready to start my new life in the Queen City, where I landed my first job as a math teacher at West Mecklenburg High School.

Last year, I started to feel uncomfortable that I was no longer thinking about my mom as often. It signaled that I was losing my memories of her. To keep my mother’s memory alive, I started getting serious about cooking. After leaving my career as a full-time teacher, I dedicated my energy toward writing stories, testing recipes and detailing those experiences through social media.

Food moments connect me with my mom’s influence over my love for food. With that, I look forward to sharing food moments with the QCity Metro family.