Mann to star alongside husband and Tyler Perry in Madea farewell stage play. 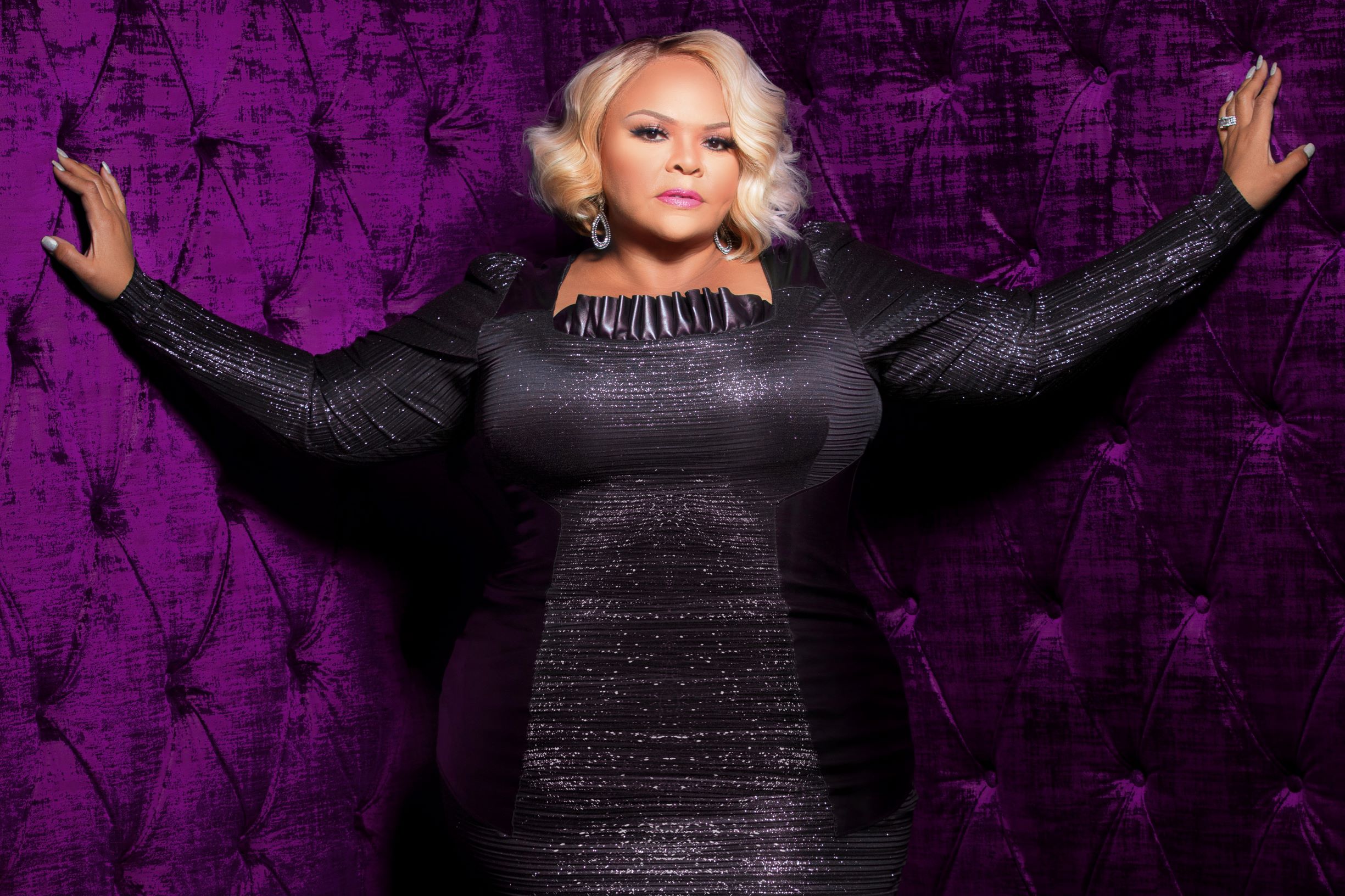 It was a few days before Tamela Mann would take the stage at the Spectrum Center to reprise her role as Cora Simmons in Tyler Perry’s “Madea’s Farewell Play” Tour. She was fighting a cold but still obliged to take my phone call while sitting in her doctor’s office.

Many of us first heard the Texas native’s powerful voice on the mid-90s track, “Now Behold the Lamb,” where she sang lead vocals as a member of Kirk Franklin & The Family. Give her a mic, and she’ll blow you away. Offstage, she says, “I wouldn’t say I’m shy; I’ll call it reserved.”

In recent months, Mann has had a full plate, with an award-winning music career and business ventures that keep her busy. She does it all while trying to make significant lifestyle changes that include a very public weight-loss journey.

Recently, I had a chance to speak with the gospel powerhouse about upcoming projects, her nearly 32-year marriage to comedian David Mann, and living a healthier lifestyle.

With the Madea character being so synonymous with you and David, how does it feel for this chapter to be coming to an end?

It feels really funny, but my thing is, are we really coming to an end? I don’t know. [Tyler Perry] says he’s tired of putting the costume on and talking in the high-pitch voice and everything.

It’s been a wonderful run. It’s been about 13 years since we’ve all been on stage together. It’s a remarkable feeling for us all to come back together and to have that chemistry.

We just had Oprah in town over the weekend for her 2020 Vision Tour presented by WW (formerly Weight Watchers), and you’re also an ambassador. What has this journey been like for you, and what does it mean to have support from your family?

Teaming up with WW has been one of the greatest things I’ve done when it comes to wellness. It helped me realize it’s not a diet but a lifestyle change. The support of my family has been great with them pushing me.

It’s comforting that no matter what anybody else does, this is something that I had to do for myself. Some decisions in life, you have to make on your own. This is one decision that I’ve made on my own to stand regardless of whatever anybody thinks or whatever anybody is doing.

What has been the biggest lifestyle change?

The biggest lifestyle change has been mentally, and still making the right decisions in choosing the right food. That’s something we have to deal with day to day. It’s been the most challenging thing for me, but yet rewarding because when you do good, of course, you get great results.

There are some days when you may be weaker than others, but that doesn’t mean that it’s all over. You just dust yourself off, get up and try to stay focused on getting it right.

I was on your YouTube channel, and I came across the video, “The proposal that never happened.” I was laughing because I related to having that marriage conversation on a car ride and not having an official proposal.

In Charlotte, you’ll meet people who have a desire to date and want to settle down. What do you say to those people who have yet to find their person but have that desire?

I think the thing is not to give up hope and know that it’s never too late to find somebody who will love you for you. We’ll go into situations thinking that we have to do a bunch of changing to make somebody happy, but you first have to make yourself happy. You have to love yourself first.

In your book, “Us Against the World,” you and David were very transparent about the ups and downs of staying together. Why did you feel that was a side your fans needed to see?

We were married for five years and a past relationship came up. He found out that he had a child. The little girl was 5 years old when the mom came serving papers. That was a big shock, but because of my love for him, I was willing to work through it.

It was something that happened before we became a couple. [The situation] was a challenge, but it was a challenge I was willing to fight for because I felt like we had something great. Even to this day, I feel like I married the best man in the world.

You and David have an entertainment company, Tillymann Entertainment. What are some things you’re working on?

Also, we’re teaming back up with Tyler Perry to do a new sitcom called “Assisted Living.” [Characters] Mr. Brown and Cora are coming back.