Charlotte's provocative artist awarded prize to produce "The Cathedral of Messes." He also shares why he rejects the "starving artist" narrative. 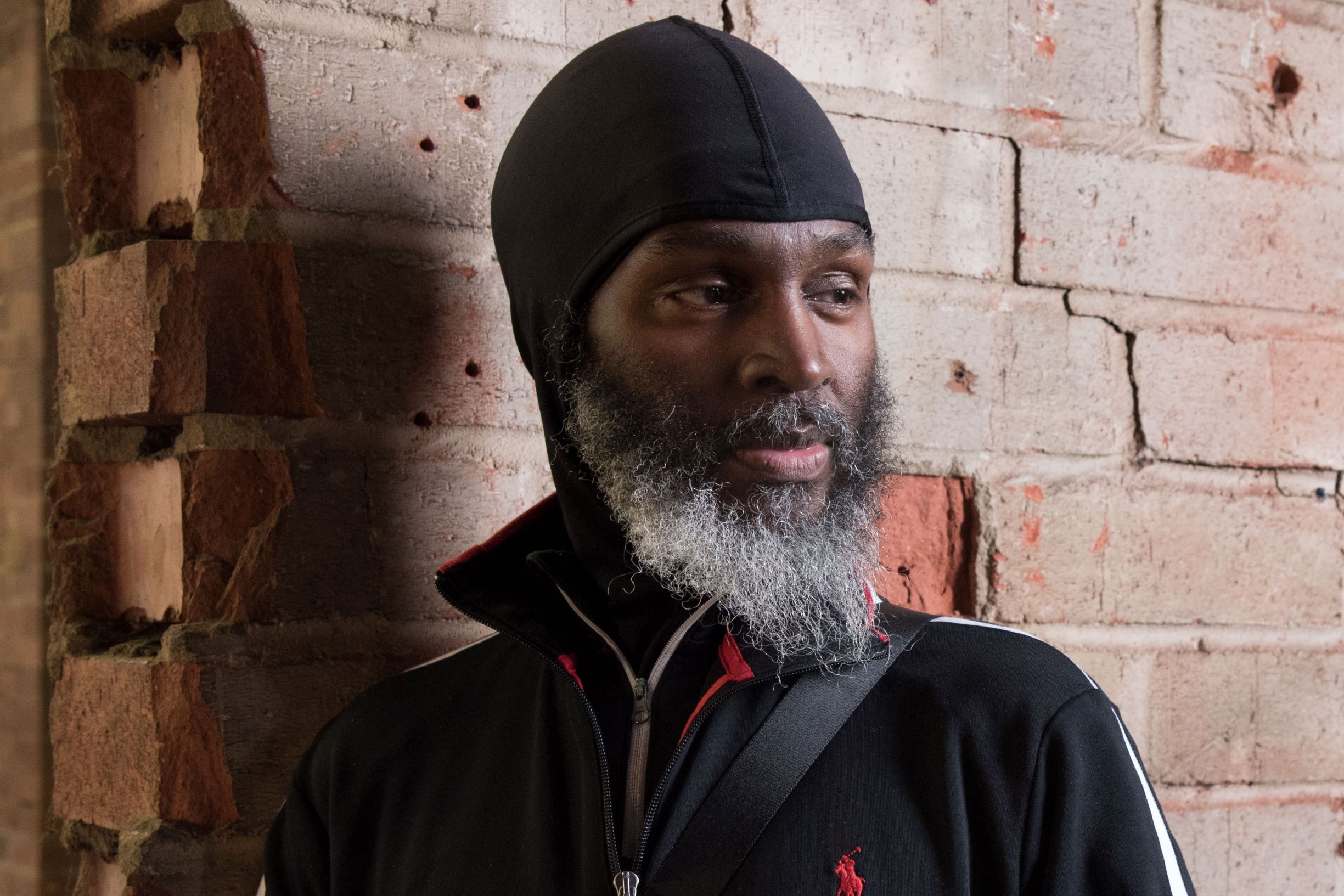 “I don’t wake up in the morning and say I’m going to defy the odds. I say let the odds be what they may, I’m showing up.”

John W. Love, Jr., Charlotte’s high priest provocateur, its purveyor of the profound and profane, has made an art of showing up. For years, the West Charlotte native has blended writing, sculpture, performance and film to create installations that defy categorization. They are ritual and riot, charged with a healthy dose of mother wit, and feel like an extension of his peculiar yet familiar consciousness.

Love just received a $100,000 Creative Capital award meant to advance the sort of innovative, challenging work he’s known for. Half of the award is allocated for the project itself and the other half for career development.

“One of the beautiful things about the Creative Capital process is they encourage you to try a project you’d never do otherwise,” Love said. “Big, bold, progressive, even dangerous, ideas, and they encourage everyone to be absolutely realistic about what it will take to do the project. It can take four years, whatever.”

Love’s “The Cathedral of Messes” was chosen, one of 35 projects, from a pool of more than 4,000 applications. Though still in the early phases, it will see the return of Perpetually Pregnant Man, who narrates Black Lilly Billy, Neema, sister Neeqa, Salt Daddy, and lots of other “interesting, irreverent, juicy beings,” some familiar, some new, from Love’s creative pantheon.

“It heals, erodes, preserves, destroys, too much or too little will kill you,” he says. “A lot of my work is about the cyclical nature of life. There is really no death, just transition. Even in death, there’s still movement and change.”

If that sounds very rooted in afrospiritual traditions, that’s because it is: Love has been a student of afrospiritualism for most of his life, and ritual symbolism features heavily in Cathedral.

“I’m doing a lot of writing, story, characters, narratives, dabbling and swimming around in this really rich material, but I have no idea where it’s going. I absolutely love this part of the process. There are some physical sculptural explorations and techniques that I’m delving into and that’s exciting, and there’s a whole series of rituals that are very kinetic called the 22s,” he says.

The 22s are rituals that the mystic narrator The Perpetually Pregnant Man takes himself through. They will be stationed throughout the finished installation, inviting viewers to engage in them as they walk through the video and sculptural exhibit, with audible instructions for each element seeping into the subconscious.

“I’m constructing a waking dream,” Love says. “I learned early on in my creative and spiritual life that the lines of demarcation between those two are blurred for me. If you look at the tradition of performance, be it a play, a dance or a musical performance, those are rituals. I’ve always known that a rich engagement in the creative process was a spiritual enterprise. So when people walk into my work there is a ritual already in place. They are walking in and participating.”

Lay it all on the line

According to Creative Capital’s site, “’The Cathedral of Messes’ is the scene of a crime: a mystic has assassinated his inner saboteur. Crystalline enshrined shoes and body parts of sculpted black salt float in a sea of video, literature, and performance in an installation dedicated to obliterating a virus known as shame.”

Shame could be the one quality Love lacks. He’s a striking figure, slender, with a salt and pepper flourish of a beard that stirs even in breezeless temperature-controlled rooms. In a stylishly monkish hood or the sequin-adorned prosthetic belly of the Perpetually Pregnant Man, Love never shies from making an impression–and seems to demand it of everyone in his presence.

“Me showing up in the fullness, richness, vibrancy, impassioned oddness, strangeness, and brilliance of myself is a non-negotiable,” he says. “It’s the only way I show up and the only way I’m interested in showing up. I’m willing to take what comes with it even if it’s often not appreciated.”

And to be sure, Charlotte has not always appreciated Love’s particular way of showing up.

In 2010, he gave a performance at Charlotte’s first TEDx event that so scandalized organizers, they cut the live broadcast mid-stream. Ironically, that ill-fated performance contained the seeds of several of his most iconic and enduring voices and characters. Black Lilly Billy, born with eponymous flowers unfurling beneath his feet, and his mother Neema, who named the gates of hell, have since figured in Love’s creative landscape consistently, showing up in everything from Fecund, his 2010 Arts and Science Council-funded interdisciplinary debut, to his winning 2017 Guggenheim application, to Cathedral of Messes, the Creative Capital-funded project.

But Love’s first creative passion was acting. “Often people think acting is about lying when it’s about telling a creative truth. Acting is not about hiding but revealing,” he says.

He started in plays and performances in church, then school. By the age of 14, he had an agent and was working professionally. He credits that with building his resilience for life as a professional artist.

“You go into a room full of strangers and give everything you have, you lay it all out on the line. They don’t call you and say great job, thanks for trying. If you don’t get the gig you’re just left hanging. So after the 3rd, 5th, 20th time that happens you learn to be resilient. For me, not being chosen doesn’t mean sh*t,” he explains.

This toughness translates to his commitment to continuously create and submit work.

“People have this illusion about applying for something one time. I’ve applied for Creative Capital so many times I’ve lost count,” he confesses. “I didn’t receive that Guggenheim solely because I deserved it. It was the convergence of many things: the right panel, the right work in the right year. Sure, I’m deserving, but it’s a timing thing. You have to be consistent.”

“They aren’t beating down your damn door”

He says one of Charlotte’s biggest challenges in supporting local talent is the way the money is allocated.

“The majority of the monies funneled through the ASC go to organizations, it’s absolutely true,” he says. “I’ve always said there needs to be more funding for individual artists, period. My first grant was from the ASC when they first opened funding up to individual artists.”

“I refuse to be limited by any of it. I participate richly in the deepest game that I can participate in, and let the cards fall where they may,” he says. “I think the most important thing about my particular journey has been my path of creative autonomy, though it has come at a great price.”

He has hard but encouraging words for Black artists seeking to establish themselves here.

Artists of color and those along the feminine spectrum must show more persistence despite the challenges that exist, he insists.

Love says creatives should go to museums and gallery openings simply because they’re part of the zeitgeist of the city.

“If you have ghettoized yourself into only going to spaces filled with people who look like you, how do you think that’s supposed to work?” Love asks. “If you feel like you don’t belong in the Mint Museum–you do know there are plenty of artists of color in the collection–how will you have that conversation with Nick Cave or Renee Stout?”

He continued, “It’s not like they’re blocking the doors, actively keeping you out. We aren’t living in that time anymore. But they aren’t beating down your damn door either. If you want in, walk the f*ck in, and say I’m here.”

He cites Marcus Kiser and Jason Woodberry as solid examples of this. “They’ve been showing up to the process in a vibrant way for years,” he says, and he hopes to witness more of that in the world.