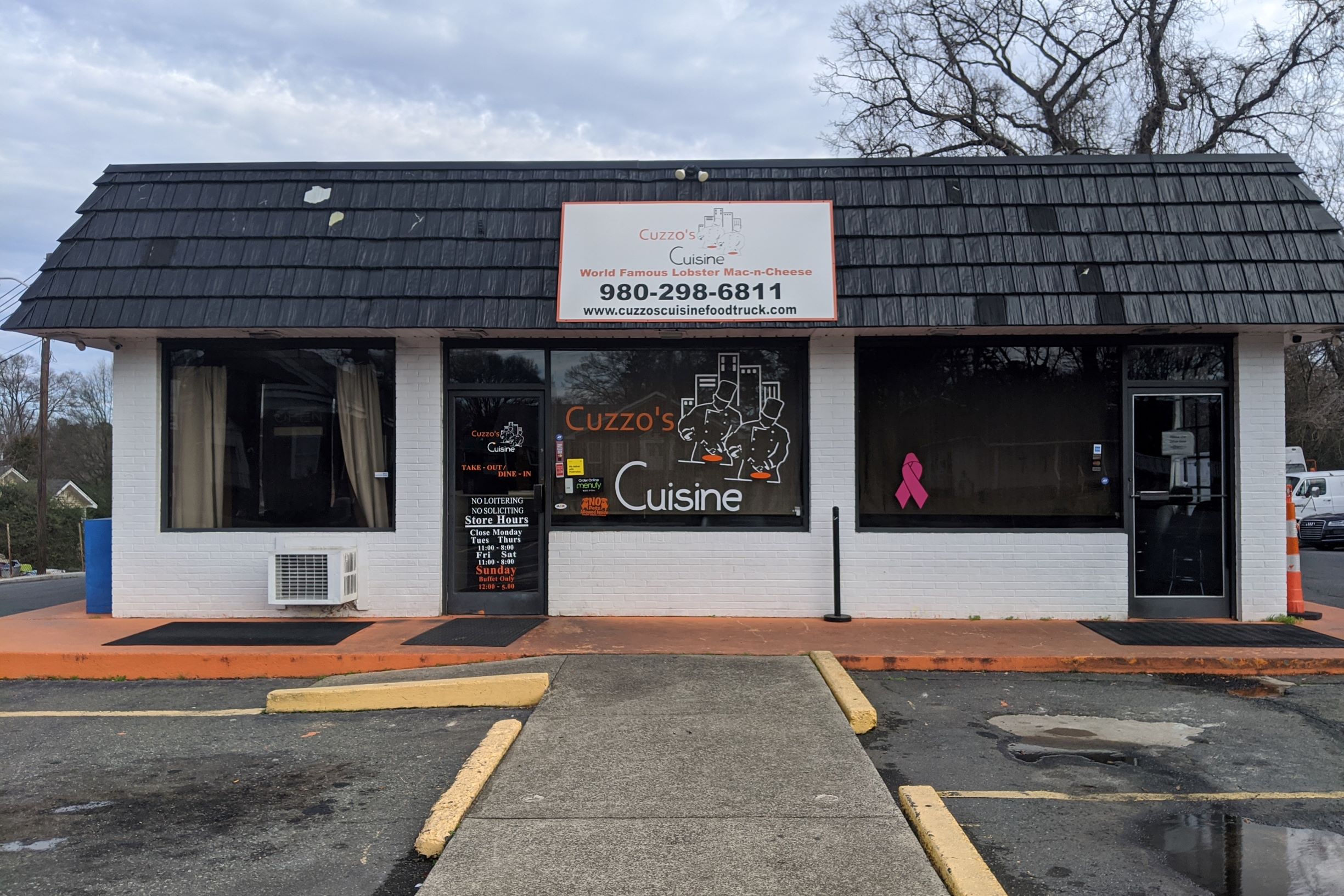 It was back in 2014 when cousins Anglee Brown and Chef Andarrio Johnson decided to start a gourmet food truck specializing in Southern fare. The name of the truck? Appropriately, Cuzzo’s Cuisine. Two years later, the family took the next step, opening a brick-and-mortar restaurant of the same name off of Tuckaseegee Road in west Charlotte.

Now, four years later, the cousins have expanded once again with the Feb. 1 scheduled opening of another Cuzzo’s location in University City.

“Establishing a franchise was always the plan,” according to Chef Johnson, who started as a caterer before teaming up with Brown. “Opening the first restaurant let us know what was possible. Being able to expand to University gives us even more reach to our customers, a lot of whom were coming from that area to Smallwood [neighborhood] to see us.”

The cousins will open in The Terraces at University Place, with plaza neighbors including Caribbean Hut and Press Box Bar and Grill. Cuzzo’s will move into the former Black-owned franchise location of Burgerim, a fast-casual gourmet burger restaurant that found it difficult to gain traction in the area.

Shiniqua Lee, who operated Burgerim with her husband Jay, said the partnership with Cuzzo’s came right on time.

“After running Burgerim for a while, my husband and I realized that it was not thriving as expected,” said the 27-year-old, first-time franchise owner. “We considered closing the business for good and walking away but didn’t want to lose all of the hard work we put into it. We prayed on it and asked God for a solution.”

Those prayers led them to connect with Cuzzo’s, a place they’d loved from previous visits.

“It fell on our heart to reach out in hopes of partnering. When we approached Cuzzo’s, we didn’t know what to expect, but the support and the welcoming with open arms were beyond words,” she continued. “Imagine these two Black-owned businesses coming together to uplift one another. We were seriously ready to close our doors, but God had other plans.”

For Johnson, the feeling was mutual.

“It felt good to make it happen with another Black-owned business,” he said. “It’s always important to keep it in the family, so to speak.”

Cuzzo’s proximity to UNC Charlotte allows the students and area residents to see more representation in successful businesses. University City is a majority-minority area of residents, according to data from University City Partners. Black residents make up 40% of the University City market area, followed by 9% Hispanic and 8% Asian.

Lee summed it up by saying that “it’s critical to show and encourage a younger generation being told they can do anything they set their minds to. That becomes a reality when our youth and others see a striving business and are able to support this business with their own dollars.”