What grade would you give Mecklenburg County’s criminal justice system?

Starting this year, the three main crime-fighting branches -- cops, courts and local prosecutors -- will issue themselves a quarterly report card. 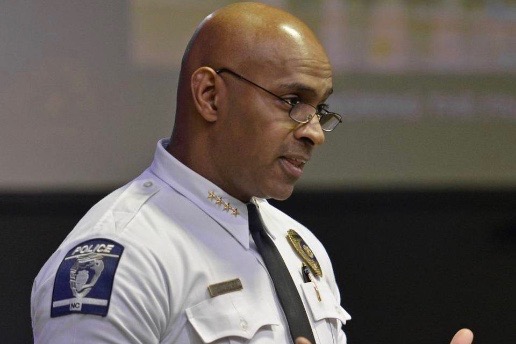 Stay informed about important local issues. Sign up for our Morning Brew newsletter.

Overall, crime in the city rose 6%, while violent crime was up 12%, and property crime rose 5%. Leading the way was the city’s criminal homicide count, which ended the year with 107 illegal killings, up 90% from the year before.

Despite those increases, Putney said the Charlotte-Mecklenburg Police Department is implementing strategies and building community relationships that will pay dividends for years to come.

Putney made those remarks at the department’s annual Safety, Trust and Accountability Report news conference, an event where CMPD releases year-end crime statistics and recognizes crime-fighting efforts by its own officers as well as by community groups.

Puttney said he was at a loss to explain the sudden rise in homicides, which did not include at least a dozen killings committed in self-defense. One common factor, he said, was that many of the illegal killings involved “petty, minor arguments over drugs, social media posts, over small amounts of money, $20 in some situations.”

Fighting crime will require a community-wide effort, he said, including more funding for groups such as Cops & Barbers, which works with local youths and police volunteers to steer young people away from criminal offenses and toward a possible career as barbers.

Putney, who has announced plans to retire following the Republican National Convention in August, said Charlotte residents can expect closer ties this year between CMPD, District Attorney Spencer Merriweather and Chief District Court Judge Elizabeth Trosch. Starting in the first quarter of this year, he said, those three branches of the local criminal justice system will issue an “accountability report card” that will essentially outline what each is doing to reduce crime and hold accountable repeat offenders.

Putney has frequently called on prosecutors and judges to get tougher on suspects who carry guns or commit violent crimes. “Nothing should be done in secret that determines your safety,” he said.

The three branches of law enforcement will seek public input to determine what factors should be measured in the report card, he said.

Other year-end statistics reported by CMPD: