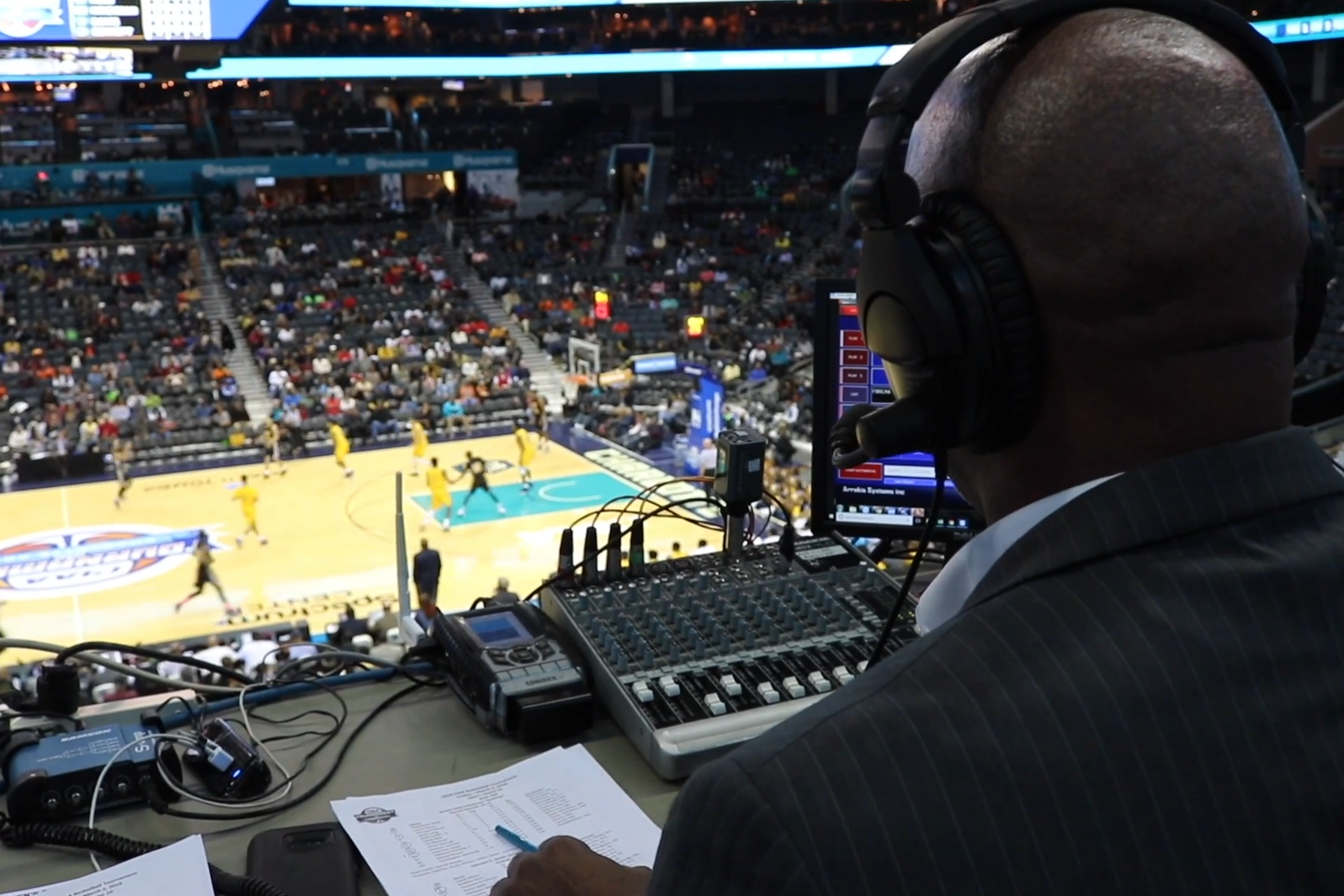 The Central Intercollegiate Athletic Association (CIAA) recently unveiled a commemorative video in honor of the 75th anniversary of its basketball tournament. Courtesy of CIAA

In celebration of its 75th anniversary of basketball, the Central Intercollegiate Athletic Association (CIAA) released a commemorative video highlighting its history as the nation’s first African American athletic conference.

“Basketball is something we have been able to hang our hat on to point to our accomplishments,” said Stephen Joyner, Sr., Johnson C. Smith University’s Director of Athletics and men’s basketball coach.

Joyner has coached at JCSU for more than 30 years, winning three CIAA basketball championships (2001, 2008, 2009). He also played point guard for the Golden Bulls as a student in the early 1970s.

“The CIAA was here for me when nobody else was, so I wouldn’t abandon it, and I wouldn’t trade it for the world,” said the two-time All-CIAA student-athlete.

The conference’s 75th anniversary basketball tournament takes place Feb. 26-29 in Charlotte, marking its 15th and final consecutive year in the Queen City. CIAA officials announced last January that the event will move to Baltimore for the 2021-2023 tournament seasons.

Watch the full commemorative video below.