Attorney created For The Struggle, Inc. after facing constant asks to buy up her west side neighborhood 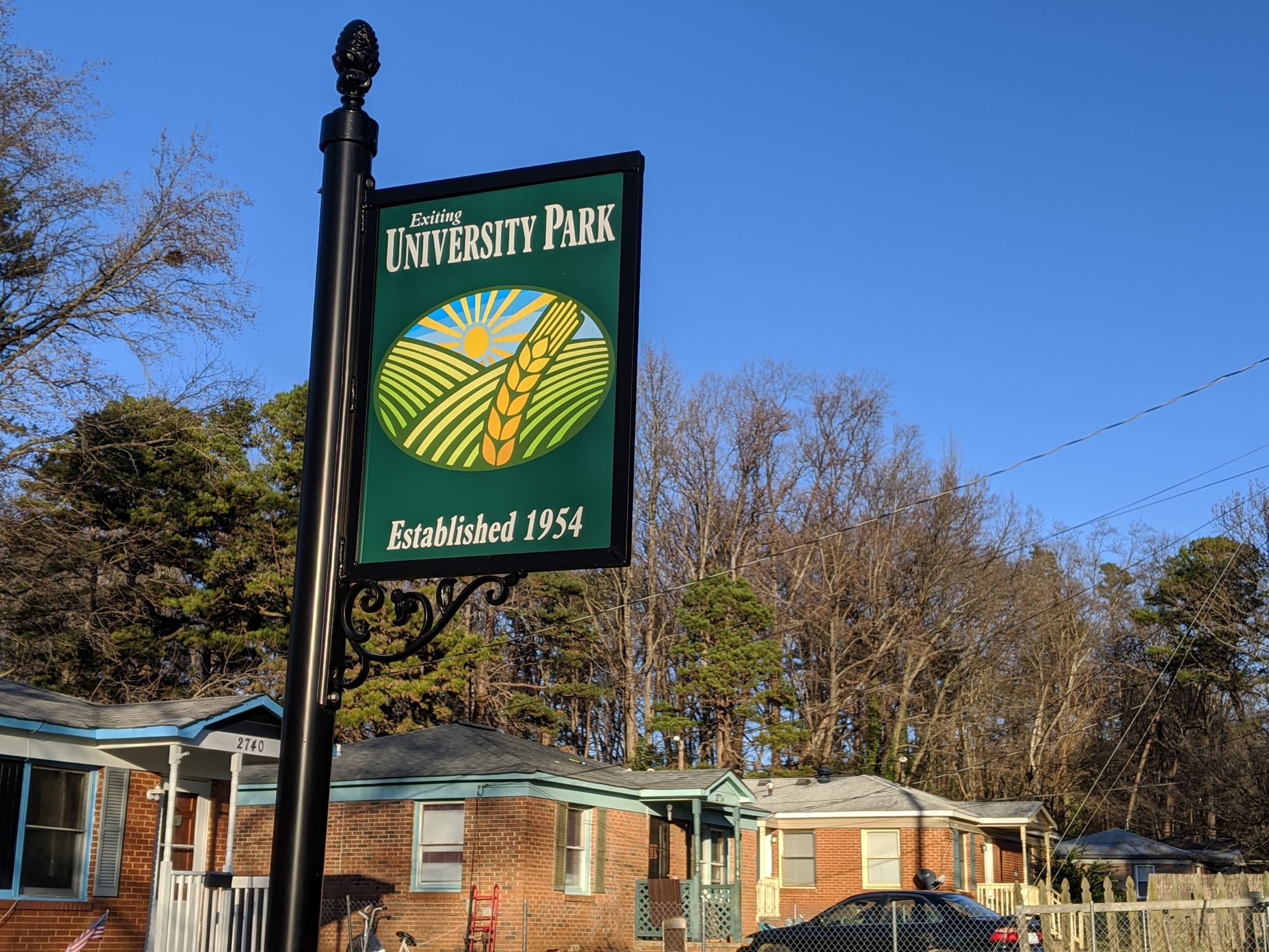 When Alesha Brown bought a house on Charlotte’s west side in 2018, she loved everything about it. Her University Park community was historic, her neighbors friendly, and most important, it was Black.

“It was very intentional; I wanted to live around my people,” she said.

The Charleston, South Carolina, native has a background in advocacy: she practiced law in New York City, working as counsel for New York’s Committee on Civil Rights and Contracts before moving back south in 2017. In Charlotte, she is an attorney practicing civil rights and civil litigation law.

So when Brown began receiving leaflets in her mailbox daily from predatory home buyers, she grew irritated. When she learned that some of her elderly neighbors had lost their homes to investors for cash amounts far below market value, she got angry.

Brown did research regarding whether black westside residents were being disproportionately targeted by home buyers and developers.

According to Brown, neighbors are losing their homes because they can’t afford the property taxes or their homes are in need of major repairs.

“Residents are simply unaware of the various city, county, and third-party resources available to them to help them maintain their homes,” she said. “Or Grandma left the house to a grandkid who sells it because they’ve never seen $50,000 in cash before, and it looks like a lot of money. They don’t know how fast that spends.”

A movement is born

To battle that outcome, Brown last May launched For The Struggle Inc, a nonprofit organization that focuses on advocating for communities and against systemic racial and social injustices. Specific campaigns are based on issues that are being reported by community members. Brown hopes to see FTS grow statewide and nationally, “almost like a Black [American Civil Liberties Union].”

“I always knew I would start a nonprofit, but as I worked with many, I started to become frustrated. I saw a lot of them use the Black struggle for funding but not making any progress,” she said. “They’re trying to identify problems in a community they are not a part of.”

For that reason, Brown felt that FTS needed to be community based.

A focus on seniors

Its first large-scale campaign is the Elder Response Initiative, which specifically addresses the needs of seniors struggling to keep and maintain their homes.

To identify seniors in need, FTS is hosting a series of canvassing efforts, beginning Jan. 20 in the Historic West End neighborhood of University Park, near the intersection of LaSalle Street and Beatties Ford Road. Following a training session, volunteers will canvass assigned neighborhood blocks with surveys, speaking to seniors about the issues affecting them and where they need assistance.

A team of FTS members will examine the completed surveys before reaching out to the seniors to offer solutions. Simultaneously, planning for the next wave of canvassing will be underway.

“If that means someone sitting down with them to work out estate planning or help fill out a Habitat for Humanity application for home repairs, we’ll do that,” Brown said. “Transportation and access can be issues, so the idea is to bring resources to them.”

Workshops on financial and estate planning are also in the works, so that families can attend together to increase generational knowledge. Brown thinks that’s the only way to protect Black communities long-term.

“Gentrification and displacement are real-life issues for us. But we can save our neighborhoods by educating our people,” she said, “so when someone knocks on the door with $80,000 in cash, we’re already educated, and we have a will and trusts in place to create generational wealth within our families. We can close that door.”

Those interested in volunteering for the Elder Response Initiative may sign up for the Jan. 20 training and activation session here.