These women are making Charlotteans with disabilities a priority

Monique Stamps and Judith Brown are using their personal experiences to advocate for Charlotteans with disabilities. 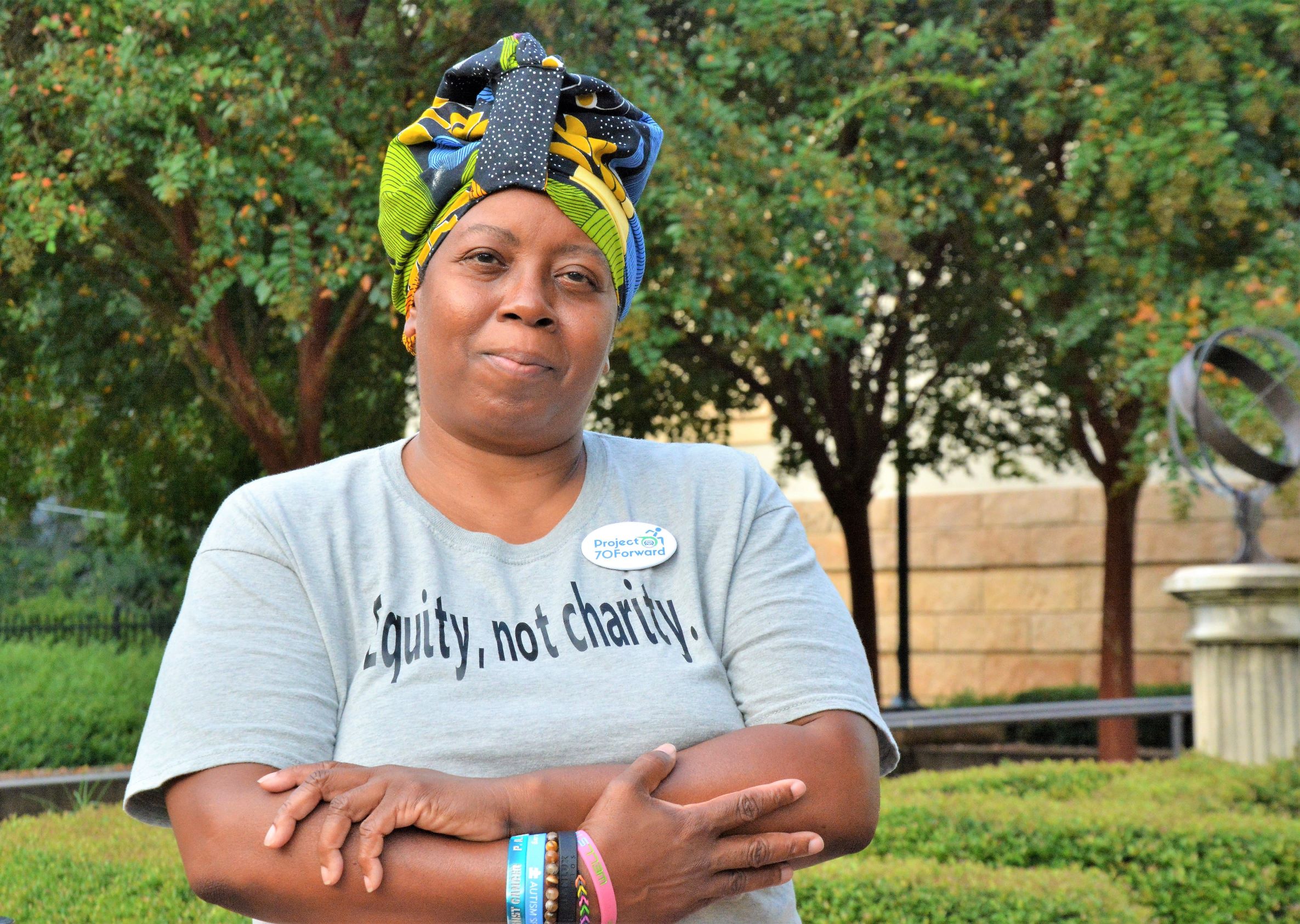 Judith Brown is executive director of Project 70Forward, a nonprofit working to create an inclusive community for Charlotteans with disabilities. Photo courtesy of Judith Brown

Among Charlotte’s diverse population, those who are disabled rarely get the attention they deserve. Monique Stamps and Judith Brown want to use their personal experiences to help change that, especially for people of color with disabilities.

At 16, Stamps was involved in a car crash in Rock Hill resulting in injuries that left her reliant on a wheelchair. Following the accident, she found it difficult growing up with a disability. Doctors warned her against having children, friends and family suggested she collect disability insurance instead of going to college, and the agency that was supposed to be a resource wasn’t very helpful.

Under section 14(c) of the U.S. Fair Labor Standards Act, companies can pay disabled workers below the federal minimum wage. When the local Vocational Rehabilitation office placed Stamps in a job sorting plastic spoons, she fought back.

“They told me I was being arrogant versus trying to get an education and live a full life,” she said. “If that made me arrogant, then so be it.”

In 2000, Stamps earned her bachelor’s degree in social work from Winthrop University. Four years later, she relocated to Charlotte to work at an independent-living facility mentoring others with disabilities. That was her first meeting with Judith Brown, who had come to the center for assistance.

Motivation to change the system

Brown lived in New York City and Baltimore before moving to Charlotte in 2010. She suffered hearing, vision and spinal cord injuries in her late 30s that prevented her from working. Brown also discovered that her two sons were autistic. Doctors misdiagnosed her family, she said, because their symptoms weren’t common in African Americans.

“You literally are fighting a system that has a long history of not treating Black people well medically,” Brown said. “Then, you add disability on top of that where we’re just seen as people who just want to get a check and stay at home.”

Stamps left the independent-living facility to start the Charlotte chapter of Women Embracing Abilities Now (WEAN), a support network that mentors disabled women. She’s also an ambassador for The Raw Beauty Project, a nationwide modeling exhibition for disabled women. Her goal is to help young women of color with disabilities succeed.

Through WEAN and Raw Beauty, Stamps has inspired girls to go to college. After hearing of her efforts, the National Spinal Cord Injury Association tapped Stamps to become a spokesperson. When she suggested a women’s conference, they agreed to set it for 2020.

Project 70Forward primarily serves low-income communities where access to jobs and housing is critical. Brown says employment is a major issue for disabled residents and accessible housing is severely limited. Next year, all members will be peer-support certified.

“It is so important for people to feel there is somebody out there [who] understands [and] looks like them,” she said.

In their research, Stamps and Brown learned that 16% of Mecklenburg County residents are disabled, but it can be hard to bring attention to disability issues at community meetings.

Stamps recalled an instance where WEAN members attended a local forum, but were passed over when it came time to speak. Brown had to put in a request for disability speakers to join a conference. The two also felt unsupported by Black churches that seemed more concerned with fixing them than helping them.

Advocating for disability rights has thrust both women into leadership roles neither wanted, but their dedication to the cause pushes them to continue encouraging Charlotteans with disabilities to speak up and join their community.

Bryant Carter is a freelance writer from Brooklyn, New York. He graduated from UNC Charlotte with a degree in English.