The predominately black neighborhoods that surround the church near uptown Charlotte are facing rapid gentrification as young professionals move in. 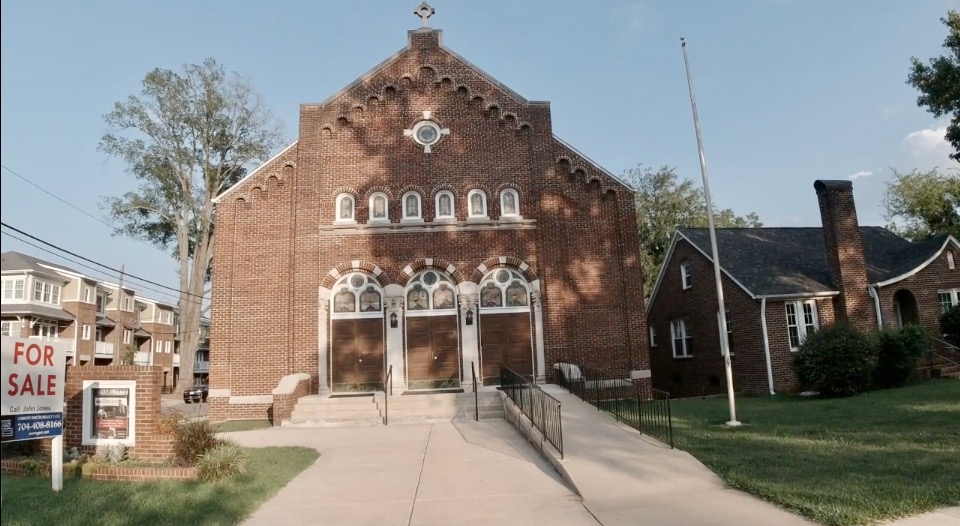 A shorter version of this article was first published in our Morning Brew newsletter. Sign up today.

A black church in the heart of Historic West End may soon be converted into condominiums, according a plan submitted to the city.

The historic building that’s currently owned by Charlotte Immanuel Church of All Nations on Grandin Road in Wesley Heights is now under contract to a developer. Built in the late 1920s to house a white congregation, the church in more recent decades has been occupied by black churchgoers — first by the A.M.E. Zion church and now for the last decade by its current owner.

Why it matters: The predominately black neighborhoods that surround the church are facing rapid gentrification. If the proposed Villa Emmanuel condo project is approved, it will represent further change in a section of Charlotte already facing a cultural transformation.

The church sits just blocks from Johnson C. Smith University and the CityLYNX Gold Line extension now under construction in the Five Points along Beatties Ford Road — a prime location in the shadow of uptown Charlotte.

According to papers filed with the Charlotte Historic District Commission, the condominium project was submitted by David Wales, a Charlotte architect. Plans call for the building to be extensively renovated but not demolished, according to the Charlotte Observer, which first reported the proposed sale.

Because the church sits in one of the city’s historic districts, any external changes must be approved by the commission.

Her group also had proposed buying the church, but it was unable to secure financing in time, she told Qcitymetro.

Adams said HWEP’s plan was to preserve the building’s “exquisite architecture” while using the structure as a “flexible civic space.” She envisioned the 400-seat sanctuary being used to host conferences, seminars and community events. The sanctuary also could be rented on Sundays to a local congregation, she said.

As for the building’s office spaces and rectory, Adams said HWEP had hoped to attract other nonprofits and startup businesses that need to find affordable co-working arrangements.

“Once you are awaken to it, you see all the possibilities,” she said. “It’s very hard to let go, understanding that we could have delivered something so powerful, not only for Historic West End but for the entire westside community.”

Adams said HWEP was slow to enter the bid process because its members assumed that another church would buy the historic building, which still is in use. Once the condo plan became known, she said, the organization first went to Charlotte-Mecklenburg Historic Landmarks Commission to seek help in purchasing the building.

The commission buys and sells “endangered historic buildings” through a $9 million revolving fund, according to its website. Adams said letters supporting Historic West End Partners were sent to the commission by the Knight Foundation, the Local Initiatives Support Corporation and by Charlotte City Council member James Mitchell.

By the time HWEP found financing to buy the building, she said, it already was under contract.

On Sunday, as news of the pending sale to a developer spread, Adams lamented the loss of another black-owned property in Historic West End.

“First of all, we need to own something,” she said, “because we are always subject to someone else for anything other than worship.”