This article was first published in our Morning Brew newsletter. Sign up today. Suspects charged with homicide no longer will […] 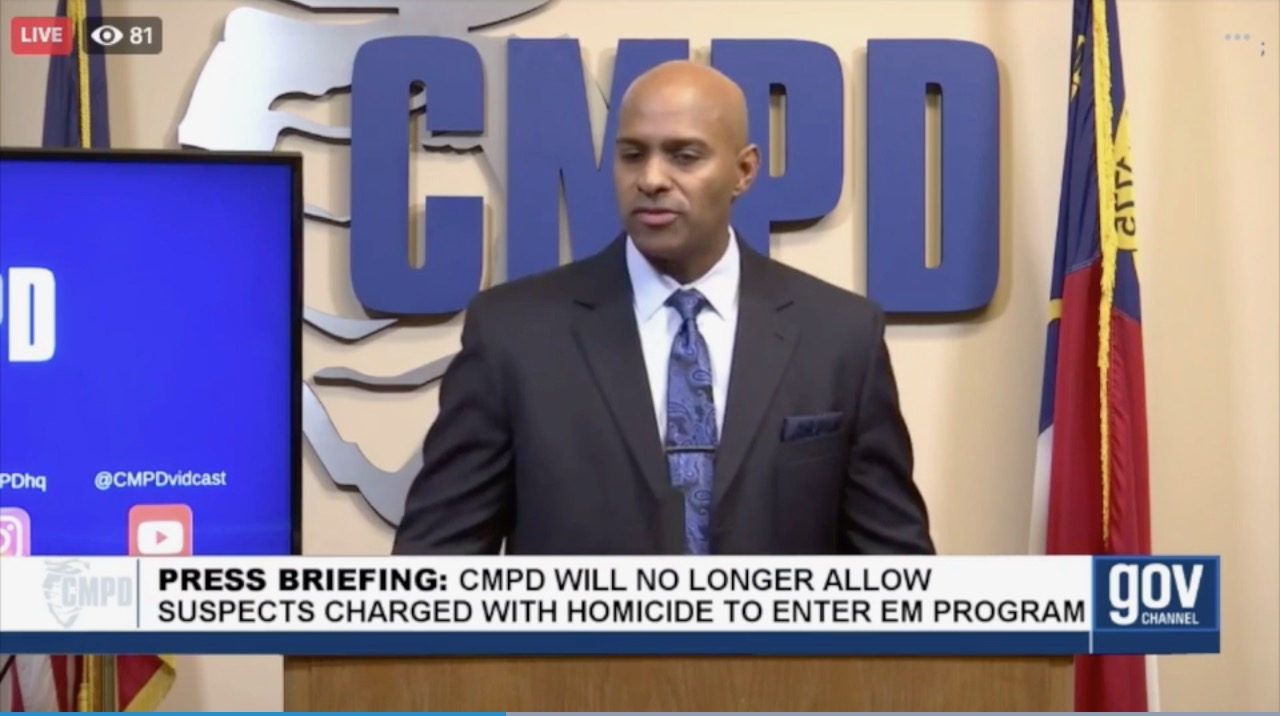 This article was first published in our Morning Brew newsletter. Sign up today.

Suspects charged with homicide no longer will be given electronic monitors while they await trial, Chief Kerr Putney announced on Friday.

Putney said he’s making changes to the department’s electronic monitoring program out of concerns about public safety. The department is considering a similar move that would exclude suspects charged with armed robbery.

Why it matters: As Charlotte has seen a spike in crime, Putney has pushed for judges and prosecutors to do more to keep violent offenders behind bars. By denying electronic monitors in homicide cases, the chief has removed an option judges have used to release homicide suspects who are awaiting their day in court.

“I cannot stand behind having murder suspects on (electronic monitoring),” Putney told reporters. “…I think the better place for them would be in jail awaiting trial.”

Judges can still set bail for homicide suspects, of course, but they must now do so knowing that CMPD won’t be monitoring the movements of those suspects.

By the numbers: In announcing Putney’s decision, CMPD released these stats:

The bottom line: Asked whether he had consulted with the local courts before deciding to end the monitoring program for homicide suspects, Putney said he had not.

“I’m the one who makes the decision,” he said. “…They don’t consult me when they recommend people (for electronic monitoring).”