The former congressman and star athlete discusses the network's delayed launch and the intersection of sports and social consciousness. 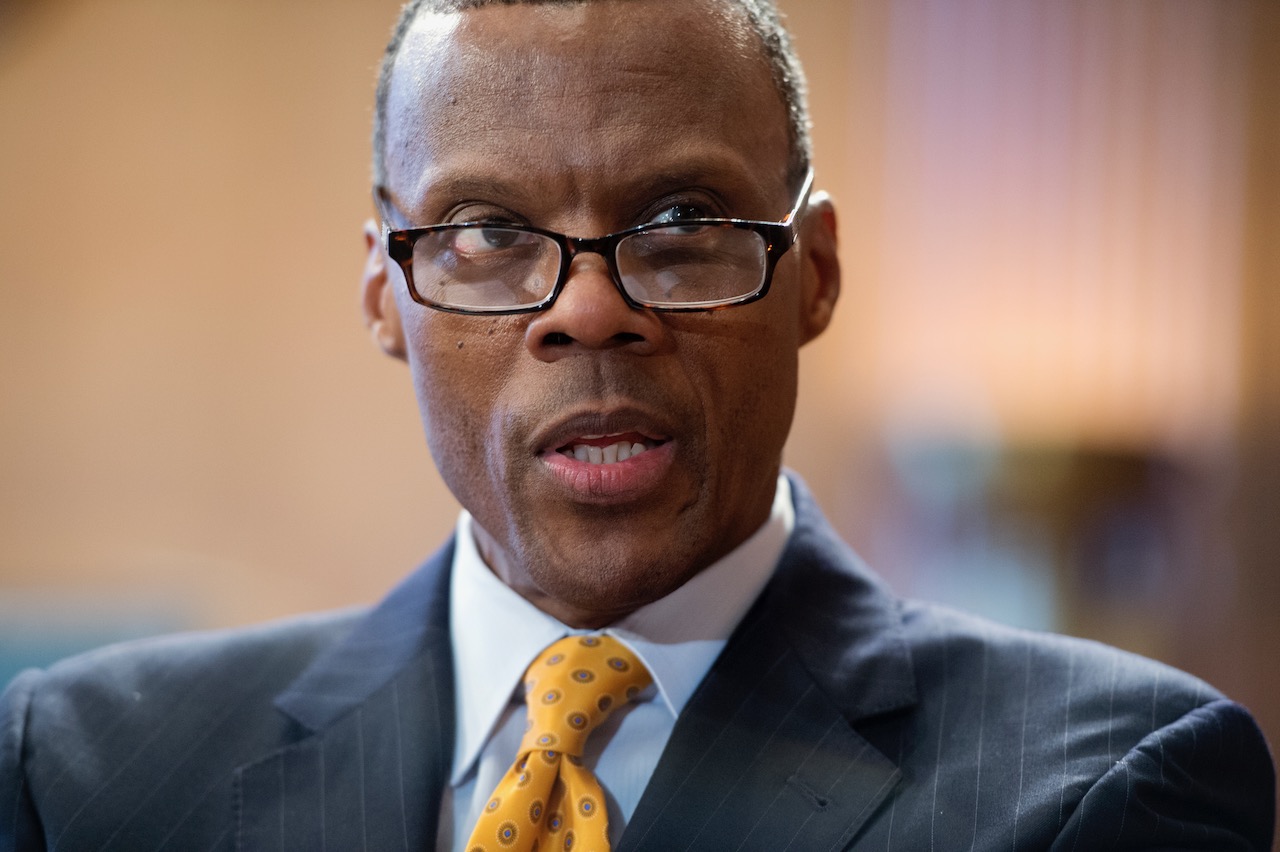 In October, we shared news that the Black News Channel was set to launch and become the nation’s only 24-hour news network aimed at Black viewers. Shortly after the story published, the network announced that its debut would be pushed back to Jan. 6, 2020.

The Tallahassee, Florida-based, network is the brainchild of J.C. Watts, Jr., a former Republican congressman and star quarterback for the University of Oklahoma in the 1980s.

In a recent interview with Watts, we spoke about the delayed launch, his challenges, and the intersection of sports and social consciousness.

Here are excerpts from our interview:

Q. You updated the media about pushing back the Nov. 15 launch date, but can you go into the thinking behind the decision?

The important thing was for us to get it right, as opposed to get it fast. We had a chance to add some more eyeballs with some partnerships that we’re working on. We’ll be announcing prior to our launch in the next couple of weeks.

The opportunity to add more eyeballs just made practical sense in terms of viewership and enhancing our business model, so we circled the date January 6.

Q. Did you have any concerns that people might prejudge you and Black News Channel based on the fact that you are a Republican?

I had Black Republicans and Black Democrats — when we started this 10 years ago — prejudge. That’s going to happen. The fact is, we’re not trying to be Republican or Democrat. We want to be a venue for the African American community to be part of the national discussion.

Q. Culture typically plays a role in news pertaining to our community. How do you plan to find a balance in the type of news you will cover for and about your audience?

What I think most people, and even what most Black people, see about us is sports, entertainment or crime.

I came out of the sports arena, and I’m grateful for what I learned through athletics. However, in the Black community, we’re doctors, lawyers, engineers, teachers, ministers, journalists and a whole lot of things. So, I think there needs to be a more comprehensive story told. I don’t think we should shun crime, ignore current affairs, public policy or politics.

Q. Let’s switch gears a little bit. As a former athlete yourself, how do you think your network would’ve covered Colin Kaepernick and his protest surrounding police reform and social injustice while the national anthem played during NFL games?

Rather than having people talking to us or about us, we have a venue where we can talk for us. And this is where I think we educate the other communities.

Just because we agree with Colin Kaepernick trying to raise the conscious level about maybe what we see or what we believe to be injustices, not everyone would agree with how it was handled. You don’t want to throw all police officers under the bus. My father was a police officer.

Q. Along those same lines, we’re seeing more Black athletes and entertainers use their platform to discuss issues. Will you utilize them for topics that are important to the African American community?

Jay-Z got criticized for striking a partnership with the NFL. I was not critical of him. My perspective was this: if Jay-Z is at the table, he brings a perspective that most people sitting at the National Football League owners’ table don’t understand.

I think the fact that Colin Kaepernick got a tryout, I have to believe that Jay-Z probably had some influence there. Jay-Z can come into our venue. He’s going to get coverage on it all day long. You go on MSNBC, CNN or FOX News and you’re probably going to be mentioned one time and go on about your business. Our demographic would be a lot more interested in how it unfolded [with] Jay-Z having a seat at the table.

Editor’s note: This interview was edited for brevity and clarity.