With moderate exercise and a healthy diet, diabetes and can often be controlled -- and even prevented 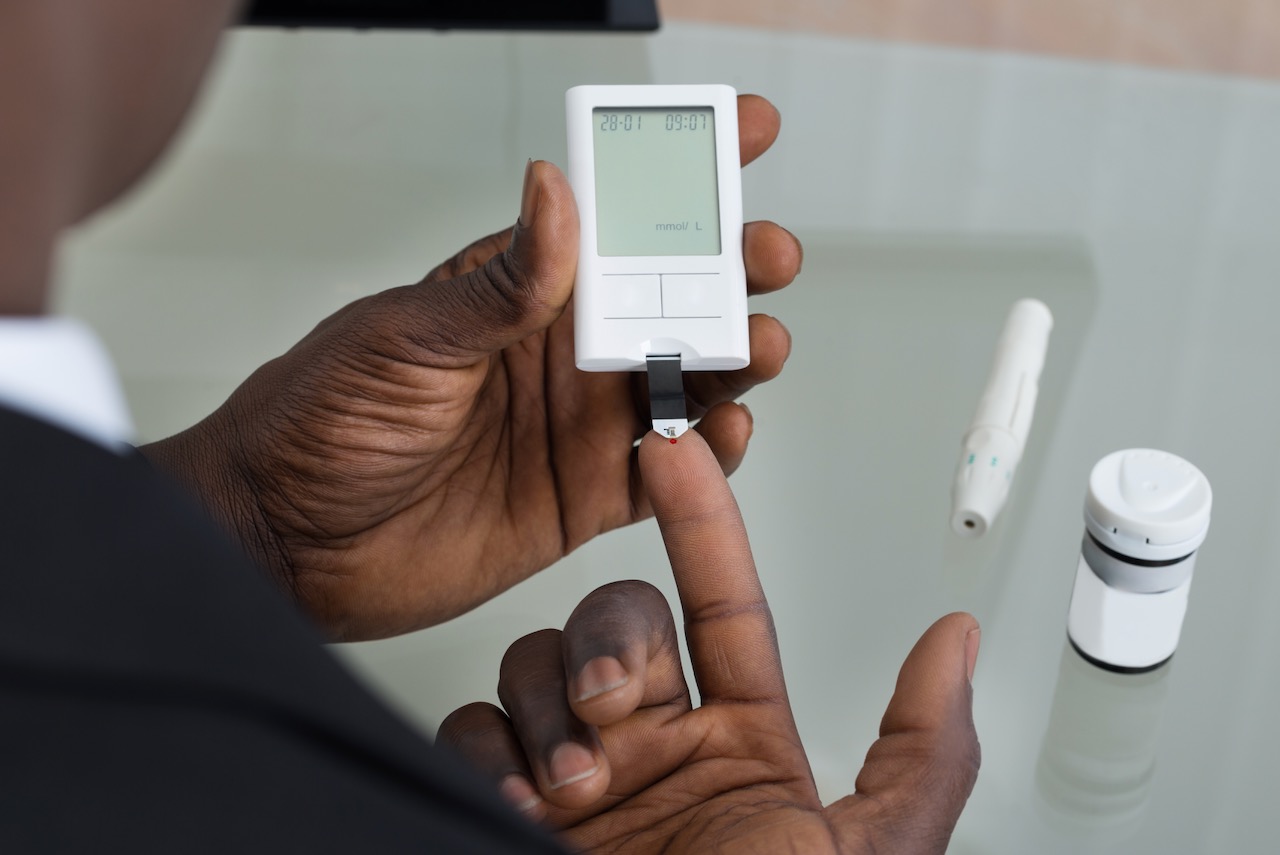 Diabetes affects more than 30 million Americans, and 1 in 4 don’t know they have it, according to the Centers for Disease Control and Prevention.

African Americans and other populations of color are especially at risk.

What is diabetes and what causes it?

Diabetes is a lifelong disease that involves problems with a hormone called insulin, resulting in elevated blood-sugar levels. There is an organ called the pancreas, which is behind the stomach. The pancreas releases insulin into your bloodstream, which lowers your blood sugar, allowing your body to use the food you eat as its main energy source. With diabetes, there’s a problem with insulin. One, the body may not be making insulin, which is what we call Type 1 diabetes. Or two, it may be making insulin but not using it effectively to lower blood sugar, and that’s what we call Type 2 diabetes, or adult-onset diabetes.

Why is diabetes dangerous?

Most commonly, this starts in people who are young, usually under 20, but it could occur at any age. Since the body doesn’t make insulin, the treatment is actually insulin, so you have to take insulin shots to reduce your blood sugar.

And what about Type 2?

With type 2, which is called adult-onset diabetes, it’s not a problem of your pancreas not making enough insulin. Instead, your body doesn’t use insulin correctly. That results in a condition called insulin resistance. About 90% of diabetics have Type 2 diabetes. Usually it’s in people over 40, and typically people who are overweight, but it can occur in people who are not overweight. Most cases of Type 2 can be prevented. Type 2 is actually more common in African Americans. In fact, it’s twice as high in African Americans as it is in whites. The treatment for Type 2 centers on weight loss, diet and exercise.

Can children get Type 2 diabetes?

Yes. With the obesity epidemic now in the United States, and with kids being obese, this adult-type, which normally occurs in people age 40 and up, is starting to occur in kids. There is a study out that says about a third of kids will develop Type 2 diabetes, or the adult-onset type, before they are 20 years of age.

Is one type more dangerous than the other?

Why is diabetes more problematic in people of color?

That’s a great question. One reason diabetes is more problematic in people of color is because of diet. The “Southern Diet,” which some people call “soul food,” has a lot of fried foods, desserts, and other foods which may not have the best nutritional value, which can result in medical problems such as insulin resistance, diabetes and high blood pressure. Family history is another factor that makes diabetes more problematic in people of color. Once people have diabetes, they may feel fine (asymptomatic) but sugars can be high and be doing damage to the body. Often people believe that if they feel fine, they must be doing ok, so they do not have to watch diet and weight too closely. Unfortunately, that is not the case.

Typically, the cornerstone of treatment for diabetes as well as prediabetes is weight loss, diet and exercise. If you really follow that, you can actually prevent or control diabetes. Unfortunately, that’s not the case for most people.  About 1/3 of the people with prediabetes will develop diabetes without lifestyle changes within five years, and most people with diabetes will end up getting put on pills without lifestyle changes. (There are several types of pills that can be used to control diabetes.) Even if you are compliant with lifestyle changes, over time, the organ we called the pancreas, which makes insulin, makes less and less insulin. So, Type 2 diabetics who have had it long enough, sometimes need insulin as a treatment.

What is gestational diabetes?

That’s the diabetes that women get when they’re pregnant. Sometimes it resolves after pregnancy is over, but occasionally it persists.

What are the signs of diabetes?

Increased thirst; increased hunger, even after eating; increased urination and unexplained weight loss. These symptoms are not specific to diabetes, but certainly in combination they suggest diabetes. Other signs may include dry mouth, fatigue, blurred vision, cuts or sores that are slow to heal, numbness in your hands and feet. Women can be more at risk for yeast infections. Over time, men can develop problems with impotence or erectile dysfunction.

How do doctors confirm diabetes?

Diabetes is confirmed through a blood test. Typically, your provider (doctor, nurse practitioner, or physician assistant) will want you to come in fasting. If you’ve been fasting, your blood sugar should be under 100. If it’s between 100 and 125, you have a condition called prediabetes. And if it’s over 125 fasting on a couple of different occasions, that’s diagnostic for diabetes.

What’s considered a healthy diet to stave off diabetes?

The American Diabetic Association and Nutrition Council put out what’s considered a healthy diet. Certainly you want to have a proportion of meats, some bread, but mainly a lot of fruits and vegetables. The challenge is, the recommended portions are very small, and the typical American diet is not aligned with that. Typically, people have large portion sizes and want to eat ’till they are done, and sometimes the foods that taste best contain a lot of sugar. So essentially, what you’re doing is taking in more calories, which is going to result in you gaining weight, which will lead to potential insulin resistance, which can put you at risk for diabetes.

What advice do you have for those concerned about diabetes?

There’s an old saying — an ounce of prevention is worth a pound of cure. Certainly that’s applicable in this case, because it’s much better to prevent diabetes than it is to treat it. Initially, when your blood sugars are high, you feel normal. Most people with high blood sugars do not have symptoms until their blood sugars are close to 200 or higher. It’s not easy to lose weight, maintain a healthy weight, or even exercise regularly, but certainly in the end it’s worth it. We all want to be healthy and enjoy life.

Should diabetics feel like they are all alone trying to manage their diabetes?

So you are not alone, there are resources available to help prevent and/or control diabetes.

John R. Smith, MD, is a board-certified family physician with more than 30 years of experience — 17 years of clinical experience and more than 13 years with the health insurance industry.

Since 1933, Blue Cross and Blue Shield of North Carolina (Blue Cross NC) has offered its customers high quality health insurance at a competitive price and has led the charge toward better health and more consumer-focused health care in our state.