Kerr Putney: To reduce crime in Charlotte, invest more in the lives of young people 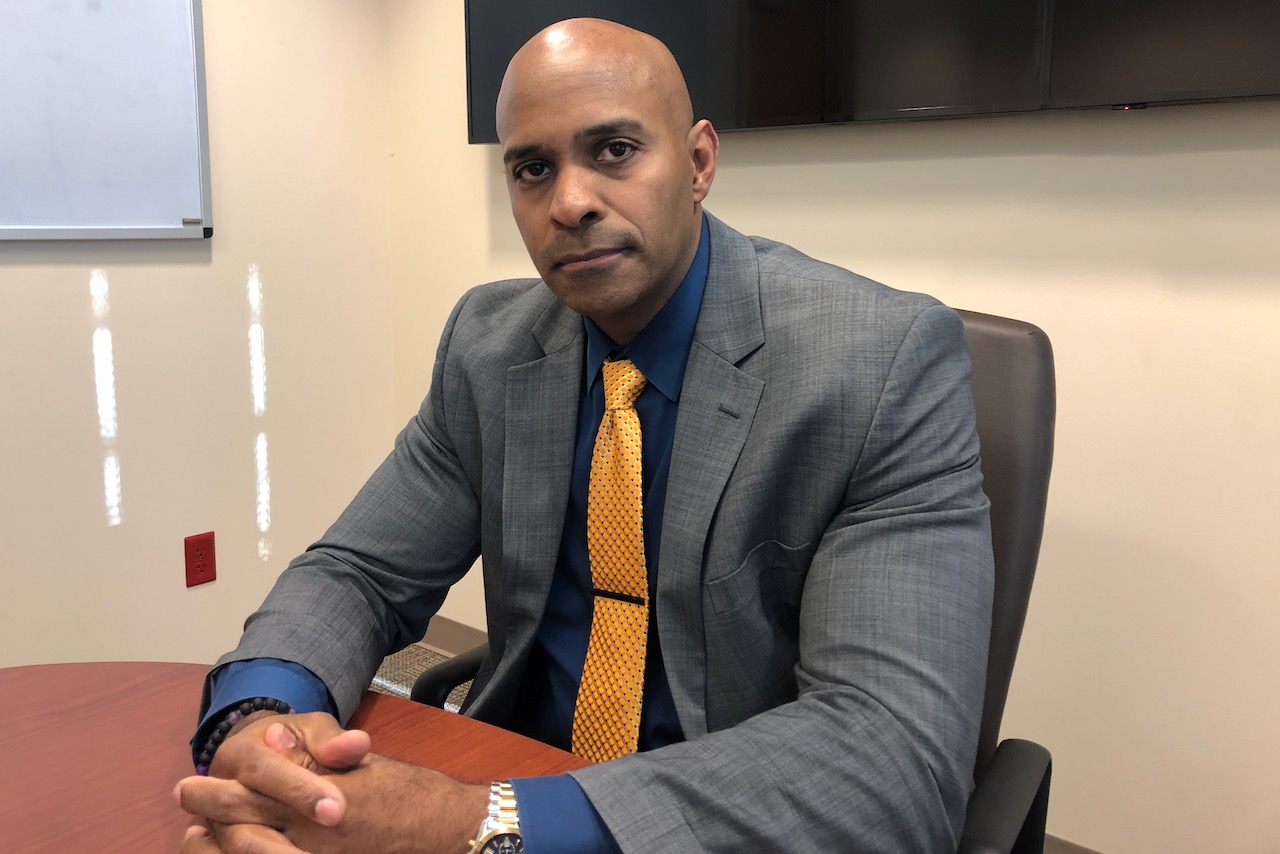 To reduce crime in Charlotte, invest more in the lives of young people.

That’s the advice offered this week by Charlotte-Mecklenburg Police Chief Kerr Putney, who said more public and private resources should be directed toward local nonprofits that are working to guide young lives.

“If people aren’t doing those things — having kids read on grade level; connecting with kids and staying consistently in their lives; preventing bad behavior; lowering [school] absenteeism; and getting people gainfully employed, especially for the summer — then we’re failing people,” Putney said during an interview with Qcitymetro.

Putney made those remarks on Monday, a day when he spent much of the afternoon meeting with individual news organizations to discuss the city’s homicide count, which reached 100 criminal cases less than 24 hours later.

On Tuesday, the Charlotte-Mecklenburg Police Department reported two new homicide victims – both of them men, ages 19 and 51 — who died from separate shootings. For all of 2018, CMPD reported 58 criminal homicides. (At least 11 others were killed this year in cases where the deaths were ruled legally justified.)

[Also read: Killing but no homicide]

Why it matters: As Charlotte’s homicide count has climbed, a growing number of the suspects arrested — and victims killed or wounded — have been in their teens and 20s.

Putney said Charlotte has several nonprofits working to “turn around young people and get them to make better decisions.” He noted in particular the work being done by Heal Charlotte, Promise Youth Development, and Cops & Barbers.

Without sustained investments in grassroots nonprofits such as those, he said, Charlotte will continue to see escalating crime.

“I think we’re better than that as a city,” Putney said.

Here are more excerpts from our interview:

Q. Charlotte’s homicide count will nearly double this year. Are these killings simply about a culture of violence?

Definitely a cycle of violence. We’re having young people in their prime — 18 to 24 years old — who get into minor conflicts over a relationship, a twenty-dollar dispute, a small amount of marijuana, and instead of resolving it by talking through it, they grab a gun and end a life.

Q. Those examples you gave; are they actual cases?

When I look across to comparable cities, I see the same challenges. Is it a trend that’s going to continue? I don’t think so. I think just like in the past, we have the number go up and down. My frustration is, we know a potential solution, which is consistent investment so that these young, fledgling nonprofits and entrepreneurs aren’t begging, borrowing and stealing to support the work that we as a community need. If we’re not serious about breaking the cycle, then we’re not serious about preventing this in the future.

Q. So you want more public money going to these nonprofits?

I think it’s public and private. We should be investing for five and ten years, not five and six months.

Q. How does the rising homicide count impact CMPD’s resources?

It’s all hands on deck. Our detectives are doing fantastic work. Eighty percent of these homicides are being solved. We’re at least bringing closure. My problem is, we’re having more people that we need to bring closure for.

Q. Are you having trouble staffing for this increase?

No, I don’t make excuses about staffing. We are where we are. We’re a couple hundred officers short, but in gun seizures and in arrests for violent offenses, those numbers are up. Violent offense arrests are up 18%. Gun seizures are up five percent. So even with the vacancies that we have, our officers are doing even more work.

Q. How are the killings affecting the men and women who investigate those homicides?

They carry this work everywhere. It does impact them, and that’s why we have counselors on board who are a part of this organization. It becomes a part of how you view things, because you know that we’re losing a lot of people to violence that should have been prevented years prior.

Q. Can law enforcement really prevent people from killing one another?

Q. You’ve been at this police work a long time. What’s different now?

The economy is better, so more people who want to work can work. The struggle, though, is the explosive growth of the city. We’re a much bigger city now than we were back in the early ‘90s when I first came on and [Charlotte] was more violent than it is now. So if you look at the ratio, we’re in better shape, but this is not where we want to be as a city.

It depends on how you define it. Relatively, based on the comparable cities that we compare ourselves to, we’re generally safe. However, we’re not safe enough.

Q. We’ve seen killings this year in popular entertainment and business districts, such as SouthEnd and uptown. That’s troubling.

It’s troubling, but I think it’s also a wakeup call. We’re losing a lot of our youth to violence all over the city. And if we’re not serious, and if we don’t take it seriously enough, that’s going to continue.

Q. At least 11 people were killed this year in cases where police and/or prosecutors declined to bring criminal charges. Why aren’t those included in the city’s homicide count?

Actually, they are counted; they just are not considered homicides. If you’re protecting your house and somebody comes into your house with a gun and you feel like they’re going to harm you and your family and you shoot and kill them in self-defense, we investigate it as a homicide, but it can be adjudicated to be self-defense. Therefore, it is not ruled a homicide at the end of that process.

Q. Is that the way most police departments do it?

That’s the way all major cities report it.