Another accolade for Village HeartBEAT

The Mecklenburg County program that works with local churches to address health disparities in Black and Latino communities won a "Best Practice Award" during the Healthy Churches conference held last week in Charlotte. 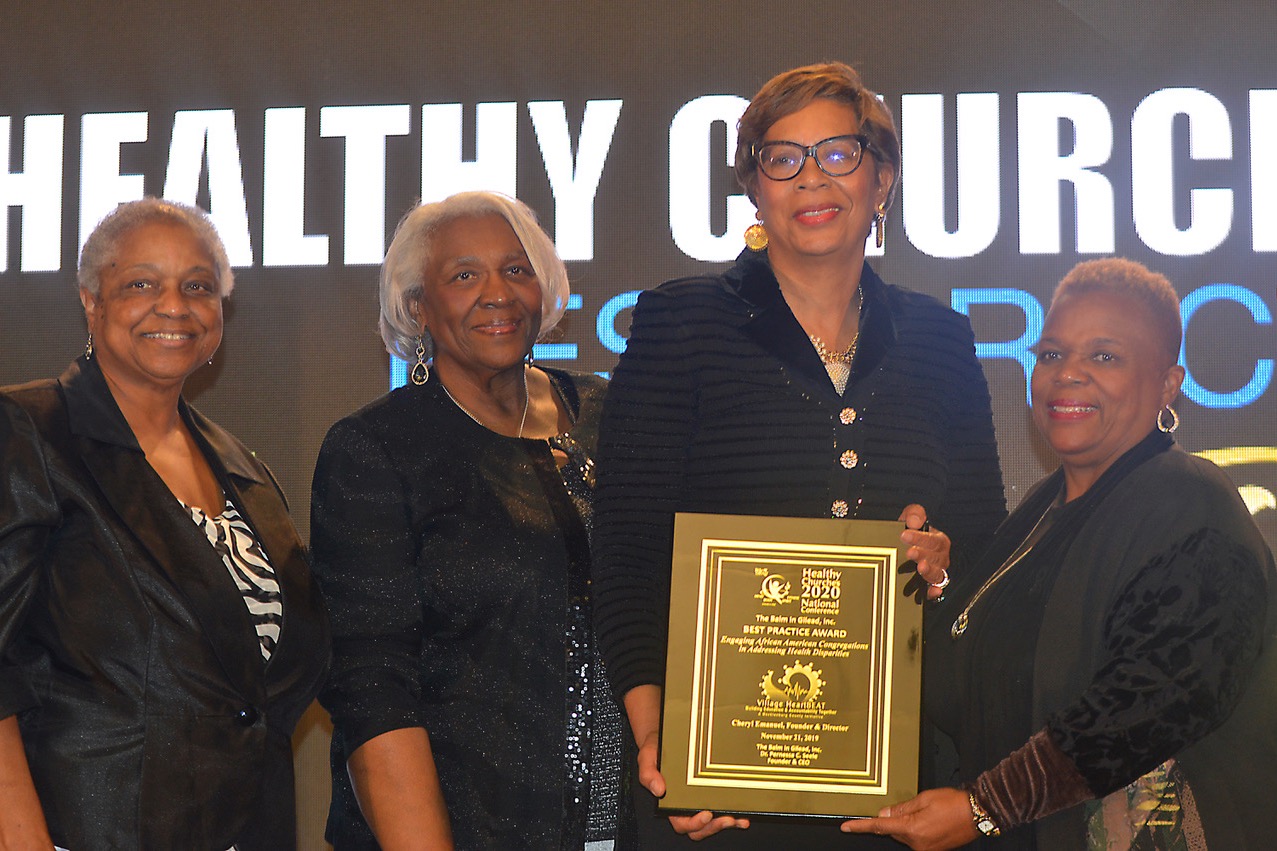 The awards keep coming for Village HeartBEAT, the Mecklenburg County program that works with local churches to improve the health of Black and Hispanic residents.

After taking top prize this year in the nationwide Healthiest Cities & Counties Challenge, the program won a “Best Practices Award” from The Balm in Gilead during the organization’s Healthy Churches conference held last week in Charlotte.

Why it matters: Statistics show that Blacks and Latinos are disproportionally impacted by chronic conditions such as diabetes, high blood pressure and obesity – each with the potential to lead to more serious health challenges. Village HeartBEAT was founded to reduce those risk factors.

The program is run by the Mecklenburg County Health Department and has been studied by the World Council of Churches for its approach in getting local clergy involved in the health and nutritional needs of their congregants.

“We believe we have a one-of-a-kind model,” Cheryl Emanuel, who founded the program and works as a senior health manager at the county health department, told Qcitymetro. “This award means a lot, not just to me, but I think it means a whole lot for the clergy.”

Emanuel estimates that Village HeartBEAT has reached more than 200,000 people since its launch in 2014. Each year the program sponsors a 16-week competition that focuses on nutrition, exercise and weight loss.

With more than 60 churches now in the Village HeartBEAT network, more than 40 are expected to enter next year’s competition, with a total about 600 competitors, Emanuel said.

Each year, members from participating churches are invited to a health screening, conducted by Novant Health, to kick of a new season. Those biometric numbers are used to identify health concerns as well as to track the program’s effectiveness.

Emanuel said the numbers show significant health improvements for some members – weight loss, lower cholesterol and blood pressure levels, and former diabetics who were able to get off their medications.

“We can tell you [about] people who came into the program who have been there since 2014 all the way to now, what their results look like,” Emanuel said. “We know health is a lifetime thing. So people who feel like they haven’t met their goals…they have a chance to come back next year, and year-round.

Participating churches are encouraged to implement programs through their health ministries that encourage smoking secession, exercise and good nutrition. (At church functions, some have even cut back on fried chicken and sweet tea, and some have set aside land for urban gardens and walking trails.)

“It takes all of us if we are going to see any penetration in healthcare for individuals, in particularly those who have fallen between the marginal lines and are uninsured,” Emanuel said.

Of all the program’s accolades, one of the biggest came last February when Village HeartBEAT won $500,000 in the Healthiest Cities & Counties Challenge, an initiative by the Aetna Foundation in partnership with the American Public Health Association and the National Association of Counties. (Mecklenburg County competed among the nation’s mid-size communities.)

Gov. Roy Cooper, in Charlotte for the official announcement, praised Village HeartBEAT as a faith-based model for addressing health disparities.

To learn more about Village HeartBEAT, visit the program’s website.

Correction: Village HeartBEAT was officially launched in 2014. An earlier version of this article gave an incorrect date.