The project will involve moving a small home from the affluent Sedgefield neighborhood all the way to Enderly Park in west Charlotte. 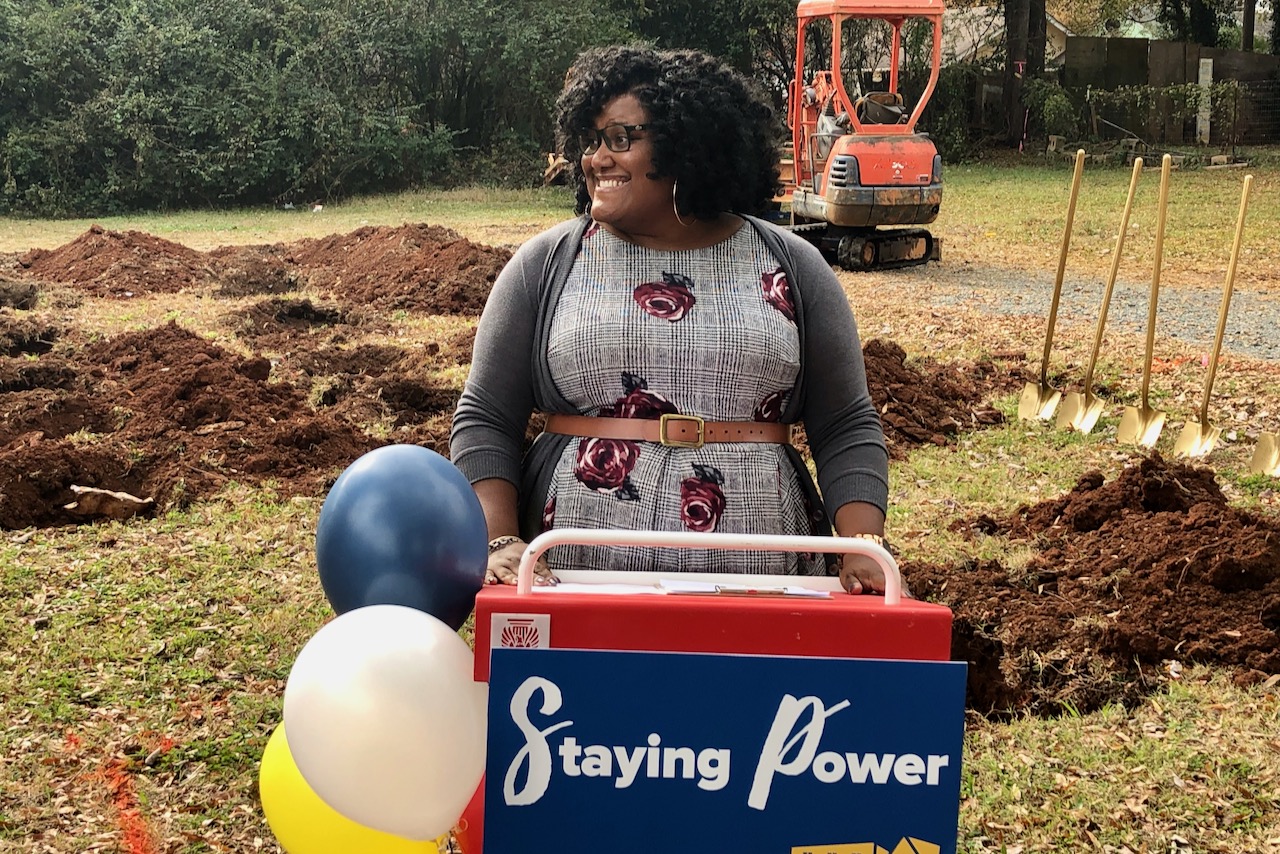 “A giant recycling project”: That’s how one person described plans to move a small home from Charlotte’s affluent Sedgefield neighborhood all the way to Enderly Park in West Charlotte.

Organized by the West Side Community Land Trust, the project represents a major step in the evolution of a grassroots group devoted to fighting gentrification by providing affordable housing on Charlotte’s rapidly changing west side.

On Friday, organizers of the land trust gathered to celebrate in a vacant lot on Tuckaseegee Road where the three-bedroom, two-bath home will be replanted and then sold to a family in need.

Rickey Hall, co-founder and board chair of the land trust, said the Enderly Park project is just the beginning. Over the next five years, he said, the organization hopes to spend $2.5 million to create 50 new housing units in Charlotte.

Like most major cities in the United States, Charlotte needs affordable housing. A recent report found that Mecklenburg County has about 32,364 households earning less than 30% of the area medium income, or AMI. (For 2019, the Charlotte region’s AMI was $79,000 for a family of four.)

The West Side Community Land Trust was created to address such issues. Under its business model, the trust would buy land and build homes deemed affordable for families making less than 60% of AMI.

Families would own those homes the same as any other buyer, but with a few exceptions: Under the purchase agreement, the trust would guarantee buyers a set rate of appreciation on their homes – 2% for the first five years, then 3% for each year thereafter.

Buyers may sell their homes at any time, but the trust gets a right of first refusal to buy it back, thus keeping the unit affordable for the next low-income family.

So far, the West Side Community Land Trust has acquired three land parcels, including the one in Enderly Park. Organizers have not announced plans for the remaining two parcels but said the trust would focus for now on building single-family homes.

But even as those plans unfold, the trust finds itself battling against a tide of rising land prices on Charlotte’s west side.

Charis Blackmon, executive director of the land trust, described Enderly Park as a microcosm: A year ago, she said, the trust paid $16,000 to buy the vacant lot on Tuckaseegee Road. But next door, an identical lot recently sold for $65,000 after being listed for $100,000.

Meanwhile, a few blocks away, near the upscale Enderly Coffee Co., a home is being developed for resale in the $300,000 range, she said.

As for the Sedgefield home that will soon be repurposed in Enderly Park, organizers said good fortune played a role in how it all worked out.

Through an intermediary, they heard about a local couple – Hogan and Hillary Fulghum – who had purchased the 1,500-square-foot home, but with a fourth child on the way, the couple needed something bigger.

Rather than tear down the home to build a new one, the Fulghums decided to donate the house to the land trust. Later this year, it will be loaded onto a truck and moved roughly five miles to its new home on Tuckaseegee Road.

Blackmon said the land trust would begin screening perspective buyers in early 2020. She said the home – with a gourmet kitchen, hardwood floors and custom countertops — will be listed for about $146,000. She said the organization is looking for a buyer with income equal to about 60% of AMI.