Skip to content
Health - What is this?
This content was paid for by an advertiser and created by QCity Metro's marketing team. Our reporters were not involved in that process.

Mattie Grigsby: At 91 this retired teacher is still blazing trails

Decades after she arrived as the first black teacher at Myers Park High School, Mattie Solice Grigsby, 91, is still […] 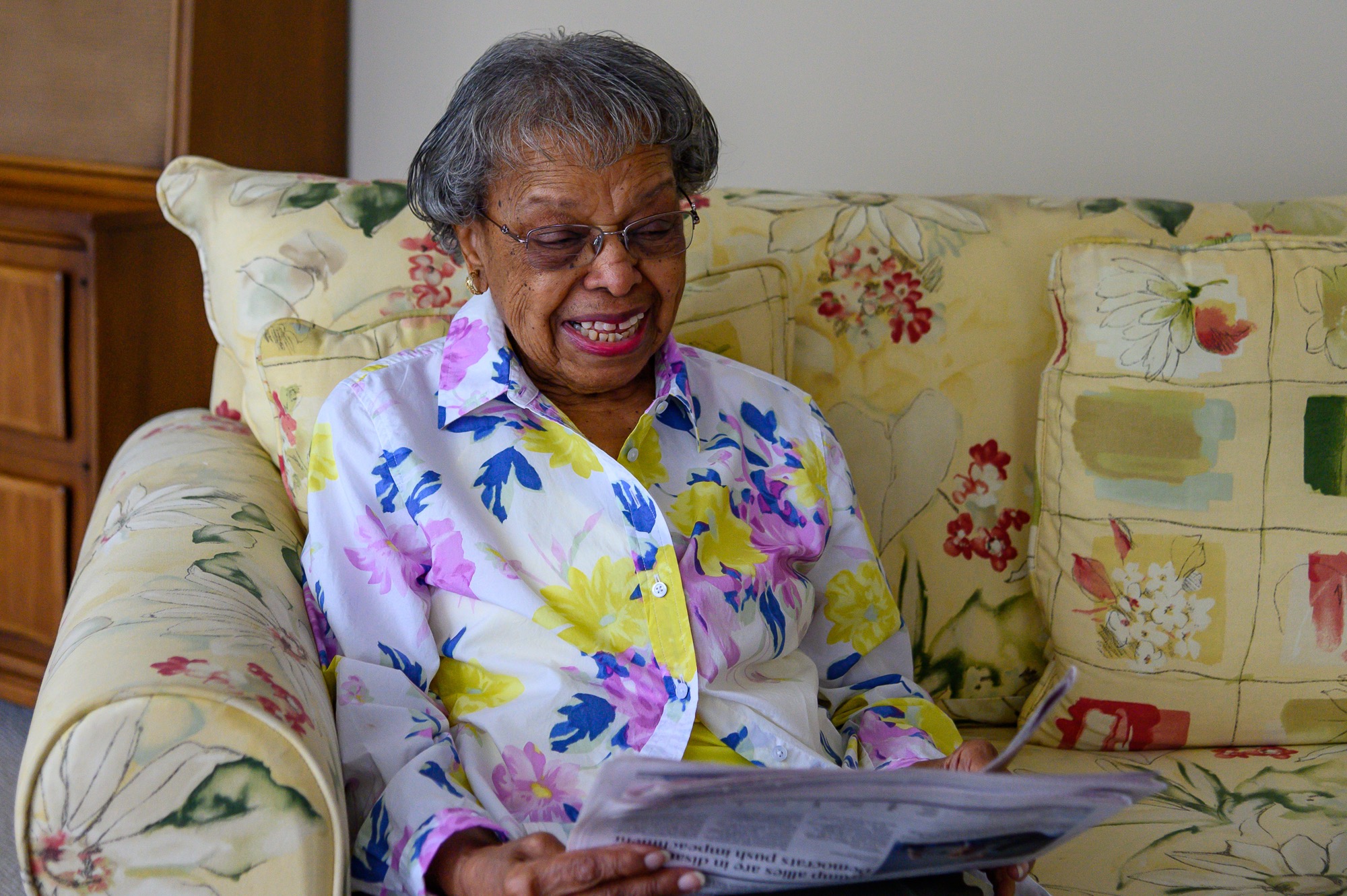 Decades after she arrived as the first black teacher at Myers Park High School, Mattie Solice Grigsby, 91, is still blazing trails. She’s among a small but growing number of former black professionals who’ve elected to live in a continuing care retirement community, or CCRC.

Unlike traditional retirement facilities, CCRCs offer living conditions that change as residents age. Residents typically enter at the independent living level and move to other levels of care as needed, all while remaining in the same community. Grigsby lives at Sharon Towers, a 28-acre, leafy campus in Charlotte’s SouthPark neighborhood.

Despite the explosive growth of CCRCs, the industry has found attracting African Americans to be especially challenging. At Sharon Towers, Cynthia McCullough, director of sales and marketing, has been given a mandate to address that disparity.

Guided by the Sharon Towers board of directors, the campus is seeking to become a more open community – not only undergoing a multi-year renovation plan that will make it more physically accessible to outsiders but also more open culturally.

McCullough said Sharon Towers is “dedicated to providing a community that is open to all racial, ethnic and sexual orientation groups.”

“We have worked really hard to make sure that people are aware that our community is open to the community at large,” she said.

A life built on values

Grigsby, who spent a career in education – mostly teaching math – said she’s made some “good friends” since moving from the Beatties Ford Road corridor to the south Charlotte retirement campus.

She had decided it was time to give up her home, she said, after she began to fret about safety concerns. Her husband of 49 years had died in 2007.

“You feel secure,” Grigsby said of her new surrounding – a compact but immaculate flat inside one of Sharon Towers’ main buildings. “You don’t have to do a lot of the things you used to have to do, like cook, change the bed, wash the clothes, go to the grocery store, plan the meals, wash the dishes. All those things, you don’t have to worry about anymore. Somebody else does it.”

Grigsby, who will celebrate her 92nd birthday on Oct. 24, was born in 1927 in Clinton, N.C. She described her family as one that valued education and the teaching profession. She spent her senior year of high school at a black boarding school and had plans to attend Bennett College in Greensboro, but an acute appendicitis that summer kept her from enrolling. So, in January 1945, she entered Johnson C. Smith University as a freshman.

Grigsby said she found teaching to be a rewarding career, especially when she saw struggling students realize their academic potential, a transformation she calls “the awakening.”

“It’s just wonderful when you can sit there and see the change in a child, when he realizes he can do it,” she said. “What works for one student doesn’t work for another student, but you have to wake up the mind.”

Grigsby says many of the values that shaped her life were reinforced by her parents, especially the value of saving money – a lesson her father emphasized especially.

Grigsby credits those lessons in frugality for preparing her for the retirement she now enjoys.

“Let’s say I knew how to save money,” she said. “If you don’t have money, you can’t live out here. You gotta have something.”

James Johnson Jr., a professor at the Kenan-Flagler Business School at UNC Chapel Hill, has done extensive research about continuing care retirement communities and their efforts to attract a diverse resident base.

In addition to financial concerns – some CCRCs require a net worth of $1 million-plus – Johnson pointed to cultural and racial issues as well.

Based on focus groups he conducted with high-net-worth African Americans, Johnson said he found that blacks often are reluctant to move into retirement communities where the vast majority of residents are affluent and Caucasian. That, he said, has led to a “slight diversity problem” for the industry as a whole.

Johnson said affluent blacks in his research groups also felt strongly that they should age at home then leave their hard-won wealth to the next generation of family members.

Johnson said his research also turned up some “trailblazers” — affluent African Americans who felt right at home in CCRCs.

McCullough, the director of sales and marketing at Sharon Towers, said diversity is a key part of her mission.

The facility, now in its 50th year, is undergoing a major renovation, and not just physically. To aid residents who might outlive their money, Sharon Towers has created a “residents assistance fund.”

“We do not ask them to leave Sharon Towers,” McCullough said. “We will continue to pay for them to live here, so they can get the full benefit of their lives here at Sharon Towers.”

In addition, Sharon Towers assists prospective residents who might not fully qualify financially.

To further reach out to diverse communities, Sharon Towers is planning construction of a state-of-the-art Center for Vibrant Living – a wellness center that will be open to people throughout the city age 50 and older.  McCullough said the center will offer “scholarships” to some who could not afford it otherwise.

“We want everyone in that age group to have opportunities to utilize the Center for Vibrant Living,” she said.

Grigsby, meanwhile, said she’s happy and feels intellectually stimulated at Sharon Towers. She gets visits for longtime friends and recently took a day trip to Johnson C. Smith, her alma matter, to attend the start of a conference.

“I’m happy every day, and I thank the Lord every day that he has let me maintain as much of my mind as I now have,” she said. “It’s just a thrilling thing.”

She said she’s made new friends in her now home, where she enjoys attending some of the many activities and lectures that are scheduled for residents.

As for growing older, Grigsby advised younger people to prepare but not worry.

“You have to grow into being old,” she said. “And you can’t be in any hurry about any of it. You just have to take it as it comes. You can’t reach out ahead of where you are. I think things are working out well.”

Sharon Towers is a Life Plan Community (sometimes called a continuing care retirement community, or “CCRC”), offering independent living, assisted living and skilled nursing care. Founded in 1969 by Presbyterian leaders in Charlotte, the not-for-profit community is home to approximately 330 residents on a wooded, 28-acre campus on Sharon Road in the heart of SouthPark.