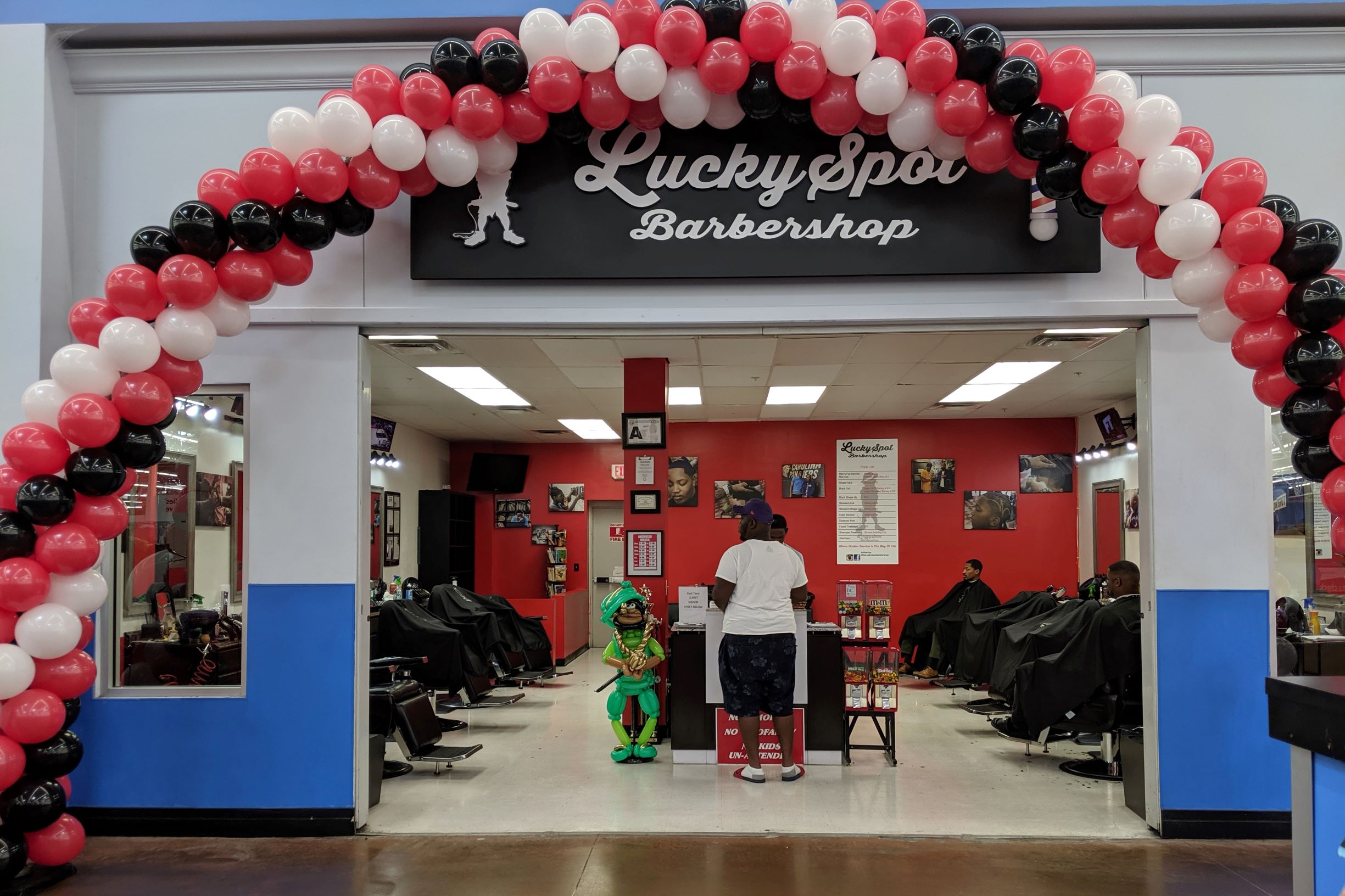 Shaun “Lucky” Corbett has earned a reputation as a strategic business owner and important community leader. Now, he’s a history-maker. On Thursday, Corbett celebrated the grand opening for his Lucky Spot Barbershop in the Wilkinson Boulevard Walmart Supercenter. It’s the first-ever Black-owned barbershop to open in a Walmart store.

“We’re living in a time where the community needs something to call their own,” Corbett said. “Lucky Spot Barbershop represents hope, determination, new beginnings and opportunity for those [who] have been told that they cannot do something. We are excited to be a part of such a game- and life-changing opportunity.”

Corbett relocated the barbershop from its original location on North Tryon Street, which opened in 2011. Barbershop culture was the impetus for the nationally recognized initiative “Cops and Barbers” — which he co-founded in 2015 with now-Sheriff Garry McFadden — to focus on building a positive relationship between youth and law enforcement.

“Outside of the church, the barbershop has always been the centerpiece in the community,” Corbett said.

It’s been a long time coming for the partnership to come to fruition. Corbett became interested in opening a barbershop inside the Charlotte Walmart store after he spent years providing free back-to-school haircuts outside its doors. Additionally, Walmart has collaborated with Cops & Barbers since 2015, volunteering for community initiatives like holiday turkey drives.

Store manager Deanna Vogli said the location is one of the few Walmart stores in a residential area. Seeing Corbett inside means a lot to the neighborhood customers and store associates.

“He has programs teaching people how to be a barber, and then he employs them. There are not many people that do that for other young Black men in the community,” Vogli said. “I’m very lucky, and the associates are so proud to have him in here. They feel inspired and proud of themselves as well.”

“The positive impact Cops & Barbers has had in our community is something to be proud of,” said Kate Mora, Walmart’s regional general manger in North Carolina. “We hope the increased exposure and customer traffic of being in a local Walmart store will help them spread their message, mission and impact even further across the city.”

“It’s what you’re supposed to do”

Stepping inside of the shop, 22-year-old Timothy Ellerbe is stationed in the first chair. He’s known Corbett since he was in the second grade. He was one of the first students to complete the Cops & Barbers Scholarship Program in 2017. He credits Corbett for preparing him to become a barber and a man.

“Shaun offered to put me through the program, and I was skeptical at first because I didn’t know if I wanted to be a barber,” Ellerbe recalled. “As I was going through, I was learning not only barbering but also leadership skills, business skills and how to manage money. I have grown a lot as a barber and as a person because of Shaun.”

“We’re supposed to move forward, and reach back, and pull the next one up,” he said. “I think, unfortunately, we don’t do it so often, that it becomes a rarity. As men in the community, that’s what we’re actually supposed to be doing.”