Father and son, both employed by local government, charged with stealing patio furniture 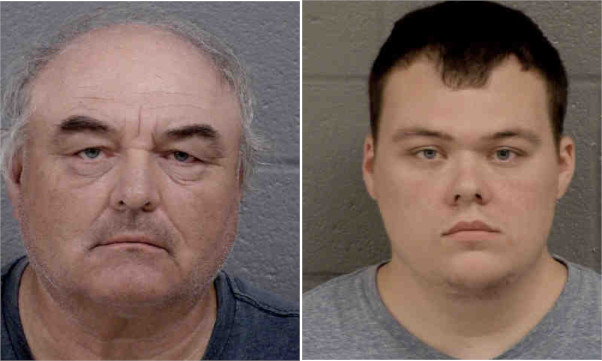 A father and son – both employees of local government – were arrested last week and charged with stealing patio furniture from a home in southeast Charlotte.

On Sept. 16, police were called to a home in the 1200 block of Rollins Avenue to investigate a report of stolen patio furniture. The victim told police that home surveillance video had captured two men stealing two chairs from her porch and putting them in a truck shortly after 11 p.m. (The alleged theft had actually happened two days earlier.)

Brian Depue works as a civilian employee with Charlotte-Mecklenburg Animal Care & Control, which is part of the Charlotte-Mecklenburg Police Department. He was hired Feb. 25 and was assigned as a kennel assistant. A termination hearing is pending, the department said in a statement sent to local media.

Carl Depue is an employee of the Charlotte Department of Transportation (CDOT). In addition to the criminal investigation, CMPD’s Internal Affairs Bureau will investigate the case.

In other public safety news:

• A 58-year-old man died Monday after he was stabbed during a fight in uptown Charlotte. Police identified the victim as Mark Daniel Jamison. Marcus Bradley,, 62, was arrested and charge with murder. The incident happened in the 700 block of N. Smith Street.