Stride, the Carolina Panthers' Black employee resource group, held a panel discussion about the importance of diversity in sports and opportunities for students. 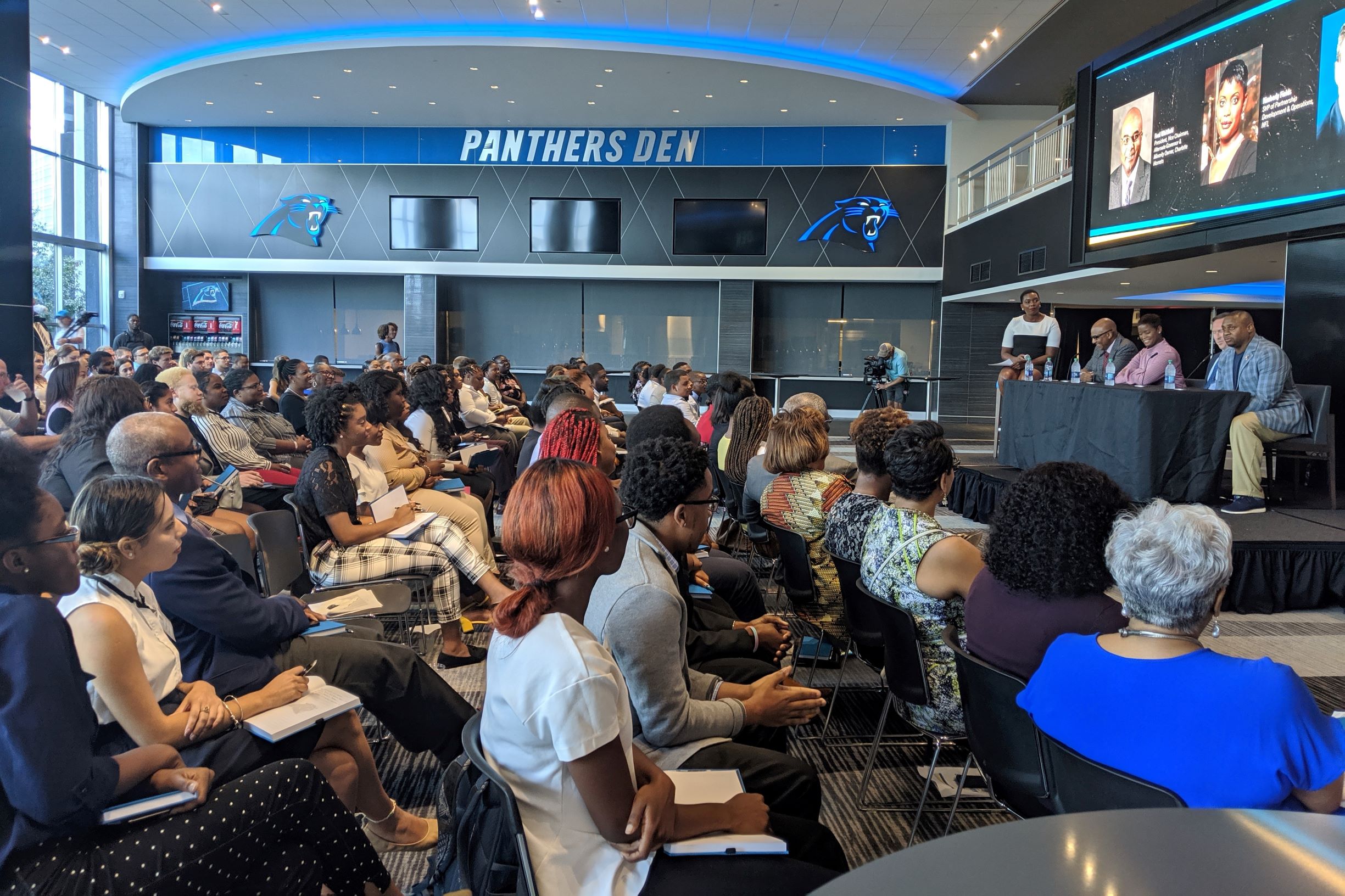 The Carolina Panthers hosted students from Johnson C. Smith University on Sept. 17, for a panel discussion on diversity in sports. Photo: Qcitymetro

During Clarence Armbrister’s April inaugural address as Johnson C. Smith University president, he called on the Charlotte community to partner with JCSU to help close the opportunity gap through education. The NFL and NBA took him up on his offer.

On Tuesday, about 60 students from the Historically Black College and University attended the “Making Strides in Diversity and Sports” panel hosted at Bank of America Stadium by Stride, the Carolina Panthers’ Black employee resource group.

The conversation centered on the importance of diversity in sports and represented how the franchise is partnering with JCSU to offer internships and other opportunities.

Armbrister said JCSU has been cultivating a relationship with the Panthers since last year after meeting team executives. Two students have received internships. Armbrister wants that number to grow and eventually link more students to jobs.

“The fact that the hometown NFL franchise called us, and to bring in the NFL and their partners in the NBA, that is a unique opportunity,” Armbrister said. “It’s incumbent upon us as a leadership of the institution to make sure that we bridge those gaps and make these roads easier for our students to cross.”

The NFL office consistently receives high grades for its racial hiring practices, but diversity reports show that there’s still work to be done at the team level — on and off the field.

Glick said building relationships with the community and schools like JCSU is “one of the best places that we can start to impact who comes into our organization.”

It starts with exposure

Students like Jada Strickland were encouraged after hearing the sports leaders’ career paths. Following the discussion, students got face time with the panelists and other sports professionals floating around the room.

“Having them give their input to us at a young age was great,” said Strickland, a junior studying business administration with a concentration in accounting. “At first, I felt like I wanted to work for a Big Four accounting firm, but hearing them talk, it’s just so many opportunities. There’s more to the NFL than just football and more to the NBA than just basketball.”