Popular Charlotte collective that highlights Black chefs and mixologists presents "The South Got Something to Say." 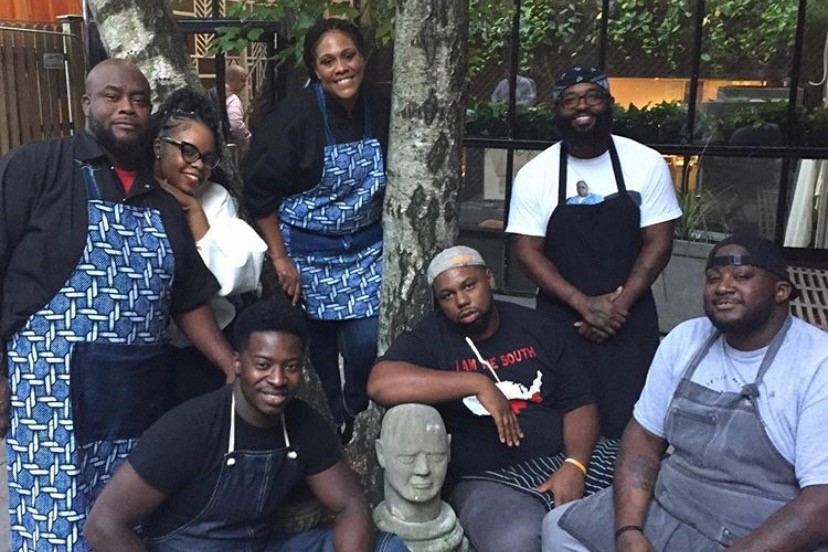 It’s not every day that chefs get the coveted invitation to cook at New York City’s James Beard House. But for a group of Charlotte chefs and a mixologist, their time to shine came during the House’s regional spotlight dinner on Sept. 13.

Charlotte’s popular Soul Food Sessions collective made its first James Beard House appearance, bringing its signature cuisine that marries your grandma’s kitchen with high-concept dining. Their menu was appropriately titled, “The South Got Something to Say.”

“It felt like we finally proved the point,” said Soul Food Sessions co-founder Greg Collier, who also co-owns Uptown Yolk and the upcoming Leah & Louise restaurant. “We are among the country’s best chefs because of — not in spite of — our heritage and culture. We are the South!”

Throughout the evening, guests sipped on three cocktails created by mixologist Justin Hazelton.