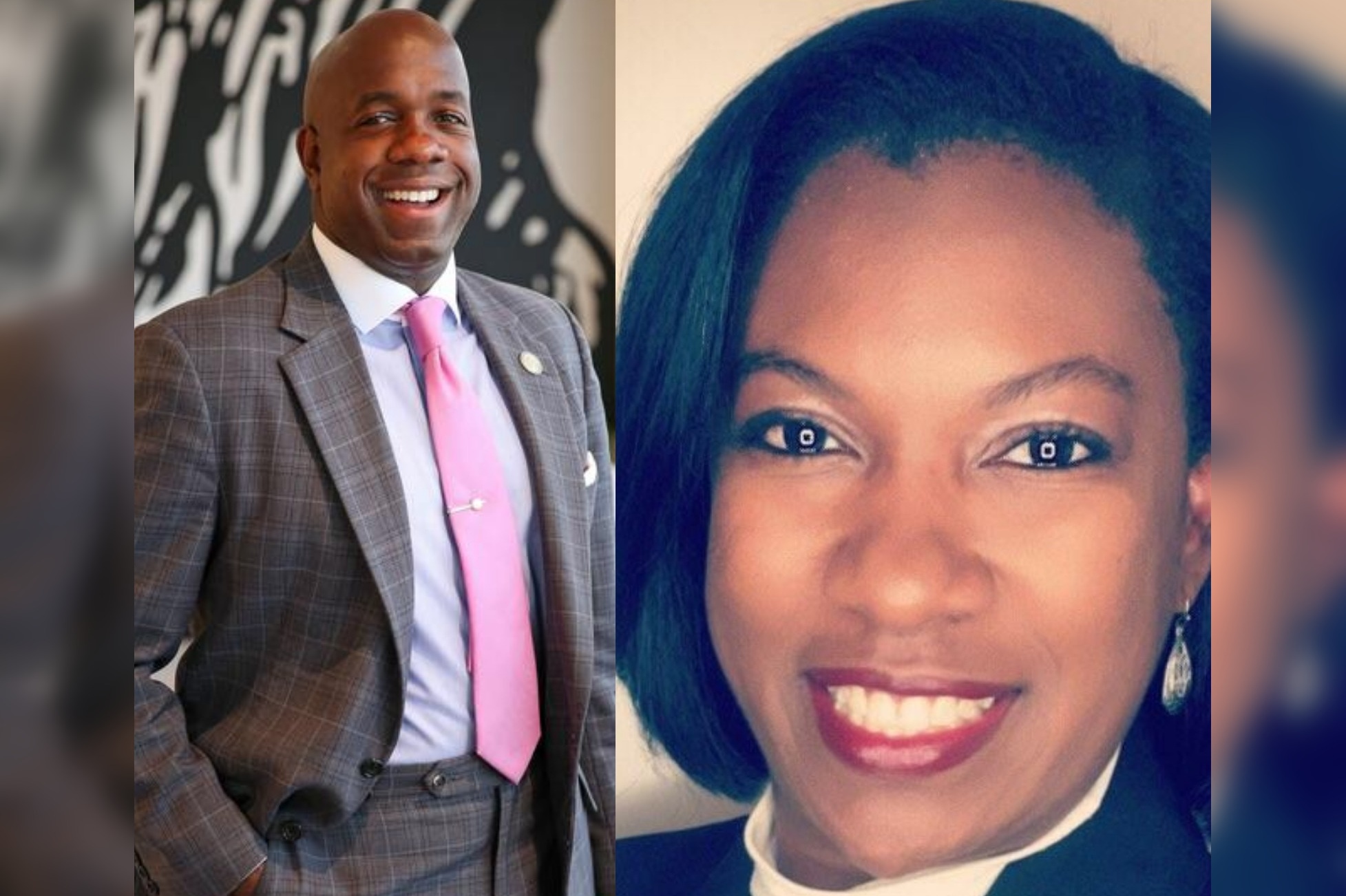 Khalif Rhodes (left), chair of the Black Political Caucus of Charlotte-Mecklenburg, and Collette Alston, president of the African American Caucus of the Mecklenburg County Democratic Party.

Recently, I headed to the University City polling station and exercised my right to vote during the final days of early voting. Like many of Charlotte’s 718,812 registered voters, I received mailers with information about the candidates’ key issues and track records. When it comes to choosing how to vote, some residents look to key organizations who have made an impact in neighborhoods and on Charlotte’s political scene.

Affordable housing, gentrification, livable wages and equitable education are issues pervading Charlotte’s Black community, so I talked with leaders of the Black Political Caucus of Charlotte-Mecklenburg and the African American Caucus of the Mecklenburg County Democratic Party.

BPC’s chairman Khalif Rhodes has been a caucus member for four years. Collette Alston has served as president of the local democratic party’s African American Caucus since April.

The interviews were edited for length and clarity.

Tell us about your organization.

Khalif Rhodes (KR): The Black Political Caucus was founded in 1965 on the premise of helping [to] get African Americans elected. It’s core principles are grounded in educating folks on various topics and then holding folks accountable to what they stated that they would do once elected. The Caucus began in the same time frame as the voting rights act to keep the momentum going, not only in the streets but also in the rooms we have been fighting to get into. Folks came together at the time and said we can do something great.

How do you ensure fairness when it comes to issuing endorsements and political support?

KR: Transparency is at the forefront in any position of leadership. Communication, even in times of mistakes, speaks volumes in any organization and sometimes when you neglect to communicate, you run into ethical issues. Our process is done in a meeting where the membership body decides, by way of votes, which candidates we will endorse. There needs to be a 40% threshold for endorsement. That was something started by immediate past chairman, Arthur Griffin. Additionally, in order to vote, a member must be present at the meeting.

Note: The African American Caucus is not an endorsing body and, as such, didn’t provide an answer.

How do you ensure that you are representing Black Charlotteans accurately?

KR: You have to listen to the people. That’s why we offer caucus sessions before each meeting on a number of topics like HB-514 [permit certain towns to operate charter schools], mental health and other issues. These sessions allow people to come and ask questions and discuss these issues. Sometimes we miss a large audience because we don’t know they exist.

CA: For us, we ultimately want the community to get involved. We have to lock arms with other Black-centered organizations who work in concert with us to get the community up-to-date on political issues.

What emerging issues should Charlotteans be aware of going into this primary election?

KR: The Caucus has three pillars this year: education, economic development and affordable housing. Forum questions are centered around these three topics. We have been asking candidates where they stand on these issues and having a genuine dialogue. These issues continue to impact the local social climate.

CA: The issues we’re looking at are housing and its affordability, fair wage minimums, equity within [Charlotte Mecklenburg Schools] and criminal justice reform. Ultimately, once the “dots are connected” on education behind the politics that drive these issues, I believe there will be more effective and intentional participation within local politics here in Mecklenburg County.

Toward the end of our conversation, both leaders emphasized the importance of their work leading to real political change, specifically through our voting decisions. These organizations need people to serve. During a time when we cannot afford to be complacent or apathetic, I implore you to get involved.

Monthly meetings for the Black Political Caucus of Charlotte-Mecklenburg meets are held on the third Sunday at 6 p.m. The African American Caucus of the Mecklenburg County Democratic Party meets on the fourth Thursday of each month at 6:30 p.m.

NAACP Charlotte-Mecklenburg is another group focused on improving conditions in the Black community and preparing leaders for political office. Their meetings take place monthly on the fourth Thursday at 6:30 at the Little Rock A.M.E. Zion Church. I reached out to the NAACP for this article, but a representative hadn’t responded by the deadline.

Christine Edwards is a local government professional with a love for the community. In her spare time, she volunteers, travels, enjoys good southern food and loves seeing urban policy theory play out in everyday life. Public service is her jam.