There’s something about having a gun stuck in your face that changes your perspective on life. City Council member Julie […] 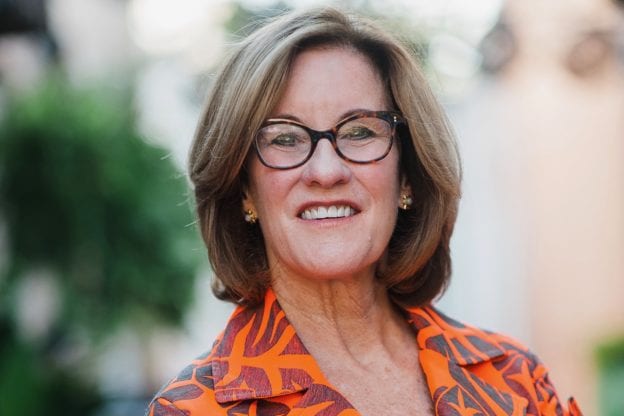 There’s something about having a gun stuck in your face that changes your perspective on life. City Council member Julie Eiselt knows that feeling all too well.

A man tried to kidnap her at gunpoint in the parking lot of a YMCA in 2007. She escaped, but the experience sparked a fight in her to prevent something like that from happening to anyone else.

“I didn’t want to live in fear, and I wanted to do what I could to make our neighborhoods safer,” she said.

Eiselt started Neighbors for a Safer Charlotte, a coalition of neighborhood leaders that pushed for — and got — more funding for Charlotte’s police department, district attorney’s office and court system. She has made an even bigger impact as an at-large city council member and mayor pro tem, supporting Mayor Vi Lyles’ initiatives on affordable housing, improving the transit system, and workforce development.

She quietly works with local grassroots organizations to keep Charlotte’s youth out of trouble. Eiselt secured city support for the YMCAs Summer of Opportunity program this year for youth, ages 13 to 18. The McCrorey, Stratford- Richardson, and Simmons YMCAs stayed open from 8-11 p.m. on Fridays and Saturdays to give kids a safe place to hang out and eat a meal.

Eiselt has been a consistent supporter of grassroots groups, ranging from My Brother’s Keeper, an Obama initiative to help young men of color, to Heal Charlotte, which provides after-school programs and initiatives to build trust between citizens, police and elected officials. Many of these groups had problems getting money and/or access to facilities to hold events. Eiselt vouched for them when others were reluctant to do so.

“Julie has been very helpful with the My Brother’s Keeper Males of Color events in Charlotte,” said Betty Howell Gray, an education advocate. “Her leadership has helped us get positive results especially with our children of color in CMS schools.”

Working with grassroots organizations sparked Eiselt’s idea for JumpStart, a city program that provides micro-grants from $500 to $5,000 for community-driven safety and advocacy programs. The grants help equip neighborhoods with the tools, resources, and connections to effectively address crime and create change.

“These organizations have the best people to work with the youth and intervene,” Eiselt said.

That’s exactly what Cedric Dean does with SAVE (Safeguard Atone Validate Educate). Dean served more than 20 years in prison on drug charges. After his release in 2017, he began working in neighborhoods to prevent youth from following in his footsteps. He credits Eiselt for helping him get his foot in the door.

“Seven days out of prison without even knowing me, but knowing my passion, she came to one of my SAVE events and supported me,” Dean said. “She has given me the opportunity to go to meeting after meeting — from meeting the pastor of Northside Baptist Church to the chief of police to the public health director — to get them to take me seriously.”

As the city faces a grim, record-setting year in homicides, Eiselt knows the police department alone can’t stem the tide. We must work together to reduce violent crime in our city.  Show your support for local grassroots efforts by voting for Julie Eiselt for City Council. Her work on behalf of neighborhood groups could be the difference between a young person grabbing a gun or grabbing a book.

Paid for by Friends of Julie Eiselt. 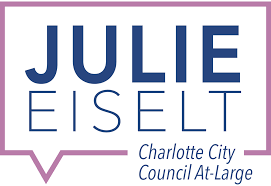 Julie Eiselt is Charlotte's Mayor Pro Tem. She first ran for City Council in 2015 and is in her second term. She serves at-large and chairs the Transportation & Planning Committee.

Will these Black-owned businesses get the ‘Oprah effect’?
Load More