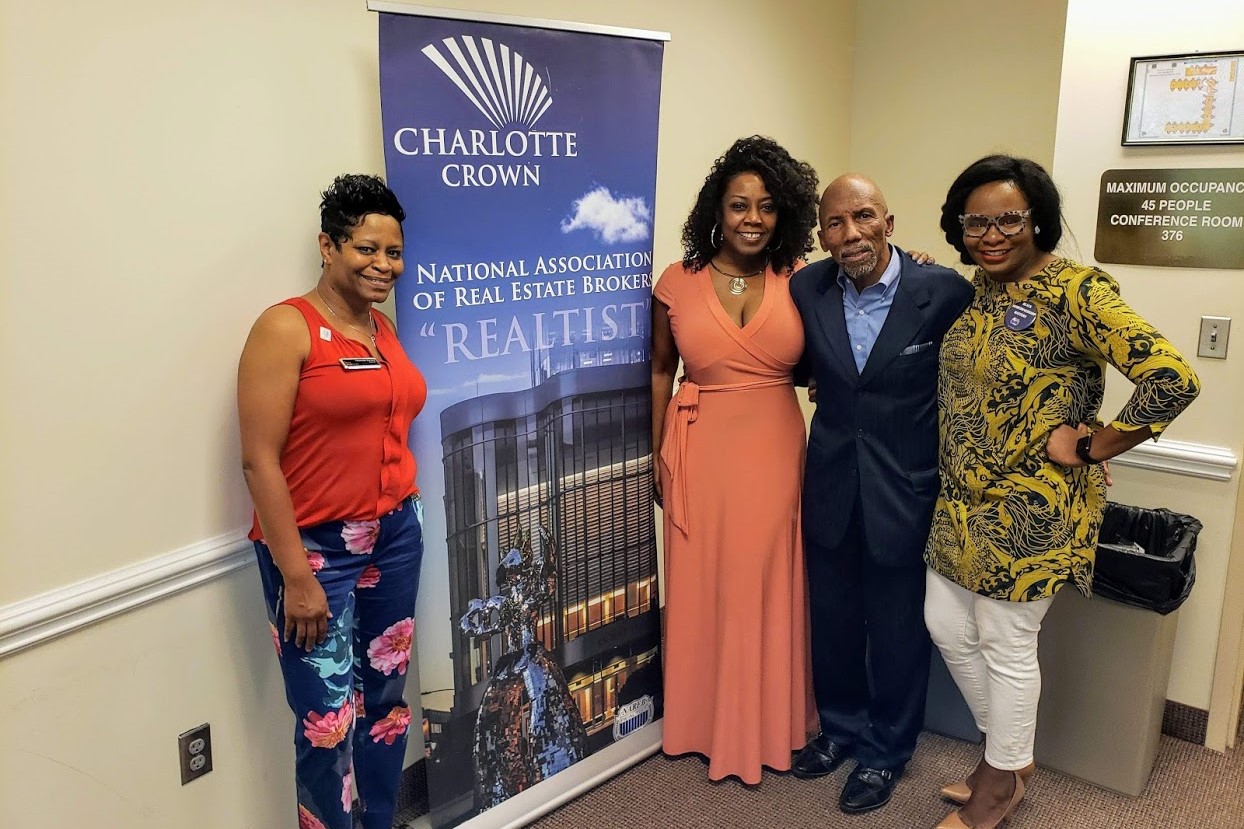 More people are looking toward homeownership, but with the average resident in Charlotte making roughly $54,000, becoming a homeowner can feel out of reach. Organizations like the Charlotte Crown Black Real Estate Association are helping people, particularly African Americans, through education about the homebuying process and connection to resources.

Charlotte Crown is the local chapter of the National Association of Real Estate Brokers (NAREB), a minority trade association established in 1947 to create a space for African American real estate professionals. Expanding Black homeownership, which has decreased over the last 50 years, is also part of the organization’s mission.

“NAREB has been instrumental in the passage of the Fair Housing Act,” said Michael Hoard, president of Charlotte Crown, in reference to Title VIII of the Civil Rights Act of 1968 that protects people from discrimination when renting or buying a home. “In addition to educating new homeowners or potential homeowners, we also educate our realtors to assist their clientele better.”

Population growth in the Queen City has made affordable housing a common conversation.

In May, the U.S. Census Bureau declared Charlotte the fifth fastest-growing city in the country, with its increase of 13,151 people. Along with population growth, the city is also experiencing a rise in the cost of living. Rental market trends show the average rent for an apartment in Charlotte is $1,242, a 5% increase compared to the previous year, while the average home sale price in Mecklenburg County last month was $350,198, which is 10.8% higher than last year.

Related: From Brooklyn to Ballantyne: The story behind Charlotte’s affordable housing crisis

Get on the bus

Charlotte Crown hosts a financial literacy course and an annual bus tour to educate the community and showcase the local housing market.

During the in-depth “Get on the Bus” tour, riders hear presentations from mortgage lenders, credit repair specialists, attorneys, inspectors and real estate agents. The bus also makes stops at three different types of homes: a new construction, an “as-built home” and a fixer-upper. Consider it like a rolling open house.

The tour allows potential homebuyers a chance to learn the pros and cons of each type of home and details to consider before purchasing.

“We wanted first-time homebuyers to understand the process of buying a home is not necessarily an easy process,” said Faith Triggs, a licensed realtor and Charlotte Crown’s general affairs chair. “This process can take about a year to 1 1/2 years. It can be tedious, but it’s well worth it to create wealth in the community.”

In 2016, the homeownership rate for Black households was 41.7%, near a 50-year low. NAREB stated that rates hadn’t been that low since “the time when housing discrimination was legal.” Triggs added that Charlotte Crown has partnered with elected officials to bring awareness to the state of Black homeownership.

“We are active in our local city council meetings; we are also active on the federal level. We do this so that [elected officials] hear our voices for the housing efforts,” she said.

For industry professionals, like Linda Lynch, membership in Charlotte Crown and the national organization is a way to share knowledge about other markets.

“I’ve been a realtor for 20 years, and being part of this organization helps me connect with other professionals who are in the real estate business,” Lynch said. “There were times when clients of mine had to move out of state, and I used my connections to help.”

Charlotte Crown hosts monthly luncheons on the second Wednesday from noon to 2 p.m. To learn more about the organization, visit charlottecrown.org.

Get on the Bus tour