The three-day conference will gather a nationwide community of runners to encourage a healthy lifestyle for women. 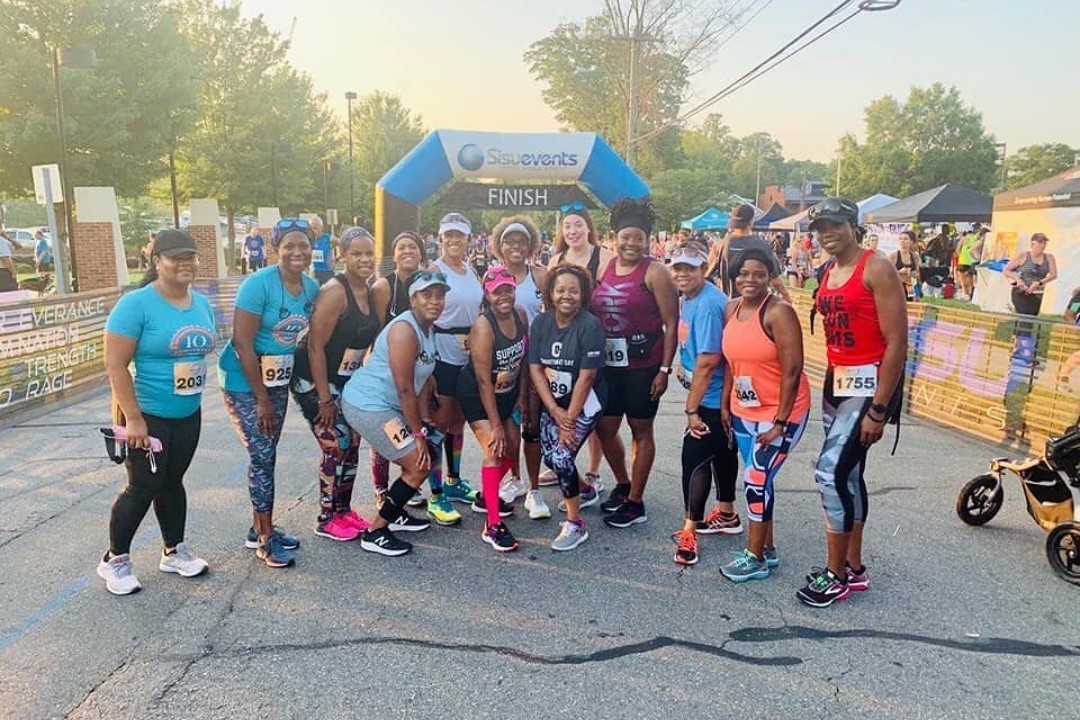 In 2010, Jay Ell Alexander picked up running to get in shape. She didn’t know that in a few years, it’d be the first step toward becoming the leader of Black Girls RUN!, an organization with over 200,000 members in 70 chapters across the country.

BGR is committed to tackling the growing obesity epidemic in the African American community, particularly Black women. As she gears up for Black Girls RUN’s sixth annual Sweat With Your Sole Conference, hosted in Charlotte next month, Alexander is excited to meet with runners she calls a community like no other.

“The Sweat With Your Sole Conference is for any woman that wants to be surrounded by other women who are passionate about living their best life,” said Alexander, BGR’s owner and CEO. “You don’t even have to be a runner; we encourage people who are interested in living healthier to attend.”

For 10 years, BGR has been an inviting sisterhood for women with a few marathons under their belt and those who are just starting to get off the couch. The conference is part-anniversary, part-education, and most importantly, a get-together for a community that is literally changing and improving the lives of thousands of women.

According to the U.S. Department of Health and Human Services, African American women have the highest rates of being overweight or obese compared to other groups in the country. In North Carolina, 4 out of 10 Black adults are obese. With these sobering statistics in mind, Black Girls RUN’s central mission is to encourage a healthy lifestyle for all women, including those who don’t have what Alexander calls the “typical runner’s build.”

“I met a woman, Karen, who a few years ago, began running with her local chapter of BGR. She had high blood pressure, was a smoker, and she didn’t fit the typical build of a runner,” Alexander recalled. “And now, she’s stopped smoking, she’s gotten off blood pressure medicine; it’s all because of her commitment to BGR and her health. Now, she runs half marathons. Her testimony is a reminder that the work we do is changing people’s lives, saving people’s life.”

This year’s three-day conference kicks off Sept. 19 with a meet-and-greet. The following day includes workshops and activities like Zumba and line dancing. Also, attendees will hear from health and wellness speakers like conference keynote Brandi Harvey. It culminates with two races (an 8K and half-marathon) and a BGR Homecoming Party.

For women unsure about whether the conference or a newfound running hobby is for you, Alexander shared, “Our motto is ‘no women left behind.’ The hardest step will be getting started. Once you’ve made the decision mentally and physically, it will get easier. Everyone’s journey looks very different. Your pace is your race.”

Alexander’s 70-year-old mother has become a runner and regularly runs marathons after her daughter’s encouragement, proving that running is a healthy activity for all ages.

Registration for the Sweat With Your Sole Conference is open now until Sept. 7. Charlotteans can expect to see many of their neighbors from BGR’s active Charlotte chapter.