The Charlotte congresswoman spoke at a luncheon celebrating the 25th anniversary of the African American Community Foundation. 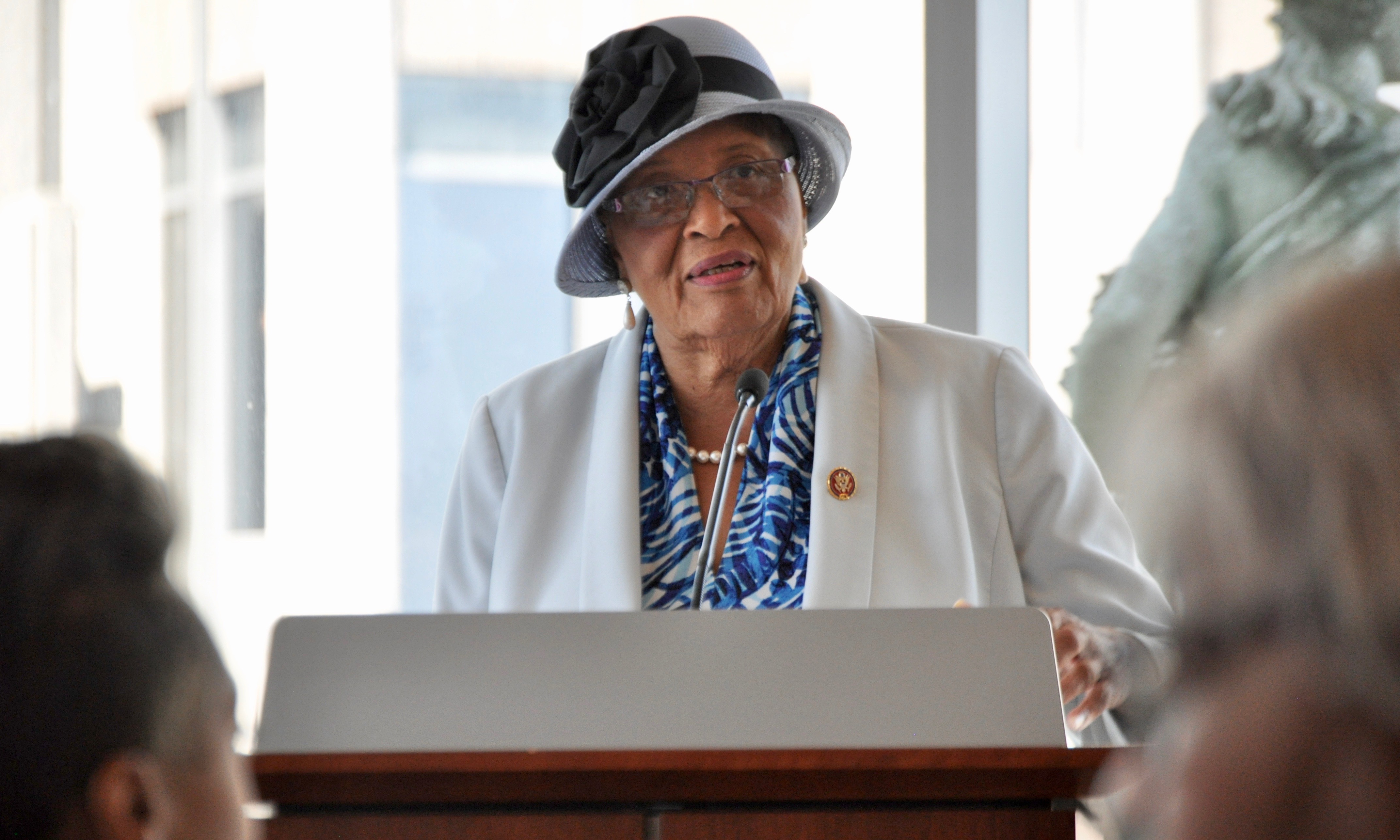 To bring about change and meaningful policy reforms, black Americans must leverage their collective wealth, U.S. Rep. Alma Adams told a gathering in Charlotte on Wednesday.

Adams made those remarks at a luncheon celebrating the 25th anniversary of the African American Community Foundation (AACF), a grant-making program managed by Foundation For The Carolinas. AACF got its start after two African American women in Charlotte, Lethia Henderson and Elizabeth S. Randolph, each set aside money from their personal assets to address issues that negatively impact the city’s black community.

Why this matters: Of the billions of dollars distributed each year by the nation’s large foundations, less than 2 percent of those funds are given to organizations that are “specifically black-led and organized to uplift black people,” said Susan Taylor Batten, president and CEO of the Association of Black Foundation Executives.

Adams said sacrifices such as those made by Henderson and Randolph must become the norm for more black Americans. Her comments came as the nation marks Black Philanthropy Month, which is celebrated each August.

“Forty years from now, black people will struggle with the same problems we’re struggling with today, and our communities will remain stagnant and they won’t be further along if we don’t look down the road,” Adams said. “The long term is the vision.”

The justice system: Noting the high percentage of black men in jails and prisons, Adams said, “A more equitable society requires a justice system where everybody is treated fairly, and that’s not happening right now.” She said more money is needed to address systemic injustices and to advance “equitable treatment under the law.”

Arts and media: Adams said arts and media are “critical to giving voice to underrepresented groups” and “influencing our biases and how we perceive the world.” With a shortage of prominent, diverse voices, she said, “we miss the relational nuances that are essential for peace and justice.”

Environment: Often overlooked, the environment has a significant impact on racial inequalities, Adams said, adding that “environmental racism” leads to higher incidents of chronic conditions such as asthma, cancer and even birth defects in the black community.

Adams said blacks need not apologize for focusing on issues that impact their lives and communities.

“It’s time to celebrate African Americans who are giving their time, their talent, their treasure to make a difference,” she said. “…We need to continue to work toward that.”

Adams, a former educator, offered this quote from the civil right pioneer W.E.B. Du Bois: “The real test in the advancement of any group of people in civilization is the extent to which they are able to organize and systematize their efforts for the common welfare.”

Calling for “intentional charity to dismantle structures of injustice and inequality,” Adams also referenced the local slogan “Charlotte’s got a lot.”

“Yes, we do,” she said. “But we need to collectively focus on sharing the story of philanthropy, so that those who don’t have a lot can have a lot more.”

To commemorate its 25th anniversary, AACF this year awarded grants totaling $25,000 to the following organizations.

S.T.A.R.S. Math & English Academy – The grant helped to expand the number of 3rd-8th graders served by their End-of-Grade (EOG) Boot Camp which enables students to increase their performance on state EOG tests in reading and math. The EOG Boot Camp has been in existence for seven years with positive outcomes.

Persons or groups interested in contributing to AACF or opening a new fund may contact Qiana Austin at Foundation For The Carolinas: 704-973-4535 or qaustin@fftc.org. All contributions are tax deductible.

The application process for the 2020 funding cycle will begin in February. For more information on grant requirements and funded projects, visit www.fftc.org/grants.

Publisher’s Note: Support the work we do at Qcitymetro. Become a member of the Qcity Press Club.