Hester McCardell Ford was born in 1904. On Thursday, the 115-year-old was recognized as Charlotte's oldest person. 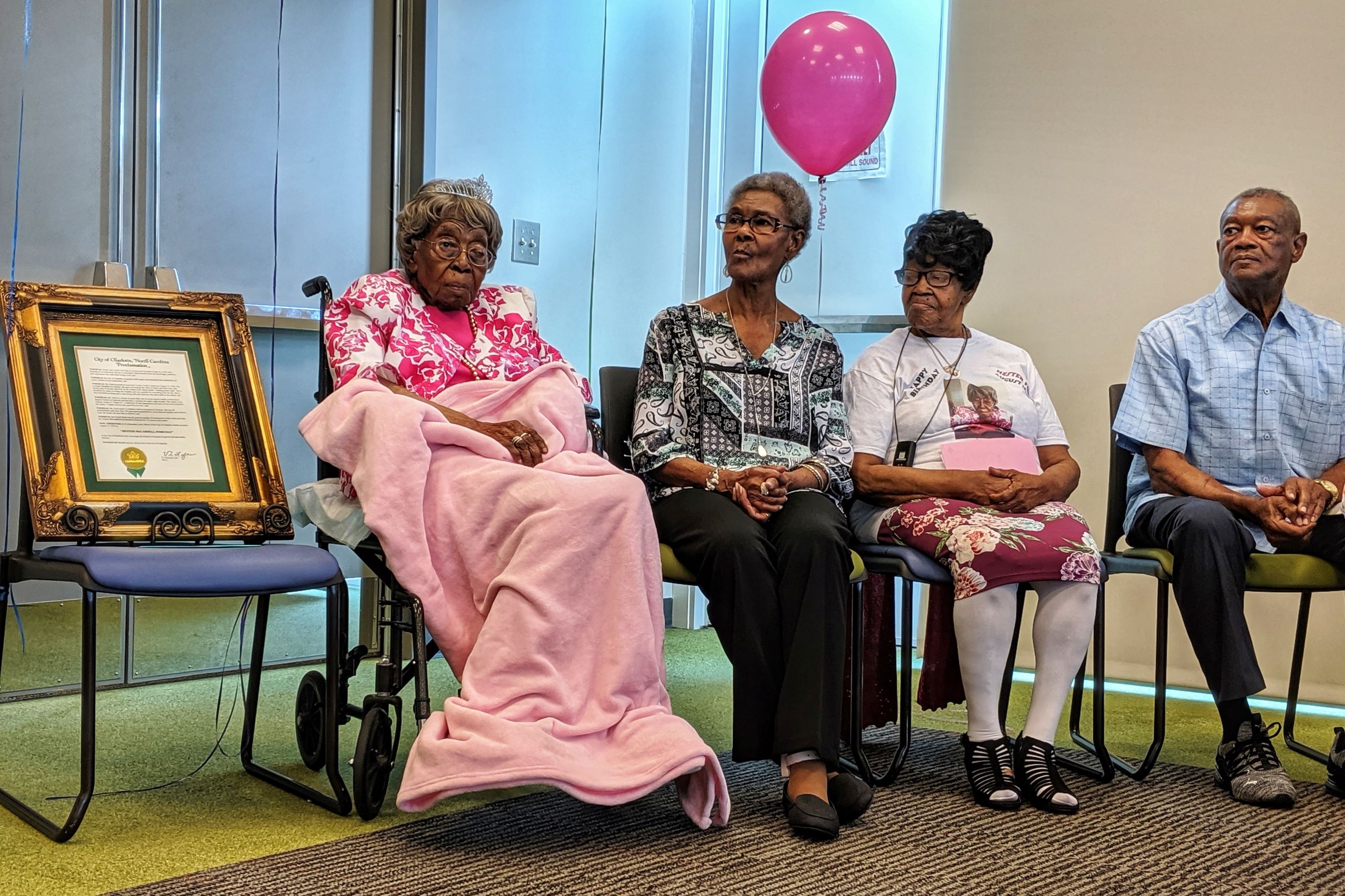 Ford was born in Lancaster County, South Carolina in 1904. When she was born, a loaf of bread cost about five cents and people still got around by horseback. During her lifespan, she’s had 12 children and 120 great-great-grandchildren.

The milestone was celebrated as part of Cooking Matters in Your Community, a nonprofit that educates families about healthy eating. City Council members LaWana Mayfield and Dimple Ajmera presented the proclamation on behalf of the mayor. Afterward, attendees visited stations with samples of the various food groups that make up a healthy meal.