The organization, which focuses on Black women in music and entertainment, restarts its Charlotte chapter led by media maven Jameka Whitten. 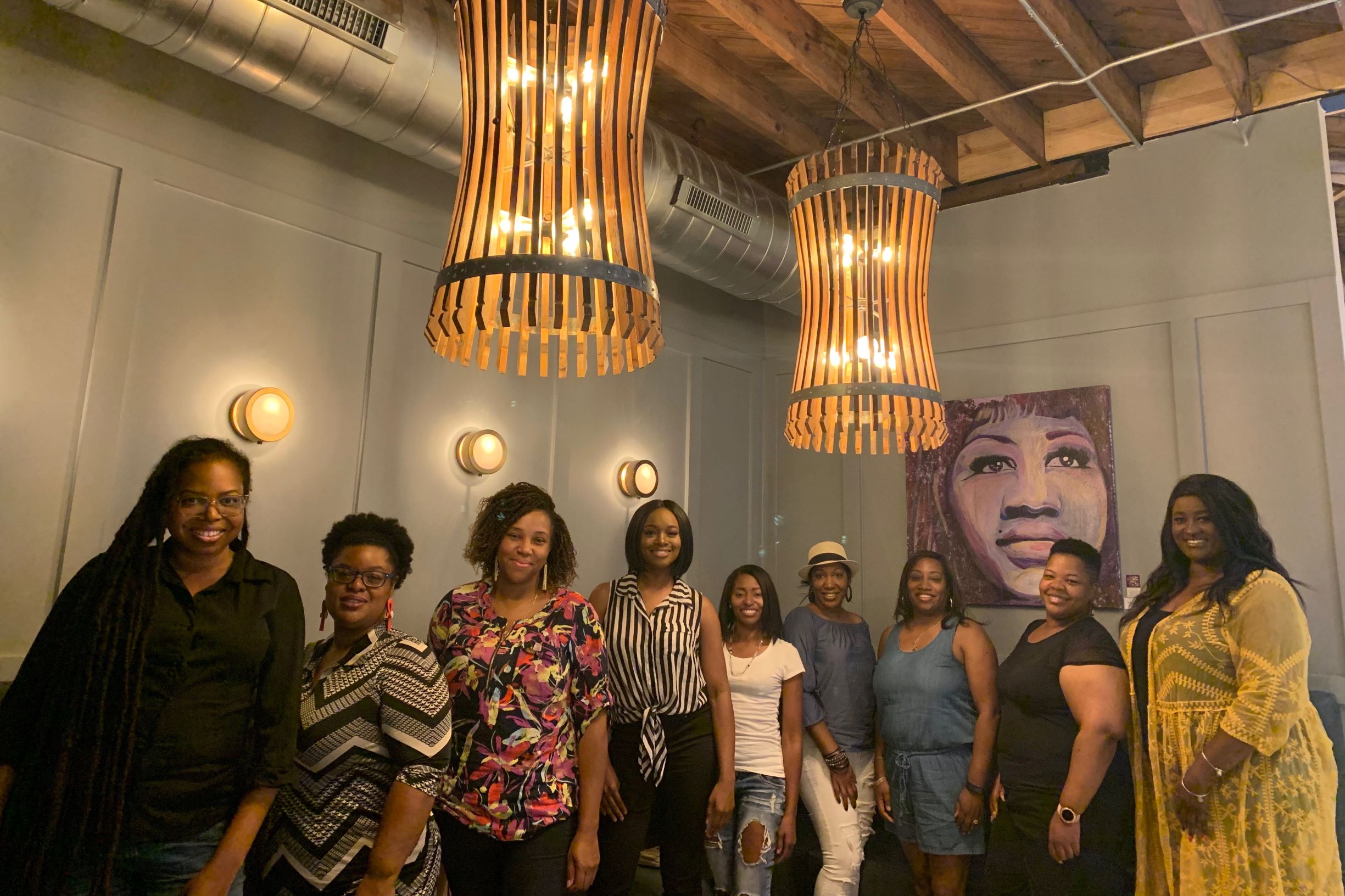 Women in Charlotte's chapter of the National Association of Black Female Executives in Music & Entertainment at their Queen Collaboration on July 31. Photo courtesy of Jameka Whitten

For Charlotte women working in the music and entertainment industry, the opportunity to embrace all things #BlackGirlMagic lies in the relaunch of the local chapter of the National Association of Black Female Executives in Music & Entertainment (NABFEME).

Bridgette Wright, Carolina Style magazine editor-in-chief, initially chartered NABFEME-Charlotte in 2009. Now back from a roughly five-year hiatus, the chapter is undergoing a major resurgence with public relations and brand management entrepreneur Jameka Whitten at the helm as the national organization celebrates its 20th anniversary.

“We’re really aiming to make a mark in Charlotte and want to create a safe space for women to grow and develop,” she said.

The group relaunched on June 6 with its staple Queen Collaboration, a mix and mingle segment held before the start of monthly meetings. As part of the meeting agenda, members kick it up a notch by delivering a 60-second pitch to other attendees about current projects and collaboration opportunities.

“I don’t want this to be standard networking. I want people to walk away with action items and be able to call upon one another when they need help,” Whitten said.

Johnnie Walker, a radio producer turned music industry executive, founded the national organization in 1999 as a networking, empowerment and resource base for women of color interested or involved in the music and entertainment business. Since then, NABFEME has grown from a group of six women dedicated to blazing an equitable path of success for their sisters to an organization of 22 chapters —including international chapters in Canada and Nigeria.

“Our entire mission has been centered around the idea that we are here,” said Walker, who was the first and only woman to hold the title of senior vice president of promotion for Island Def Jam Music Group. “We’re just trying to open the avenue to show that there are a lot of talented women who do a lot of things.”

Terza Lima-Neves, a political science professor at Johnson C. Smith University, says women’s organizations are invaluable in the cross-generational role they play in helping women to see space for themselves in the broader cultural context.

“When we look at these organizations, we look at the way that they also inspire young women and girls to pursue their passions and turn them into professional goals,” Lima-Neves said.

Along with professional development, the chapter is focusing on the return of their signature event, Women Who Jam. Last held in Charlotte in 2009, Women Who Jam is a live music event offering a platform for independent women artists and providing financial support to local charities.

“More than anything, it’s a support system.”