Joseph Williams always knew he wanted to be a pilot and own an airline. He's accomplished both and now he's sharing his knowledge with Charlotte youth. 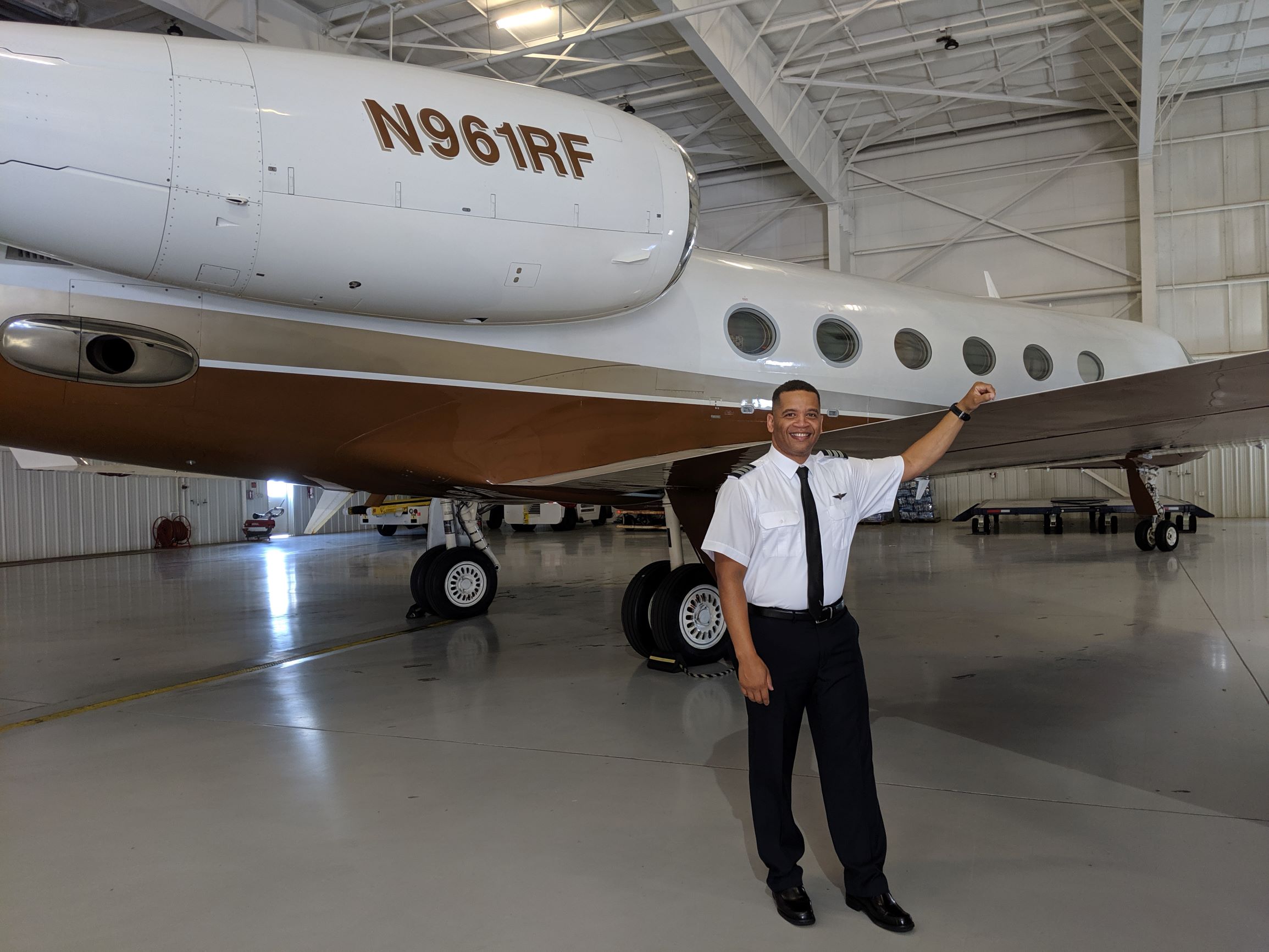 Joseph Williams, founder and CEO of Herald Charters, is sharing his knowledge of the aviation industry in efforts to promote a potential career path. Photo: Qcitymetro

When Joseph Williams was a kid, his dad told him that he could be anything he wanted. Even as a child, he knew he wanted to be a pilot.

A native of Tuskegee, Alabama, Williams grew up with famous Black pilots of the Tuskegee Airmen in his community. He said those like Herbert Carter served as an inspiration to also become a pilot. Throughout his childhood, Williams’ parents exposed him to books and activities geared toward helping their son’s dreams become a reality.

Williams, founder and CEO of Herald Charters, wants to present that same opportunity of early exposure to youth in Charlotte. In a private hangar at Concord-Padgett Regional Airport, he recently welcomed a small crowd of families to Jubilee Day, an opportunity to get a behind-the-scenes look at life as a pilot.

“It’s an opportunity to experience what it’s like to be involved in aviation with something more than [baggage handling] or cleaning airplanes,” he said. “We want them to understand that they can be pilots, they can be flight attendants, they can actually own airplanes if they want to. They just have to stay disciplined and stay the course.”

“None of us have ever been on a plane before, and I knew it would be super exciting for my kids,” he said as Carter tried to grab his attention to watch a private plane take flight.

He continued, “It looks like he has an interest in planes. He’s very enthused, and maybe one day he might be my future pilot.”

Williams himself represents a “needle in a haystack” when it comes to Black pilots. According to last year’s figures from the Bureau of Labor Statistics, only 2.7% of the nation’s 119,000 pilots and flight engineers were Black.

The aviation industry is also dominated by men — 91% of the 119,000 pilots and flight engineers employed last year were men. But that doesn’t deter Dominique Leonard-Curry, a 1st Officer with PSA Airlines, an American Airlines subsidiary.

“When I was 14 years old, I was invited to a summer aviation camp. It was the distinct pleasure of seeing someone like me, that kind of sparked the interest,” she said during Jubilee Day.

At 16, she enrolled in her high school’s flight aviation program and graduated with a private pilot’s license. She continued her flight journey at Purdue University. Her pivotal point came when a Sisters of the Skies mentor told her that the sky’s the limit.

“It was her guidance and her push that allowed me to branch out and pursue an airline career. I took her advice and haven’t looked back since,” the 15-year veteran said.

A higher calling led to his company’s mission

Williams has been a pilot in Charlotte for almost three years, first with PSA Airlines and then moving on to American Airlines last year. More than 15 years as a US Air Force pilot pulled him toward establishing Herald Charters and teaching others how to fly.

When he started pilot training in the Air Force, he realized he wanted to own a plane and start an airline. The original idea was to start as a cargo airline to supplement companies like UPS and FedEx. But he said God told him to make it a missionary charter airline.

“Because I went to seminary school, I went on a lot of mission trips,” Williams said. “Missionaries don’t normally have lots of money to donate towards an airline ticket. That was the genesis behind Herald Charters, to fill the gap for the missionaries and workers because they need to get there and not worry about how much it’s going to cost them.”

Williams is still working through approval logistics with the Federal Aviation Administration, so he predicts it will be up to three years before the missionary trips launch. In the meantime, Williams and his group of volunteer pilots will continue to use the outreach arm of Herald Charters to share their love of the skies with anyone who will listen.

“The Air Force put a lot of money into me, so now I want to use that training to help other folks learn how to fly and do something fun,” he said.