Toni Morrison may no longer be here with us physically, but between the margins, she will live forever. 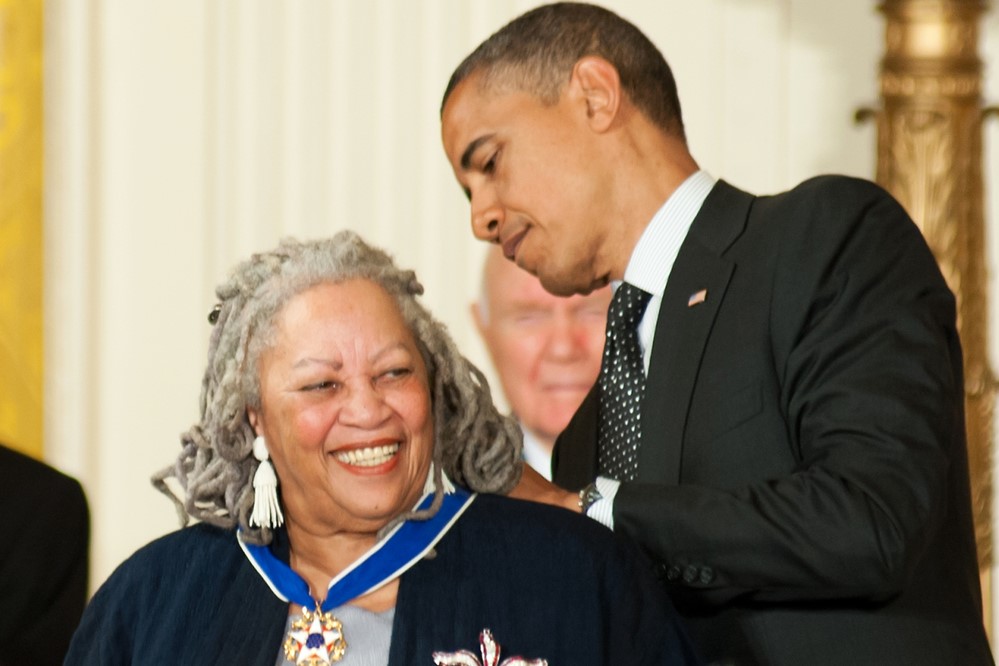 Award-winning author Toni Morrison died Monday. She was 88. Her works were rooted in Black life and culture, including titles like “The Bluest Eye,” “Beloved” and “Song of Solomon.” Among her list of accolades, in 1993, Morrison became the first African American woman to receive the Nobel Prize in literature.

The date was Aug. 2 and darkness had just blanketed the sky when my wife and I entered the Airbnb tiny home we would be staying in for that weekend. The drops of rain that had tapped against our frames, trickling toward the soles of our feet, transformed us into walking puddles as we left wet trails against the waxed hardwood floor.

The weekend was set to be celebratory. We were celebrating the birthday of a good friend, the roll-out of my upcoming novel and my acceptance of a new opportunity within corporate America. Even though there was a storm brewing outside, inside we were thrilled to be experiencing living in a tiny home—something that has been on our bucket list for quite some time.

As a writer, I tend to find the creative element within all things. As my eyes scoured the cottage, I marveled at the tidiness and decor of the small kitchen: white walls, condensed space, only the necessities present. My eyes wandered toward the living room, capturing the artistry of the cool grey color tone of the couch contrasting with the salmon-colored pillows and throw blanket, the small entertainment center that housed board games, magazines and books and the little white end table that had more books atop it. It was at that moment when the house became alive in a way—home if you will.

A copy of Toni Morrison’s “Beloved” was on the end table, breathing life into a space unfamiliar to me. It was something tangible that I could grab, hold and immerse myself into, resonating joyful memories (of when I first read it), excitement and the blueprint of a mastery prose.

Toni Morrison was one of the mothers of storytelling. Her words were captivating, magical and masterful in depicting not only the Black experience in America, but life in general. As a mother of literature, she was able to raise, nurture and cultivate the next wave of literary offspring through word —leading them down a path of finding their own comfort and identity under the literary sun. Morrison’s prose is magnificently radiant, fierce and extreme in its way—pushing the boundaries of one’s imagination.

Her words dance gracefully within the margins leaving behind pages of beautifully choreographed stories that will continue to transcend generations. The complex, unflinching truth-telling within the themes and ideals that Morrison addressed will continue to speak to us, spiritual in a way, like a Sub-Saharan African musical tradition.

Just three days prior to Toni Morrison gaining her wings, I was standing in that tiny house eyeing her book atop that end table, immediately bonding with the owners.

As I type this, I can envision Pecola Breedlove clutching one of the pillows on the couch wishing for her blue eyes. I can see Sula walking down the stairs, rose-shaped birthmark illuminated by the light, sadness in her eyes. I can see Sethe, crouched over the bed upstairs, eyes closed, mystically watching over and protecting her children.

Like that tiny home, there was no waste of space in Morrison’s words. Each noun, verb and adjective maximizing its space on the pages and within our minds. Toni Morrison may no longer be here with us physically, but between the margins, Toni Morrison will live forever.

Born in Memphis, Tennessee, Mario D. King is the author of several books about the complexities of everyday life, including “The Crisis Before Midlife,” “Where Do We Go From Here I” (co-author) and “Where Do We Go From Here II” (co-author). He currently lives in North Carolina with his wife and children. “Low Reign” is the first of three works that he will publish in 2019. Follow him on Instagram and Twitter or visit mariodking.com.