Daniels' project credits is a Who's Who of top artists from Michael Jackson to Beyonce. Now, he's focusing on Charlotte's independent artists. 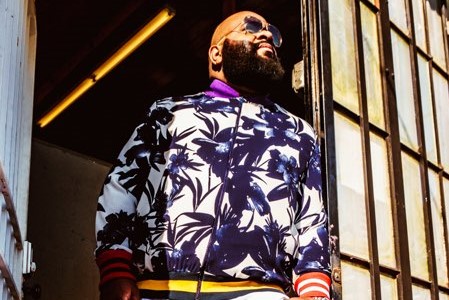 LaShawn Daniels is one of the top songwriters and producers in today’s music industry. Winner of two Grammy Awards, Daniels’ songwriting credits read as a Who’s Who of popular artists, including Michael Jackson (“You Rock My World”), Whitney Houston (“It’s Not Right (But It’s Okay)”), Destiny’s Child (“Say My Name”), Drake (“Teenage Fever”), and others.

Daniels relocated from Los Angeles to Charlotte and wants to leverage his success to help other artists navigate the ever-evolving music industry. He’s hosting the I PUT ME ON Music Conference on Aug. 10 at the Kimpton Tryon Park Hotel. Independent artists will have the chance to attend workshops covering music production, songwriting, audio engineering and more. One participant will get one-on-one mentoring during a studio session with Daniels.

“Charlotte has a growing music scene, which is one of the reasons I am hosting the first I PUT ME ON Music Conference in the Queen City,” Daniels said. “I want to help independent artists in this region develop a deeper understanding of the music industry and show them how to best position themselves for success.”

Made for the music industry

From the beginning, music was an important part of Daniels’ life. The New Jersey native comes from a family of four sisters and one brother. His father was a preacher who had a storefront church.

“Most times, the only people inside the church was us,” he chuckled.

What the church lacked in attendance, it more than made up for with its music. His father played guitar, his sister played the organ, and he played the drums. With that instrumentation and their vocals, music was starting to become his predetermined destiny.

“My father was very particular about our music. He knew how he wanted things to sound, and he was very precise,” Daniels explained.

The rigorous training and discipline were crucial in his early development as a songwriter and vocal arranger. But what about a collaboration with Rodney “Darkchild” Jerkins?

The Darkchild and a move to LA

R&B singer Joe and his classic song, “Don’t Wanna Be a Player, ” was the catalyst for Daniels to reach the next echelon of his music career. In 1997, the song reached number 21 on the Billboard Hot 100 and became Joe’s second Top 10 hit on the Hot R&B/Hip-Hop Songs chart.

Daniels worked alongside Rodney Jerkins, who served on the track’s writing and production team. Jerkins and Daniels had some life parallels: they’re the same age and their fathers are both preachers. After the success of “Don’t Wanna Be a Player,” Jerkins insisted that Daniels move to LA.

To foster the move, Daniels said that Jerkins’ father called his dad “just to assure that this move would be okay and that Rodney would look out for him.” Twenty years later, the move to Los Angeles proved to be the right move. The pair are still great friends and business partners.

As mentioned, Daniels has worked with some of the greats in the music industry. When asked about some of his favorite collaborations, he said, “Michael Jackson taught me a lot about discipline and to always challenge yourself. Always continue to ask yourself, is this the best you can do?”

He continued, “Beyonce is very direct and has a hands-on approach, and she believes that simplicity is the key.”

With these types of high-profile collaborations in LA, Daniels achieved success, but he was ready for a change and a new challenge.

Welcome to the Queen City

Two years ago, Daniels and his wife made the move from Thousand Oaks, California to Charlotte.

“There was an article in Forbes magazine that ranked Charlotte as the next city of great prosperity,” he said. “I don’t want to say that Charlotte is going to become the next Atlanta or anything like that. Charlotte is destined to be great on its own.”

He sees some similarities between Charlotte and LA’s music scenes.

Can Charlotte be the next big music city, a la Nashville or Atlanta? Daniels thinks so. The city does, too. In May, the Music Everywhere initiative released the Charlotte Music Ecosystem Study and Action Plan that provided Charlotte’s music community and city leaders an in-depth assessment of the health of the local music industry and more than three dozen recommendations to grow the local music scene.

How do you know which platforms are best? How do you know who to trust to help distribute music? These are some of the topics to be discussed at the inaugural “I Put Me On” music conference.

What’s next for Daniels?

Daniels shared that he’s working on new projects — and dropped a nugget to look out for R&B singer Brandy.

There’s still a list of artists that he wants to partner with. His dream collaboration:

“I would like to produce something with John Mayer,” he said. “The funny part is that he will be performing in Charlotte, the day before my conference.”

I PUT ME ON Music Conference