The Charlotte Amateur Tennis Championship will be held Aug. 16-18 and benefits the Cynthia Graham Hurd Foundation for Literacy and Civic Engagement. 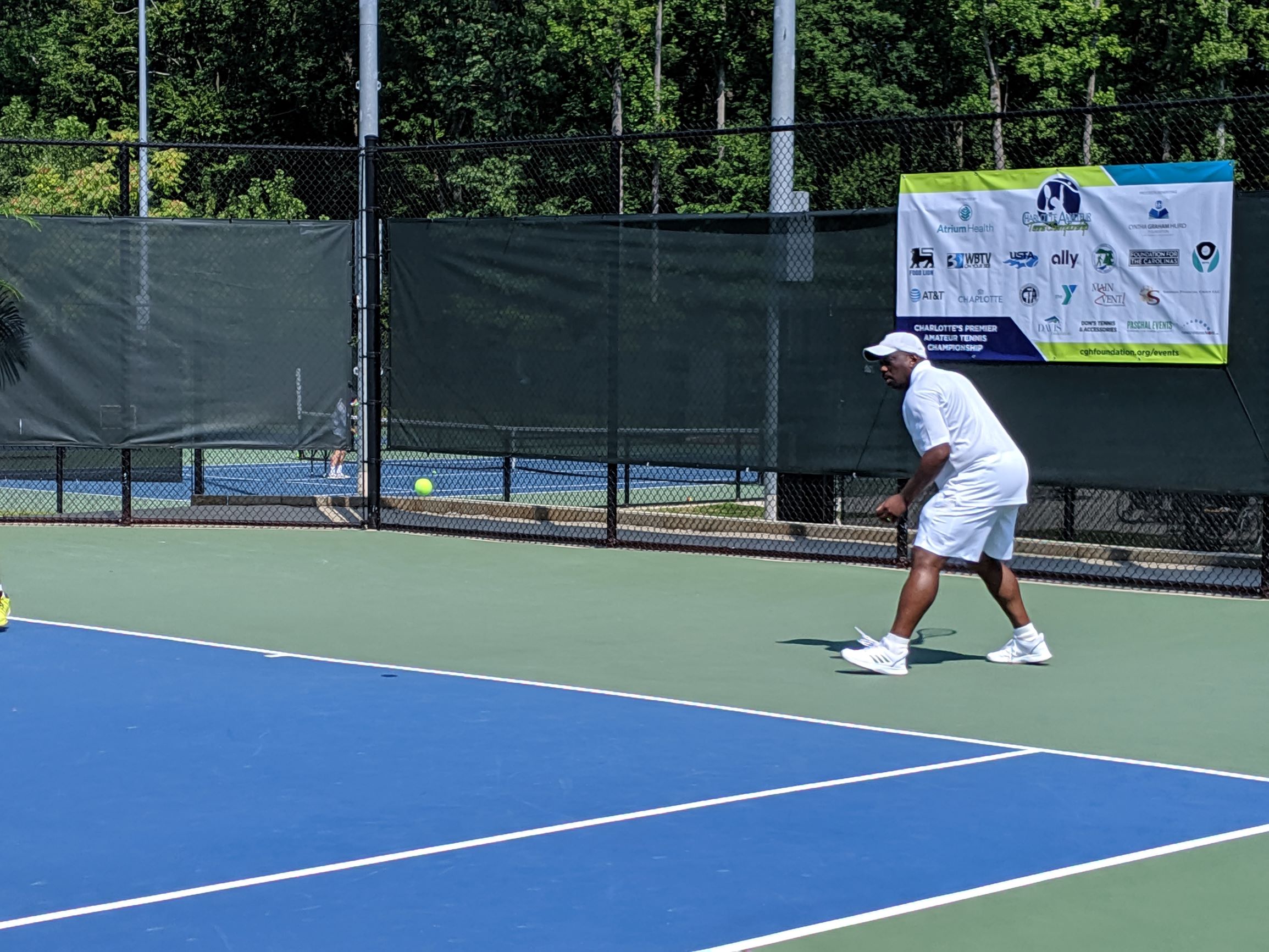 Malcolm Graham is an avid tennis player. It’s what brought him to Johnson C. Smith University in 1981 on a tennis scholarship. Now, he’s leading the foundation that is hosting the first Charlotte Amateur Tennis Championship.

The three-day event benefits the Cynthia Graham Hurd Foundation for Literacy and Civic Engagement, named in honor of Graham’s sister who was one of nine people killed in the 2015 shooting at the Emanuel African Methodist Episcopal Church in Charleston, S.C. Graham serves as the foundation’s president and tournament director for the event.

He credits his sister for motivating him to get better at the sport.

“When I was growing up, my sister encouraged me to play. It wasn’t really popular back in the early ‘80s for an African American to be playing tennis in Charleston,” Graham said. “She saw that I had some talent and encouraged me to play the game and went to tournaments with me. This is a way to honor her memory and do something fun along the way.”

Along with crowning the city’s best amateur tennis players — each splitting a $2,500 cash prize — Graham says it’s also an opportunity to highlight the use of public tennis courts.

“In Charlotte, a lot of the tennis players play at private clubs. This tournament is a way to showcase the public facilities and encourage people to play on public courts,” he said.

“I think it will be an excellent opportunity to put Charlotte on the map in a different way if it grows and becomes something significant on the USTA circuit,” he said.

On Aug. 15, “A Community Conversation with Shannon Watts” will be held at Johnson C. Smith University’s Biddle Hall from 7-9 p.m. Watts, a mother of five, is the founder of Moms Demand Action for Gun Sense in America.

Kids and adults who enjoy tennis “just for the fun of it” can participate in Food Lion Rock & Rally Kids Day and Adult Social Play. It takes place Aug. 17, from 9:30 – 11 a.m. at the Jeff Adams Tennis Center at Renaissance Park. Kids Day is limited to 100 kids. Register here for both events.