After 1 1/2 years without a physical location, Ariene Bethea has opened her design studio in Oakhurst. Her husband owns the business next door. 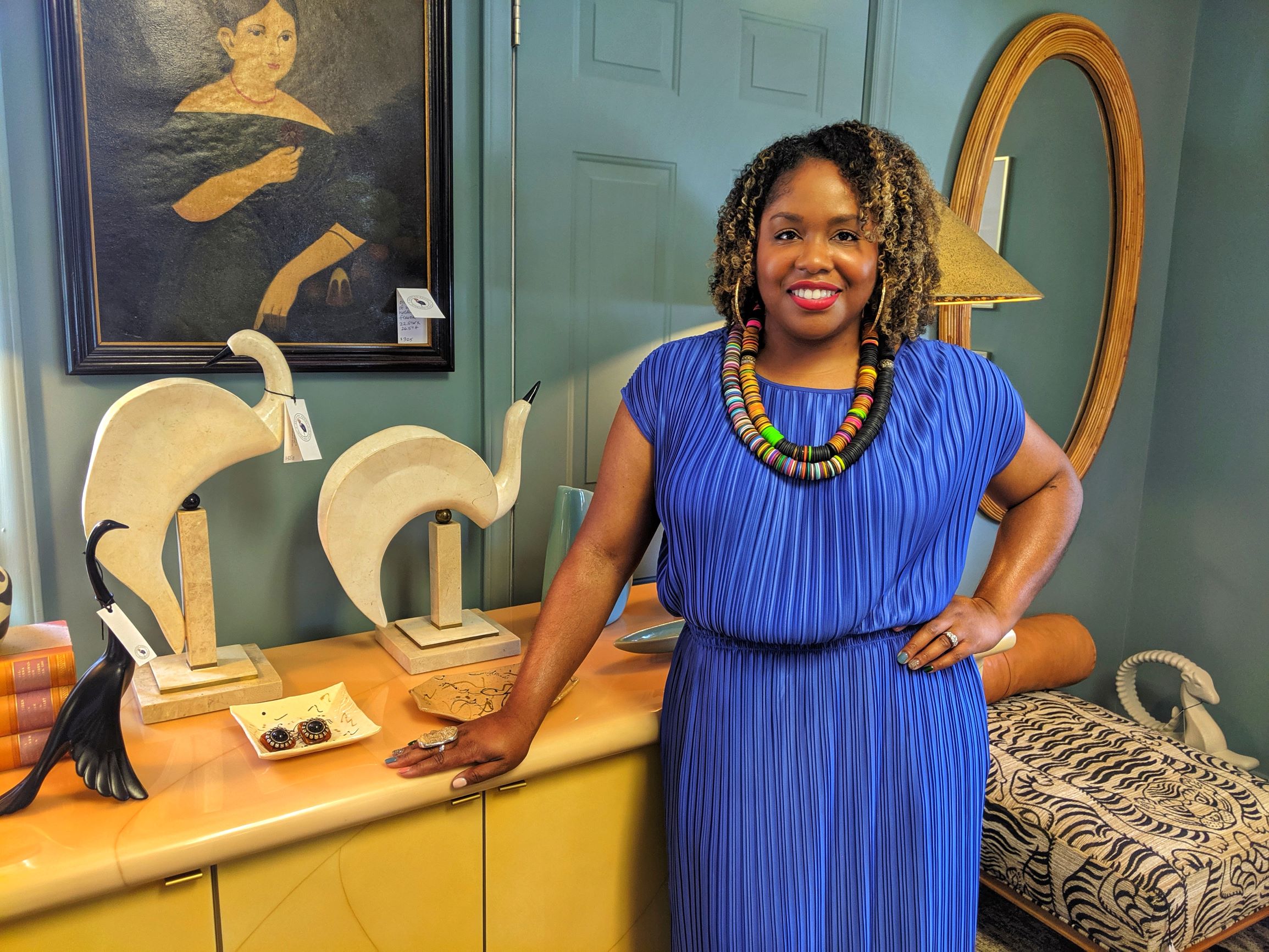 She previously had shops in the NoDa and Elizabeth neighborhoods, but the new location for her vintage furniture shop, Dressing Rooms Interiors Studio, is ideal. The chiropractic business next door is owned by her husband, Daren.

“I’ve been looking for a space, and the goal was for my husband and I to be next to each other to help each other,” she said. “When this space became available, it was perfect.”

A notable designer and style contributor in Charlotte, Ariene loves collecting vintage African, Asian and Indonesian pieces as reflected when you enter her boutique.

We took a look inside Ariene’s shop during her grand opening on Saturday.

Not only can you see Ariene’s design style in her own space, she also decorated Daren’s office. We followed him next door to get a peek inside In Home Chiropractic and Personal Training and to talk about being an entrepreneur couple.

Daren, a former college football player, has operated his chiropractic practice for 14 years. For six years, he’s been at the Oakhurst location.

Being next door to Ariene allows him to help move heavy furniture and perform general maintenance. Together, they travel all over hunting for vintage decor.

Ariene has been just as supportive over the years for Daren — she assists with office manager duties for his clinic.

“The bottom line is that we’re for each other,” Daren said. “We try to work as a team, and the team is stronger when the person who is the strongest in that particular aspect takes charge.”

The Betheas have been married for 20 years, and together since meeting in college at Elon University. Following graduation, they moved to New England where he studied to become a chiropractor and she received a master’s degree from Emerson College before moving to Charlotte in 2008.

Looking to connect with other Qcitymetro readers around meetups and social events? Join our Qcity Press Club.