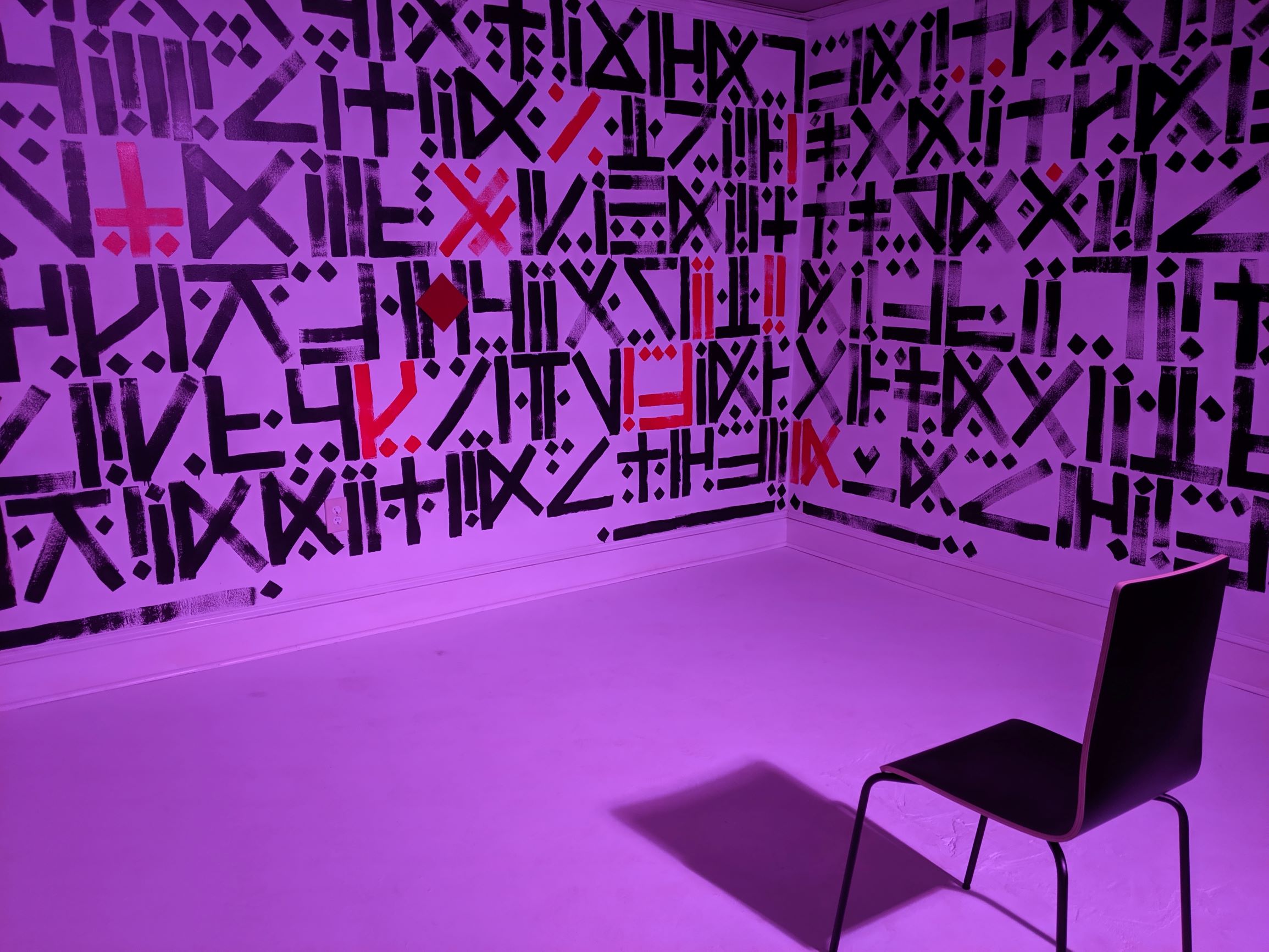 A new art gallery in Uptown Charlotte is allowing visitors to immerse themselves in several spaces and become part of the art. Unlike the temporary installations Charlotte is used to, Portal CLT is a permanent space tucked off of South Tryon Street. Among the eight interactive rooms featuring local artists, Jason Woodberry and graphic designer Marcus Kiser take it a step further with their exhibition that brings science fiction and social awareness together.

On first glance of the pair’s work, visitors are greeted by walls filled with a set of hieroglyphics titled “LHAXX.” That’s LHAXX, as in Henrietta Lacks, the African American woman whose cancer cells were used for research and still are vital today.

“The fact that her cells are still reproducing, technically, she’s immortal. That’s such a science fiction/comic book concept on its own,” said Woodberry, creator of “LHAXX.”

Coupled with the visuals is a technology piece where guests can download an app before aiming their smartphone camera at a trigger that plays a video from “Intergalactic Soul,” a comic-themed exhibition developed by the duo. The futuristic series follows two young Black astronauts, Astro and Pluto, who journey across the universe confronting sociopolitical issues.

“For a lot of people, it wasn’t until ‘Black Panther’ came out that they knew Afrofuturism was a thing,” said Woodberry, a web developer by trade. “Our narrative is about imagining Black people in the future. The hieroglyphics you see are supposed to be hieroglyphics of our future ancestors. We use the augmented reality technology that explains exactly what it is that you’re looking at.”

Jamie Johnson, Portal CLT’s general manager, wants to ensure that guests get the full experience of the artwork. She walks around encouraging people to do more than just take pictures for the Gram.

“It’s super interesting, and I think a lot of people don’t really understand it yet,” Johnson said. “I try to help them further understand that yes, this is visually pleasing, but it also has this interesting audio with it.”

It went deeper as Woodberry talked about what it meant to be a Black creative with this opportunity.

“Rarely does anyone come to you and say, ‘Hey, I got this space. Do whatever you want,’” he explained. “As Black artists, when you get the opportunity to say something, then say something.”

He added, “Let’s be the people to create the narrative for our future and not let it be created for us. Let’s dive into this Afrofuturism and get as imaginative as we want.”

According to Johnson, Portal CLT exhibits will switch every three to four months, which means customers have until roughly November to check out this version of “Intergalactic Soul” and “LHAXX.”