Council member Justin Harlow, who drafted the resolution, said it was meant to be a “statement and stance against racism and xenophobia." 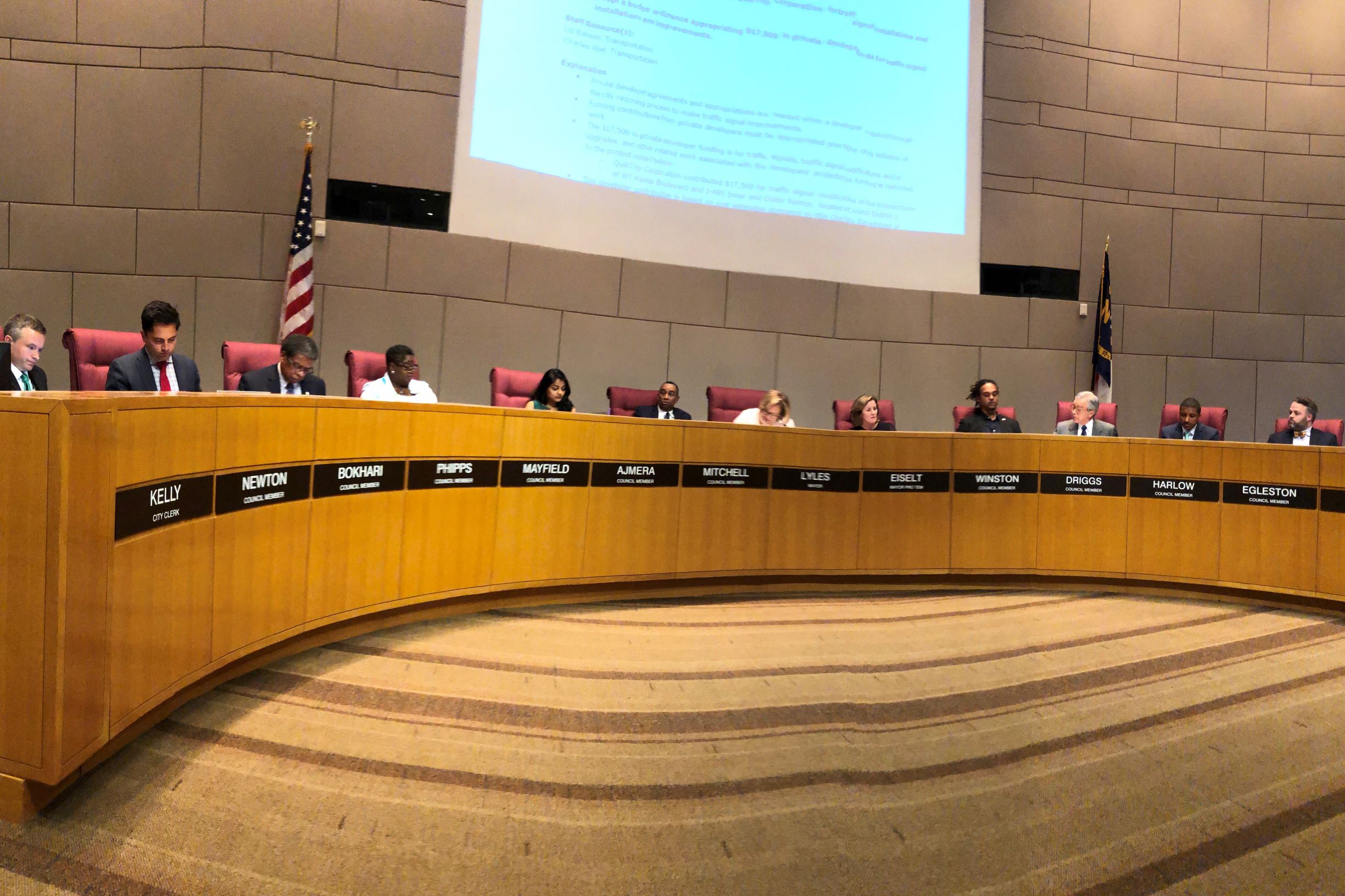 A resolution to “strongly condemn” President Donald Trump’s racist remarks passed Charlotte’s City Council by a 9-2 vote late Monday, days after Trump tweeted that four Democratic members of Congress — all women of color — should “go back” to the countries from which they came.

“This is not a time to be neutral,” Council member Dimple Ajmera said, voting with nine other Democrats. The council’s two Republican members –Tariq Bokhari​ and Ed Driggs — voted to oppose the resolution.

“We all live in the same glass house, and that’s the American house, and from this house we are telling the White House that racism and xenophobia will not be permitted,” Ajmera, who is of Indian descent, said before the vote.

The resolution specifically mentioned last week’s Trump rally in Greenville, N.C., where some of the president’s supporters chanted “Send her back,” an apparent reference to U.S. Rep. Illhan Omar, D-Minnesota, who moved as a child to the United States from Somalia.

Omar was among the congresswomen targeted by Trump’s “go back” tweet. The other three — Reps. Alexandria Ocasio-Cortez of New York, Ayanna Pressley of Massachusetts and Rashida Tlaib of Michigan — are all women of color born in the United States.

Several community members attended the meeting to express support of the resolution.

“We can’t have it both ways. You either support Trump or you oppose him. Anything else makes you complicit,” Charlotte resident Jibril Hough said. “I’m here to say, ‘Send him back!’ ”

The Charlotte vote came days after the U.S. House of Representatives passed a similar resolution, largely along party lines.

Bokhari, who opposed the Charlotte resolution, indicated that he did not see racism in Trump’s tweets and comments.

“What is so bothersome to me is the term racism is being thrown around like the term witch used to be,” Bokhari said. “I denounce racism and xenophobia, but that is not at issue here. This is not what the people of Charlotte elected us to do.”

Before the vote, Council member Justin Harlow, who drafted the resolution, said: “The intent of the resolution is to speak to the value and importance of Charlotte’s diversity, our welcoming of people from all backgrounds, and how we stand against and condemn all racists and xenophobic statements from Donald Trump.”

Charlotte resident Diana Levitt said she had no doubt Trump and his supporters were racist or had xenophobic intentions.

The same city council that voted to condemn Trump’s racist rhetoric voted last year to host the 2020 Republican National Convention, where Trump is expected to be nominated for a second term. At Monday’s council meeting, several residents used the public forum portion of the meeting to raise safety and funding concerns related to Charlotte’s role as host city for the RNC.

“I think it’s time we stop and  think about what we are doing, who we want to be remembered as, and the kind of people we want our children to be” Duchanois said

While the resolution makes no mention of the convention, Harlow said he felt “a statement and stance against racism and xenophobia should be made regardless of our status to host the convention.”

After the vote, Charlotte Mayor Vi Lyles, who pushed to host the convention, said she was pleased.

“There are times which define us and moments upon which we will look back upon our history. This is a moment our communities and neighborhoods can be proud of,” she said.