The three-day camps put Charlotte-area high school students in front of industry professionals to learn the business of sports. 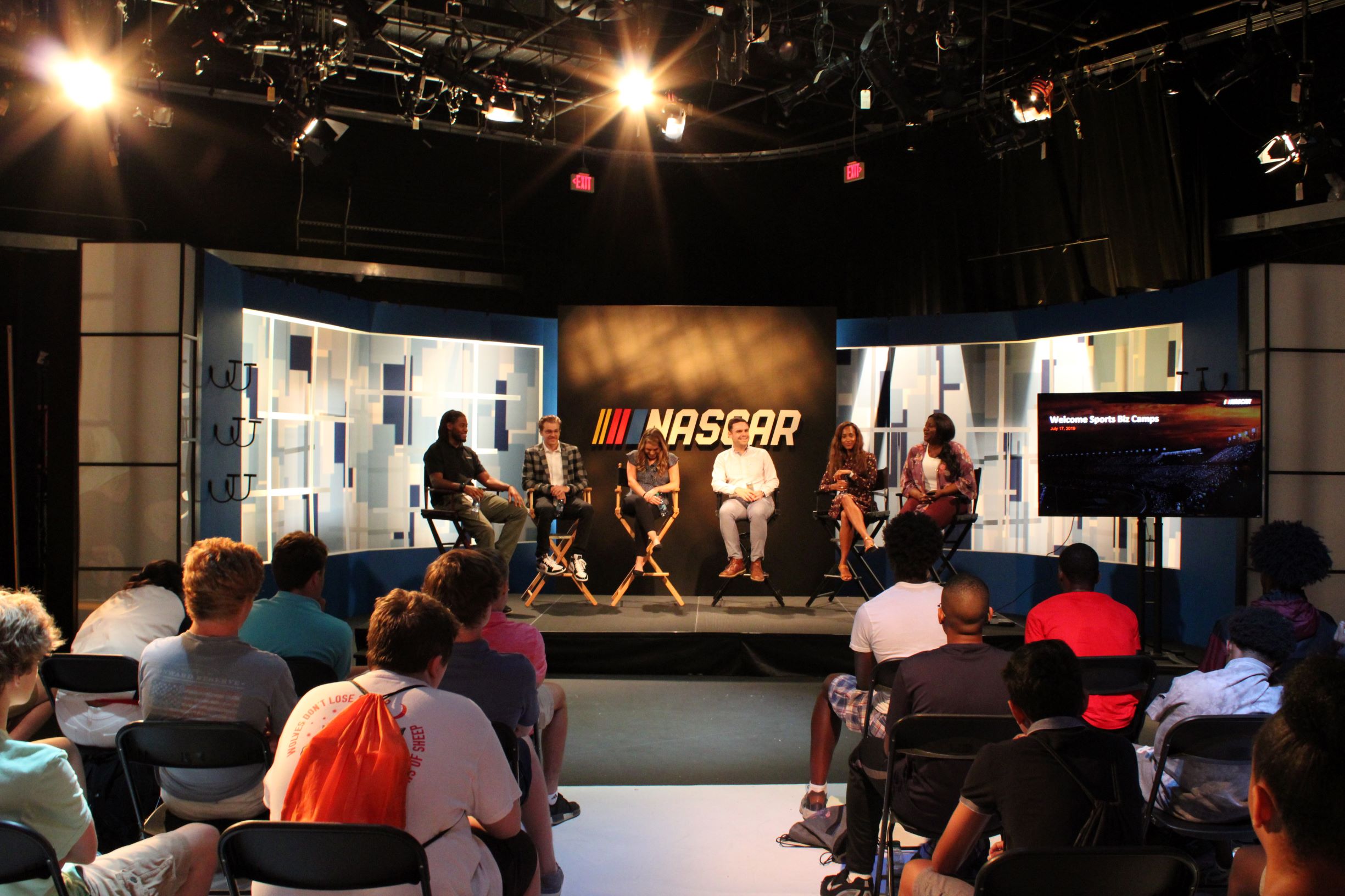 Charlotte-Mecklenburg and Union County high school students get a closer look at the business of sports through discussion with industry professionals during Sports Biz Camps. Photo: Jonathan Limehouse

While it’s common to see minority athletes represented on the basketball courts and football fields, the same can’t be said about representation in the boardrooms of sports businesses. The likelihood of high school and college athletes becoming professional athletes are minuscule, however, the founders of Sports Biz Camps are hoping that early exposure to sports business will translate to increased opportunities and diversity in major league sports.

“There is a real path and students can be more intentional about how to get in the sports industry,” said Jeff Longo, Sports Biz Camps co-founder and associate professor at Johnson & Wales University. “If they can start that at 14 or 15 instead of 17, 18 or 22, then they’re going to be that much ahead of the curve against everybody else.”

Charlotte sports leagues can point to examples when it comes to racial diversity in sports leadership. The Charlotte Hornets is home to the NBA’s only current African American majority owner, Michael Jordan, along with other prominent Black executives like team president Fred Whitfield. Carolina Panthers’ Ron Rivera became the NFL’s fifth Latino head coach when he was hired in 2011.

“When you look across the NFL, NBA [and] even Major League Baseball to a degree when you think of the Latino and Hispanic population, minorities are overwhelmingly what you see when you turn on the TV,” Littlejohn said. “It’s so important to see those same examples in the front office.”

Gavin Broome, 15, is open to exploring different avenues in sports after attending the camp.

“I’m not sure of what I really want to be yet, so they’re showing all the different stages of sports marketing,” he said. “I’m just trying to get used to what I want to be and find out before I go to college.”

Tobias said getting the opportunity is the first step, but students also have to see the hard work that goes into the business.

“Once you get that opportunity, make sure that you bust your butt to go ahead and maximize your potential,” he said.