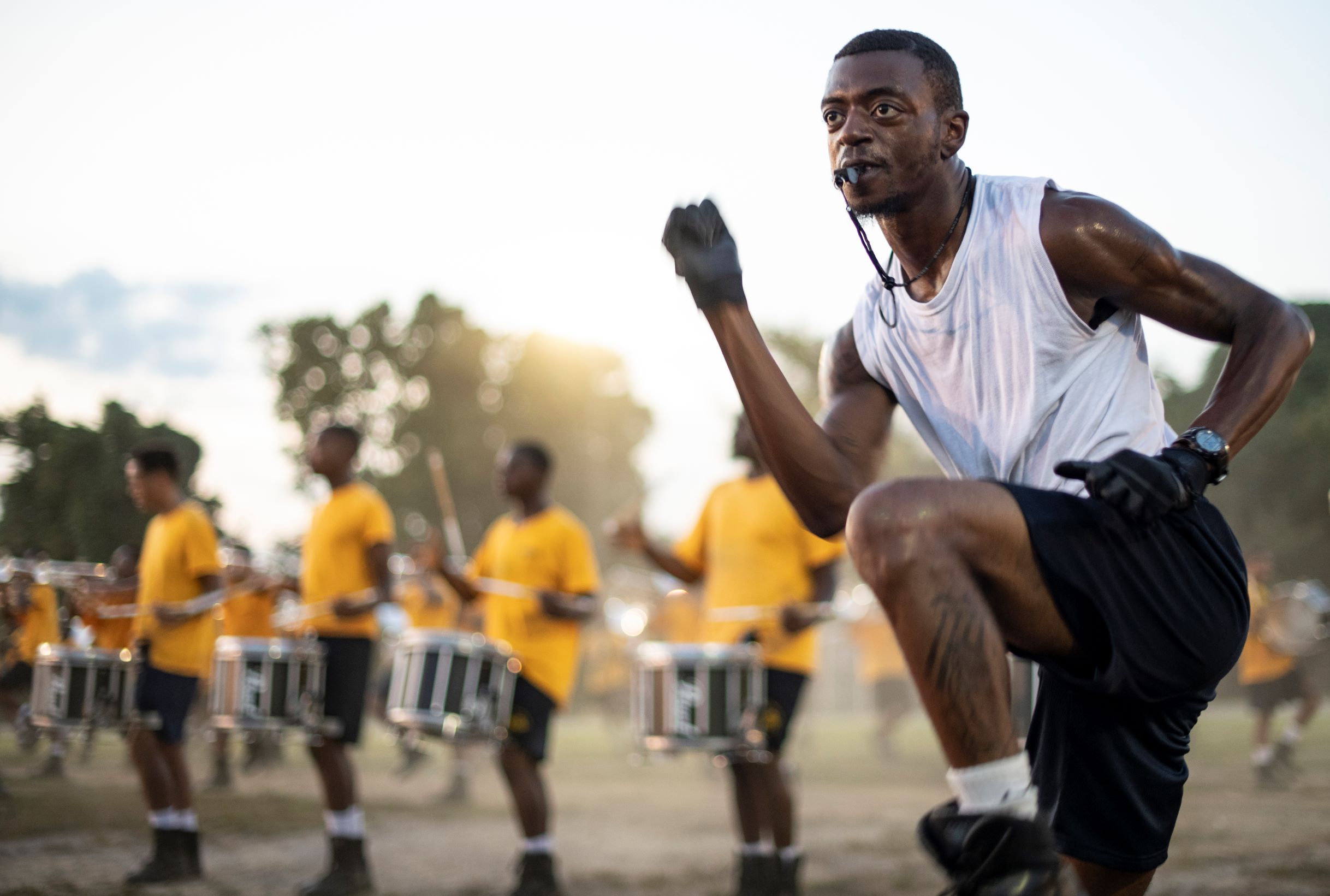 For those who attended a historically Black college or university, band culture takes on a whole different meaning. Six students from Randolph Community College tried to capture the essence of an HBCU marching band with a documentary based on the Blue & Gold Marching Machine of North Carolina A&T State University.

Opening night of the Joedance Film Festival will feature an 18-minute documentary highlighting the nationally recognized band program as it commemorated its 100th anniversary. Filmmakers followed BGMM during the 2018 marching season from the first day of band camp through homecoming, also known as the “Greatest Homecoming on Earth.”

“We knew how awesome they were and how nice it would be to document them over the course of marching season,” said Jenifer Hughey, a second-year photojournalism student at Randolph Community College who served as one of the film’s executive producers. “We wanted to do the best that we could to let everyone see how special the band is and how much determination and loyalty that goes into it.”

The film, “Blue & Gold Marching Machine,” began as a class project for the college students, but it has been making its way to film festivals across the state. In May, it was among 59 juried films selected for the Longleaf Film Festival in Raleigh. Last month, it took home the award for Best Documentary Film at the Cape Fear Independent Film Festival in Wilmington. Not bad, considering it was their first documentary.

Clarence Fisher was a student at N.C. A&T from 1965 to 1969. As a music major, he spent four years as a member of BGMM and served as band president his senior year.

“I didn’t realize at the time, what impact that experience was having on me,” said Fisher, who provided historical context in the documentary. “I realized that a lot of the things in my life as an adult, I contribute back to A&T and the band.”

Fisher says that the majority of band members aren’t majoring in music. “They’re engineering majors and history majors and sociology majors,” he said. “This is what they do to contribute back to the university.”

That was the case for Charlotte resident Ronald Hannah, who was an information technology student at A&T from 2002 to 2007. He also played the trombone as a member of the Blue & Gold Marching Machine.

“When I went to orientation with my family, we did get to go to a football game, and I got to see the band perform,” Hannah said. “I was a ‘band head,’ but I knew nothing about ‘show style’ bands, so it definitely piqued my interest.”

It was different from the ‘corp style’ he performed with his high school band back in Richmond, Virginia. Hannah recalled his days at A&T as a band member under the direction of the late Johnny Hodge, Jr., who led under the philosophy “the small band with a big sound.”

“Our band camp was the truth, and that’s what made us what we are,” he said. “Dr. Hodge brought this mentality of what they call ‘kaos’ — kick ass on Saturday — and that’s what it was.”

About a year ago, Fisher — now a Gastonia resident — began publishing an independent weekly e-newsletter called “The Loyalty Letter” that highlights stories related to the school’s band program and alumni.

“I’ve watched the dedication of the staff and students in the band and it renews my spirit around the value of HBCUs. We are starting to realize that we’re all in this boat together,” he said.