After eight seasons, Kemba Walker plans to leave the Charlotte Hornets to join the Boston Celtics. He's expected to sign a four-year, $141 million contract with the Celtics. 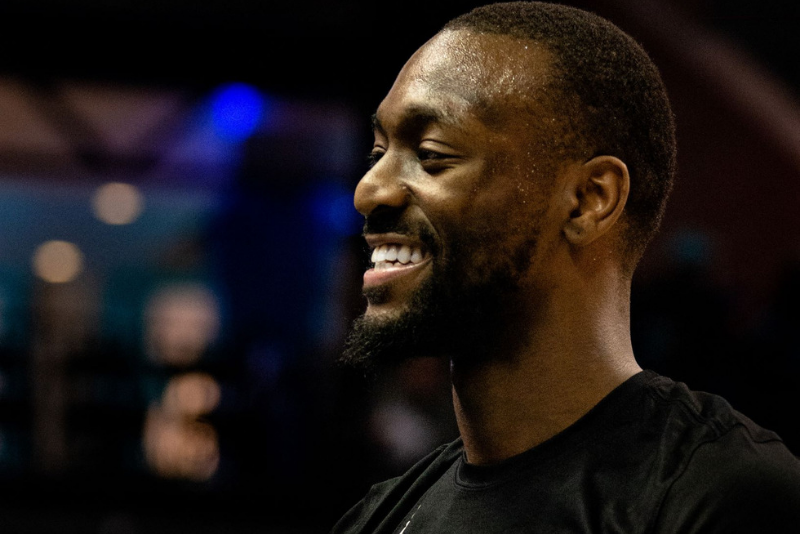 Kemba Walker before the March 19, 2019 game against the Philadelphia 76ers. Photo courtesy of the Charlotte Hornets

Kemba Walker, Charlotte Hornets’ three-time All-Star and all-time leading scorer, plans to leave the franchise that drafted him ninth overall in 2011 to join the Boston Celtics. Walker has committed to signing a four-year, $141 million contract with the Celtics, even though the Hornets could have offered Walker more money than anyone else — five-years for $221 million. Walker can’t officially sign with the Celtics until after July 6.

When Walker enters the Spectrum Center as a visitor next season, he’ll likely receive cheers from Hornets fans. The former captain led the Hornets to two playoff appearances but ultimately lost to the Miami Heat on both occasions. He had a number of memorable performances with the Hornets, including his career- and franchise-high 60 points this past season.

Walker is currently the Hornets’ all-time leading scorer, second in assists and minutes played. Walker will be missed by Buzz City, but he leaves behind a legacy as part of the franchise’s history.

What to do now?

With Walker gone, the Hornets will look to former Celtics point guard Terry Rozier to fill the void. “Scary Terry” agreed to a three-year, $58 million sign-and-trade contract with Buzz City. While Rozier didn’t start during his four years in Boston, he did show promise off of the bench as a streaky shooter who can help win games. Throughout the 2017-2018 Eastern Conference Playoffs, Rozier was a constant source of scoring as he helped Boston close out the Milwaukee Bucks by scoring 26 points in Game 7 of the first round. He lacks Walker’s handles and playmaking ability, but he can come in and score when called upon.

The Hornets have a promising young core led by last year’s first-round draft pick Miles Bridges, guards Malik Monk and Dwayne Bacon, and this year’s first-round pick, P.J. Washington. Returning veterans like forwards Marvin Williams and Cody Zeller will provide leadership and defense. The next couple of years appear to be a rebuilding period for the organization. President and General Manager Mitch Kupchak has his work cut out for him, and he’ll likely choose to rebuild through the draft.

Walker isn’t the only player departing from The Hive this offseason:

Don’t be surprised if the Hornets aren’t done making moves in free agency. The team has a ton of cap space to offer a max contract to a notable free agent. It remains to be seen what the Hornets front office will do to help improve the team on the court this upcoming season.