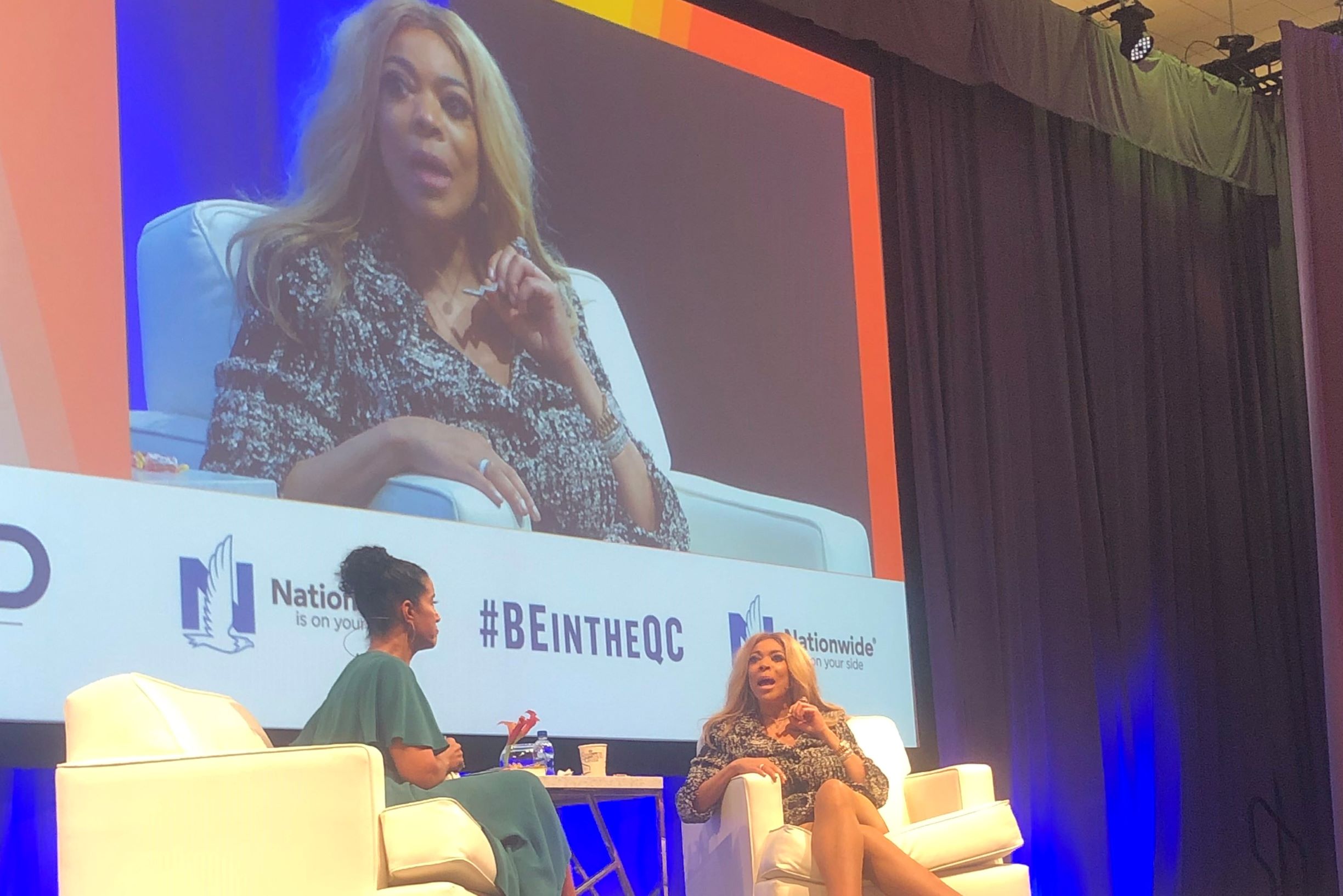 Media personality Wendy Williams talked about rebranding herself beyond a talk show host during Day 1 of the Black Enterprise FWD conference.

For the final day, I sat in Saturday’s “Doing Business with the City” sessions. CEOs Leonard Burch and Yolanda Johnson, Charlotte City Council member LaWana Mayfield and Black Enterprise’s Senior Vice President Derek Dingle discussed their paths to success and tips on scoring contracts with the City of Charlotte.

Before the next group, there was an impromptu music performance by an 8-year-old aspiring singer who sang Sam Cooke’s classic, “A Change Is Gonna Come.”

In the next panel, “Growing Your Business,” Sports One/Club One owner Peter Thomas was among the panelists who shared how they made their business footprint.

“When I came here to Charlotte to open a sports bar, I didn’t know a soul here, but I knew the concept was going to work,” Thomas said.

Final thoughts: The first day of the conference was my favorite, although I thought the other days stimulated good conversation. Wendy Williams was the highlight of the conference for me, and her session set the tone for the entire conference. Ryan Leslie was my favorite speaker because his story was relatable and his advice about tech business opened my eyes to future entrepreneurial endeavors I may pursue.

Roughly 400 people showed up for the morning conversation with serial entrepreneur/media personality Angela Simmons and artist-producer and techpreneur Ryan Leslie. Both talked about their entrepreneurial endeavors and how they began their path to becoming moguls at young ages.

“I’m a serial entrepreneur, so I’ve done a lot of different businesses and sometimes they fail,” said Simmons, who first became known to many as daughter of Rev. Run of influential hip-hop group Run-DMC. “But, my biggest lessons come through failure and they shape and mold you. You have to fail to kind of get to that next place.”

Leslie — the whiz kid who graduated from Harvard University at 19 and went on to produce some of music’s biggest artists — shared details about his leap of faith with the app SuperPhone, where he engages fans by giving out his personal phone number on social media.

“At the very beginning, I didn’t have a platform. My battery overheated, my messaging apps all crashed,” he said. “I could’ve paid for a platform, I just couldn’t find it. To me, that represented an opportunity that I could seize upon.”

“I feel like the only way to expand and be successful at expansion is collaboration,” said Minnifield, a former defensive back for the Washington Redskins and three-time entrepreneur who was recently inducted into the 2019 class of Forbes 30 under 30. “Being able to have people you trust [and] have people that have a similar vision, you don’t have to be so hands-on in space.”

I thought it would be interesting to sit in “How to Find Success in Entertainment Without Being an Entertainer.” Black Enterprise’s Digital Editor Selena Hill moderated the panel that included film/TV producer Datari Turner and venture capitalist Monique Idlett-Mosley.

“First, I believed in myself, even if the situation looked like wasn’t for me, I figured out a way to turn that ‘no’ into a ‘yes’,” said Mosley, who served as CEO to Mosley Brands and Mosley Music Group, home to a roster of artists like Timbaland, One Republic, Nelly Furtado, and others. “We are responsible for not only building ourselves up, but also working hard and constantly learning.”

Nearly 1,000 people filled the ballroom at the Charlotte Convention Center to see television host, author, fashion designer and media personality Wendy Williams. She spoke about her journey through showbiz, saying that she was hired for her first gig because her employer was looking for a Black woman.

Williams touched on her relationship with her estranged husband, Kevin Hunter. She ended the session with a spin on her popular “Ask Wendy” segment where she gave valuable advice to entrepreneurs in the audience.

Next up was supposed to be a general session with former NBA player-turned-businessman, Isiah Thomas. Unfortunately, his flight was canceled due to inclement weather. No worries, president and CEO of Black Enterprise, Earl G. “Butch” Graves Jr., came out and conducted the first-ever “Ask Butch” session. He answered questions from entrepreneurs like motivational speaker, author and financial expert Tarra “Madam Money” Jackson.

“I learned that when you’re going to pitch, just do it,” said Jackson when asked about her takeaways from the conference so far.

I stepped into two breakout sessions, “Grindin’: How to Monetize Your Hustle” and “Get Your Piece of the Billion Dollar Pie.” In the first, panelists were entrepreneurs Ashley Ann Jones and Brandon Andrews, along with Black Enterprise’s Senior Vice President Alfred Edmond Jr.

“Three passionate panelists that really shared great tips and ideas,” said D. Alan Smith, a private banker at First Citizens Bank. “What I really enjoyed was that they gave me specific resources.”

“You may have the best product for a lot of different companies, but that doesn’t mean a lot of companies are good for you,” said Tiffeau as his advice about considering corporate contracts.

My last session was “SisterInc. From Couples to Coprenueurs.” Here, BeardedEagle Training and Consulting co-founders Devon and Lizzy Morris along with This Is Leaving co-founders Tariq Walker and Malinda Williams discussed the difficulties and advantages of having a spouse as a business partner.

“I will do everything in my power to help a beautiful Black woman achieve the greatness that she can achieve,” Devon said.

The first day of the Black Enterprise was one for the books, and tomorrow will be just as extravagant as entrepreneurs gather again to network and celebrate Black excellence.