According to the WFAE newsroom, the buyer is a California investor. The potential sale raises new questions about the historic site's future. 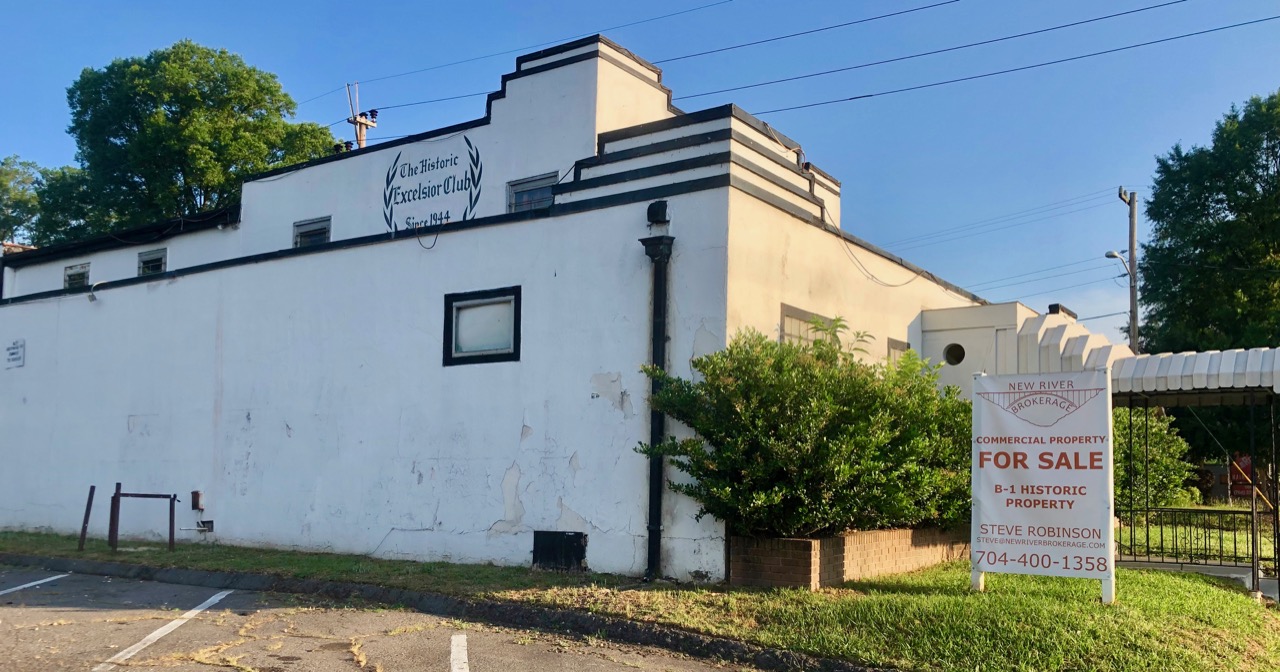 A buyer has been found for Charlotte’s historic Excelsior Club, according to a report on WFAE’s website.

WFAE reporter Mark Rumsey said in his report that the Beatties Ford Road property is under contract. The WFAE newsroom, he said, received word of the sale Wednesday night in a text message from Steve Robinson, owner of New River Brokerage, which had listed the property for sale at $1.5 million.

Robinson identified the buyer as “a California investor” but gave no further details, WFAE reported.

Qcitymetro could not reach Robinson to verify the WFAE report.

News of the prospective sales raised new questions about the future of the Excelsior, long a landmark in Charlotte’s black community.

Earlier this month, Charlotte City Council member James Mitchell said he wanted city and county governments involved in purchasing the Excelsior. Reached by phone today, Mitchell said he had not given up hope.

“That’s good news in a way. It shows that there is tremendous interest in this historic landmark,” he said. “I’m still looking forward to the city presenting us options…”

Mitchell, who heads the city’s Economic Development Committee, had called a June 27 meeting to discuss the Excelsior’s fate. He told Qcitymetro that meeting would go forward.

Mitchell had said he did not want to see the property fall into the hands of private developers.

“Until Rep. Carla Cunningham and her broker tell me the property has been sold, I think we need to continue to move forward to see if the city and the county and the community can attain this property,” he said. “…I’m always under the belief that when a private investor gets it, it becomes about the profit and the bottom line on the return on his investment, instead of what the community thinks they need to put on that site.”