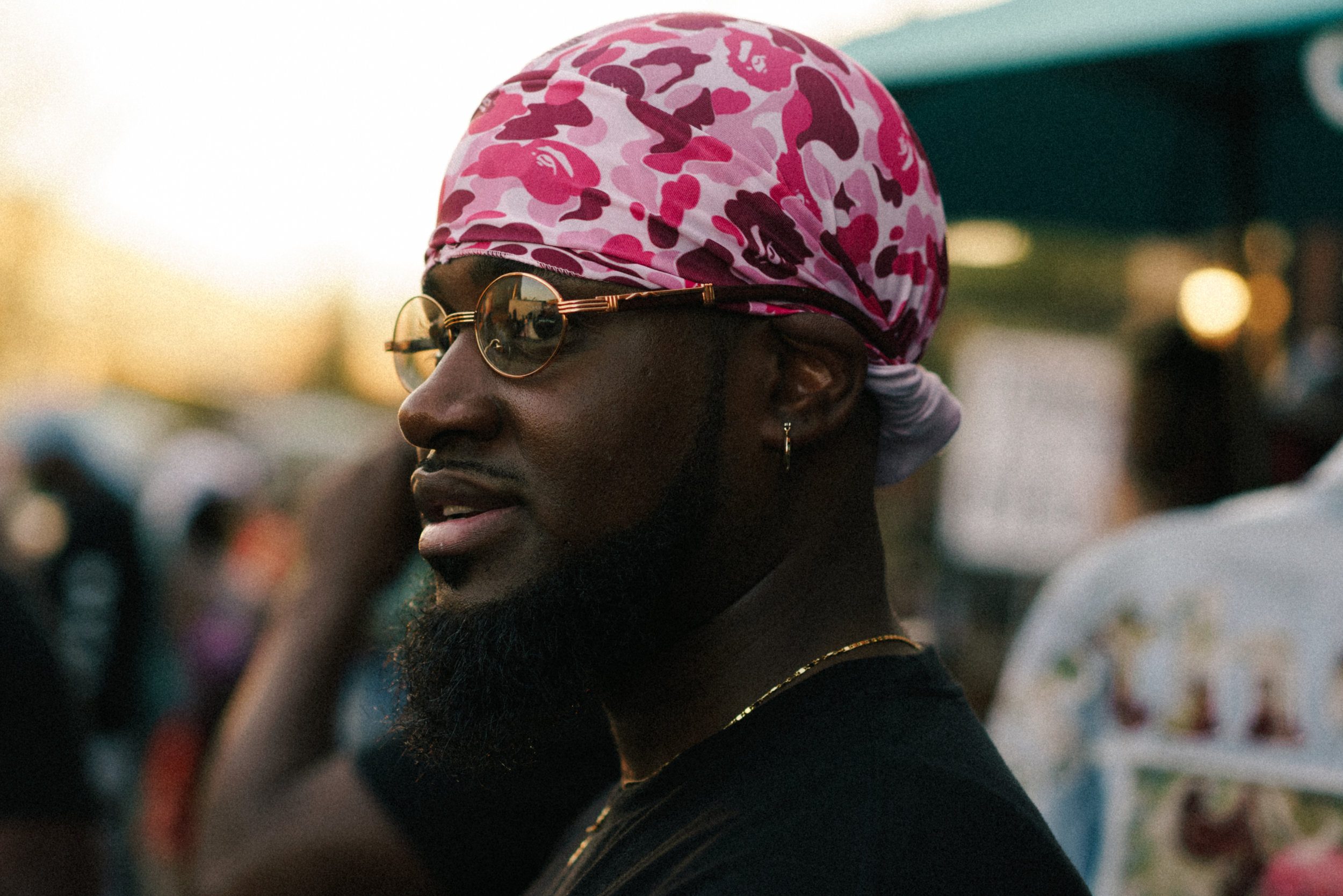 It was June 2018, and Alexandria Pitts walked into the first-ever Durag Fest with the mindset that “it’s basically like a huge cookout with 1,000 cousins.” The attire centered around taking a simple accessory — known to create the waviest tendrils of hair if brushed and tied down just right — and making it gloriously fashionable, whether your durag flapped to the nape of your neck or down to the soles of your shoes.

More than 1,200 people gathered at Camp North End a year ago to join in the event where fashion, food, music and community intersected. On June 15, the “Met Gala of Durags” is back for Round 2.

If you missed the inaugural festival, searching #DuragFest on your social media platforms will give you a glimpse but might not do it justice. The scene went viral and gained national attention from outlets like The Shade Room, The Breakfast Club, ESPN, Blavity and others.

At its core, Durag Fest represented a way to uplift Black culture in honor of Juneteenth, commemorating the June 19, 1865 announcement that slavery had ended in the United States. Juneteenth festivals have been a time to celebrate freedom and culture.

“Growing up in Charlotte, we’ve had different Juneteenth festivals before. But Durag Fest was almost like a millennial version,” said Pitts, a fifth-grade teacher who grew up on both the east and north sides of Charlotte. “I don’t think I’ve ever really experienced a festival in Charlotte like Durag Fest. We just want to have a good time and celebrate us being us.”

While Pitts rocked “a simple black durag, some flowy pants, and a little cami” last year, she said she may dazzle her outfit a little more this time around. “But, I’m definitely looking forward to seeing what other people do this year, especially those who went way over the top last year.”

The result of creative collaboration

“It started with me and DJ Fannie Mae doing these random underground art events,” said Wesley, who serves chiefly as the event’s creative director. “There were always themes around Black culture, and we always try to do something exceptional for Juneteenth.”

The team didn’t expect Durag Fest to be a high-profile event, but it was the community who showed up, showed out and made the event so successful.

“The thing that really set us apart is the opportunity to be unapologetically Black in what is viewed as a white space,” Wesley said. “Not to mention, you’re actually taking the celebration of a holiday that’s overlooked by Western society as a whole, and you’re turning that into something special.”

Pitts explained the sense of pride she felt seeing her city put on an event that garnered, largely positive, national attention.

“It’s a feeling you have to experience,” she said. “You get to be as extra or as chill as you want.”

What can this year’s attendees expect? “We’re gonna keep the same recipe. We’re more excited to see what the community comes up with,” said Operations Director Lica Mishelle.