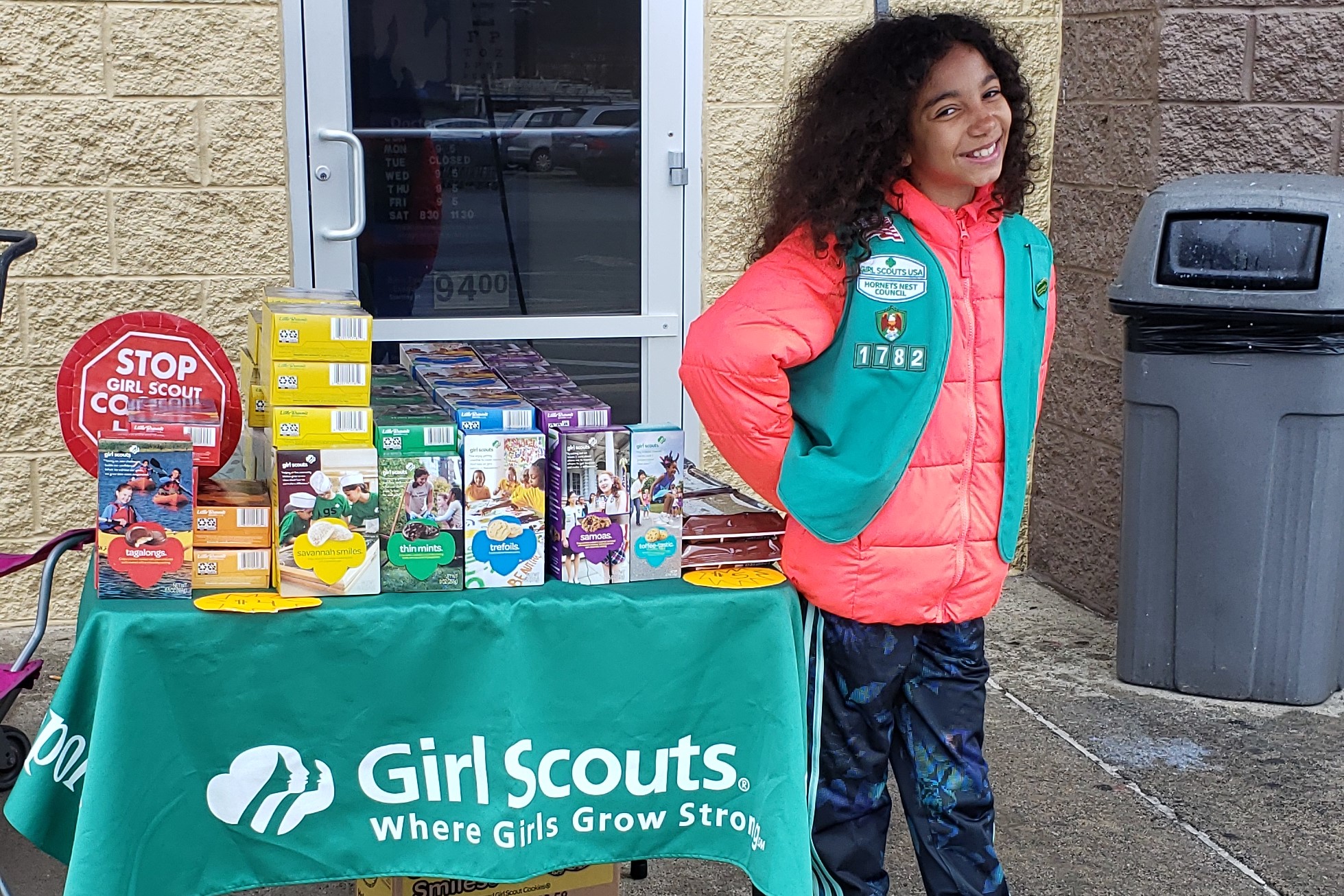 Former first lady, and honorary president of Girl Scouts USA, Michelle Obama attended the G20 Summit in 2009, where she shared a warm sentiment concerning younger women and the people who care for them.

“I am an example of what is possible when girls from the very beginning of their lives are loved and nurtured by people around them,” Obama said. “I was surrounded by extraordinary women in my life who taught me about quiet strength and dignity.”

Madison “Maddie” Miller and her mother Patty Hill-Miller are a testament to Obama’s words. The 9-year-old broke a local Hornets’ Nest Council record by selling 4,203 boxes of cookies. But, it was more like a mother-daughter cookie-selling team, or how Maddie described them, “partners in crime.”

Maddie became a member of the Girl Scouts Hornets’ Nest Council in second grade, and she’s been selling cookies, nuts and candy ever since.

“I thought it was a good organization, and a lot of my friends were in it,” she said.

Her mom was a Girl Scout too, but she didn’t tell Maddie to follow in her footsteps. Patty just wanted to spend time with her only daughter, and the Girl Scouts was a way to do it.

“Around that time, I was on dialysis. I wanted to make sure if anything happened to me that she would always have these memories of our time together,” Patty said.

The pair entered into their third cookie-selling season looking to outdo last season’s sales. Maddie aimed to sell 3,550 boxes of Girl Scout cookies, the amount needed to win a new laptop. Patty was on board but reminded her daughter that she would have to hustle.

“Last year, we sold 2000-plus, so when she said that was her goal, I think I stopped breathing,” Patty said.

The pair hit the goal and sold nearly 700 more cookies than expected. They had successful marketing tactics, like standing outside of retail stores such as Walmart, Dollar Tree and Harris Teeter. Patty even made sells in the bank.

“When we go places, I made sure I had on a t-shirt and she had on a vest,” Patty said.

“When we were at the booth, I would yell, ‘Five for twenty, what a deal!’ Then I’d hook them in with jokes,” Maddie said. “Like, what do you call a fake noodle? An impasta.”

Thank-you cards were another method that worked. Maddie and her mom would send thank-you cards to previous customers who purchased nuts and candy from them in the fall, noting on the back that “pre-orders start in December.”

“We hit the people we knew were going to buy, and we secured those sales,” Patty said.

By the end of the season, Maddie had earned the title of 2019 Top Cookie Seller. Another perk that came with the honor: she was coronated at BB&T Ballpark during a Charlotte Knights game. She got her very own suite with a couple of her friends, and she received a special honor.

“I got to say over the intercom ‘play ball!’” Maddie said excitedly.

The next cookie-selling season doesn’t start until January, but Maddie plans to on outdo herself again by selling 5,000 boxes of cookies.

“All I know is I’m going to hustle more,” she said.

Her mom added, “We keep on moving and don’t stop.”