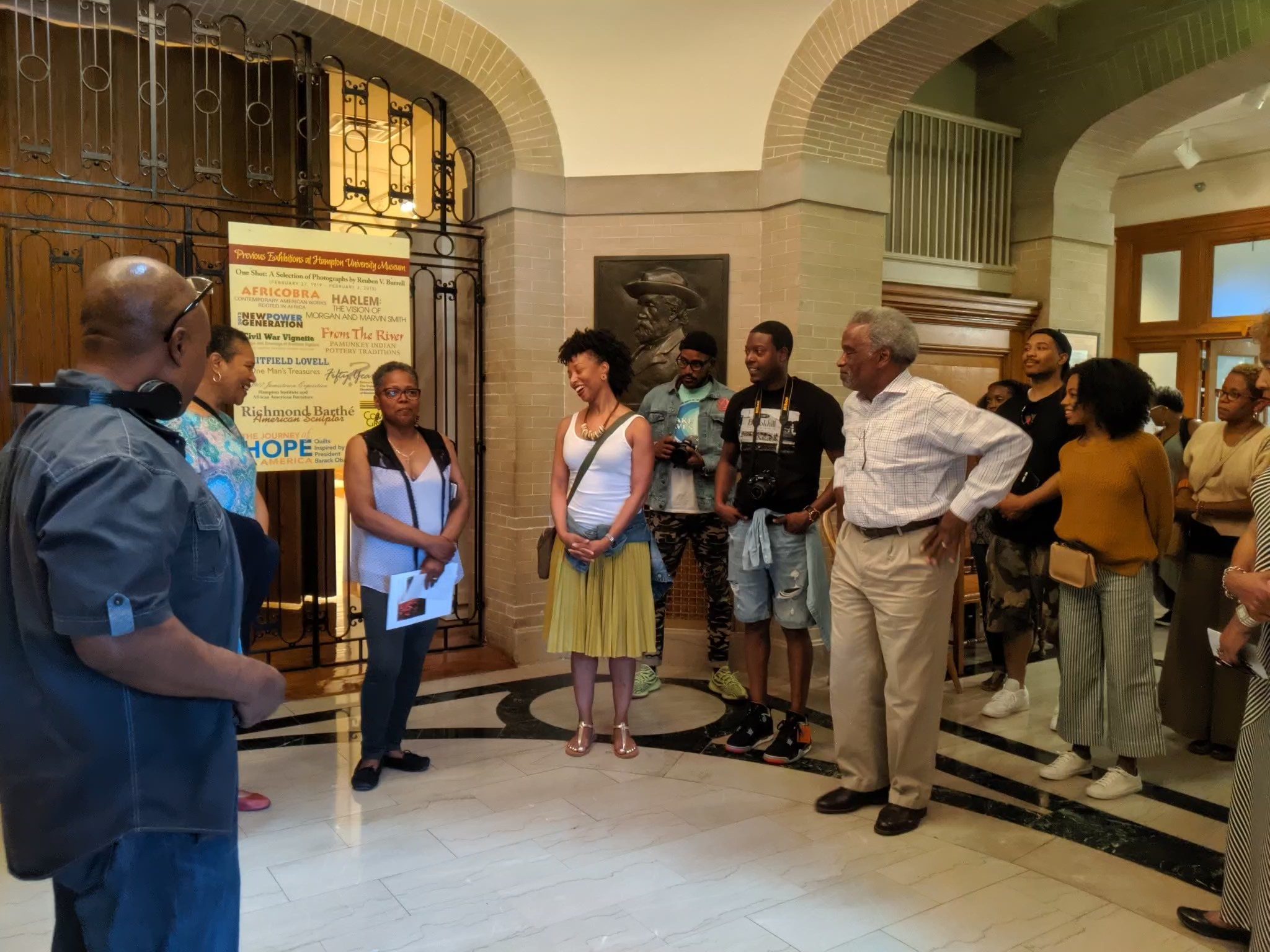 “But of course, Romare Bearden has been my main inspiration,” said Miles, who describes himself primarily as a collage artist, similar to Bearden in his later years.

Miles was one of nearly 50 artists, art collectors and enthusiasts who recently traveled from Charlotte to Hampton University in Virginia to visit the nation’s oldest African American museum.

“We were just all lovers of art. We all got together and said we need to do something,” Pride recalled about the beginnings of the group. They’ve run in similar circles through the years, but only within the past few months did they formally organize and adopt a name.

The conversation started with how to help African Americans who were interested in starting a collection. It wasn’t long before they recognized that artists themselves needed to be part of the discussion.

“How do the local artists know how to become one of those people who are being collected?” Pride hinted that this question sowed the seed for the Hampton trip. “We need to close the gap and bridge those groups together.”

At the museum, they basked in the museum’s works spotlighting paintings and artifacts. A fine arts exhibit on the second floor showcased pieces from juggernauts like Jacob Lawrence and Elizabeth Catlett, who were known for their depictions of the Black experience.

Guests spent time lingering in the space designated as “The Renaissance and Beyond,” paintings and sculptures influenced by the Harlem Renaissance. No pictures were allowed, so artists broke out sketchbooks to capture the sights.

“We need to learn to appreciate art by Black artists and do whatever we can to get them exposure,” said Nancy Stroud, whose art collection spans almost 30 years and includes about 150 pieces. “We have our art, and it’s telling our experience. It’s our treasure.”

A united front between the groups can prove beneficial as Charlotte’s cultural sector looks to use the arts to discuss social issues. The Arts & Science Council recently hosted “Intersections: Arts + Affordable Housing,” where panelists like image activist Alvin Jacobs Jr. spoke about the responsibility of artists to provide “perspective and not a spectacle” when it comes to using art to highlight community issues.

Jacobs joined Charlotte Artsy Folks on the Hampton trip. He said, “Multimillion-dollar works of art being explained by collectors…I see the responsibility in my craft differently now.”