Student loan debt, imagine the possibilities without it 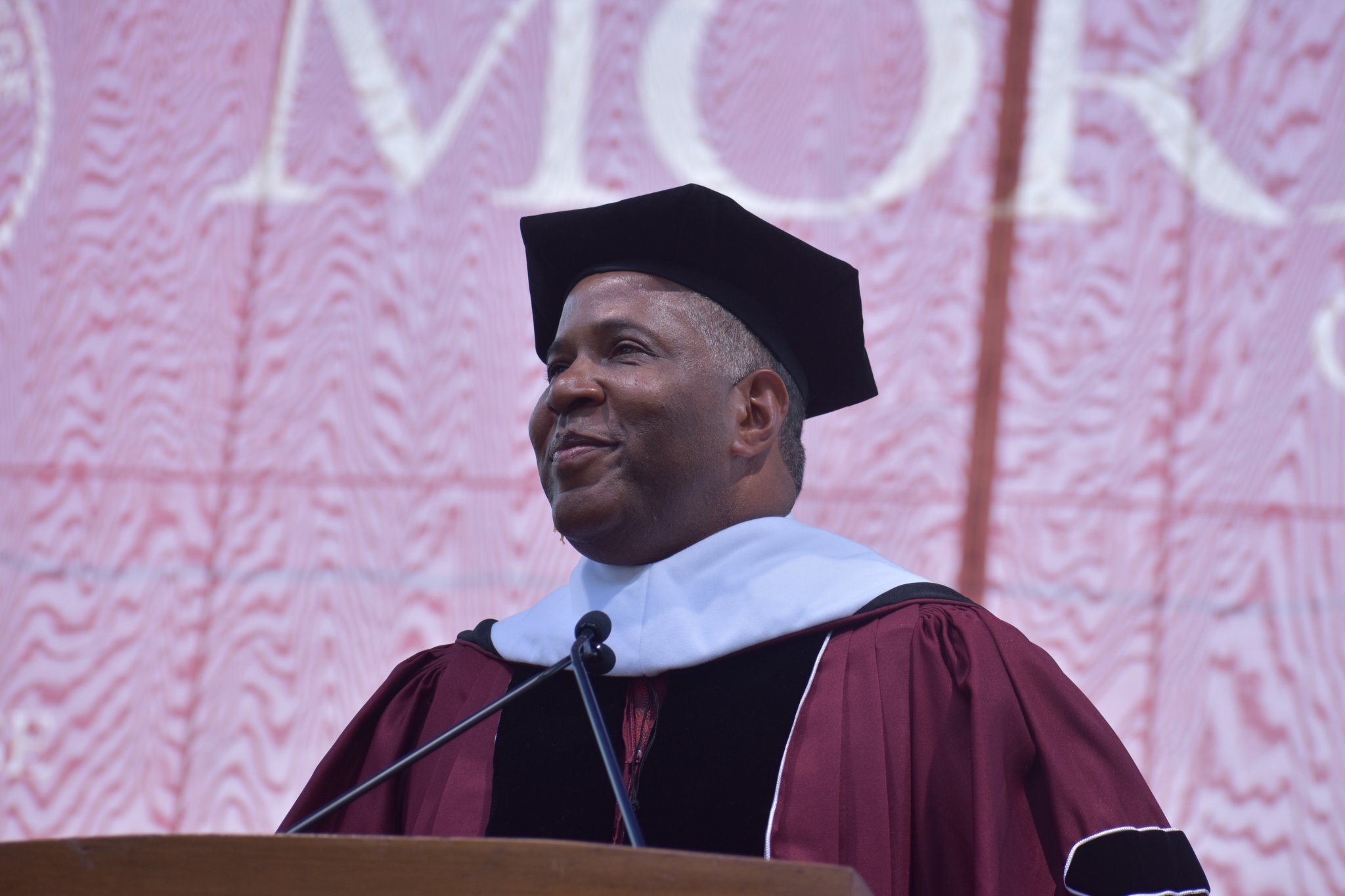 Technology investor and philanthropist Robert F. Smith surprised the audience at Morehouse College's commencement by announcing that his family was providing a grant to eliminate the student loan debt of the 2019 graduates. Photo via Morehouse College Twitter

It’s been slightly over a decade since I graduated from the University of Florida. To help with the math, that puts my December 2008 commencement in the thick of the Great Recession.

Like many of my first-generation college peers, financial aid, including student loans, was the main source of helping me obtain the piece of paper I was walking across the stage to receive. A few months earlier, the term “crisis” was first used to describe the student loan situation. Now, more than 44 million borrowers, including myself, collectively owe $1.5 trillion in student loan debt. It falls only behind mortgage debt as the highest debt category, according to NerdWallet.

So, imagine being one of the 396 Morehouse College graduates who received the ultimate graduation gift Sunday morning as billionaire investor and philanthropist Robert F. Smith announced that he’d pay off each graduate’s student loan debt – in full.

“On behalf of the eight generations of my family that have been in this country, we’re going to put a little fuel in your bus,” said Smith, who served as the commencement’s keynote speaker and was receiving an honorary doctorate degree. “This is my class, 2019, and my family is making a grant to eliminate their student loans.”

Imagine the possibilities without the burden of student loans, especially for those who attend historically Black colleges and universities. Students who attend HBCUs borrow student loans at higher rates and, consequently, graduate with substantially higher debt than their peers at non-HBCUs, according to a 2016 report published by the United Negro College Fund.

So I woke up ~$100,000 in debt today…then I graduated from #MorehouseCollege as well…that’s it. That’s the tweet.

One time for a Degreed King 👑. Today, I received my crown from THE Morehouse College. And on top of that, I walked away with my student loans CANCELLED 😩👏🏾. If you knew the God I serve #HeBlowsMyMindEverytime #HeDidItAgain #MorehouseMan pic.twitter.com/S7DzUo4H6w

As I read students’ stories of what the financial freedom meant to them — from job offers with salaries that would go toward becoming homeowners to planting the seed of entrepreneurship — I thought about more of Smith’s words.

Scholarships were huge in helping defray my school costs, and mentoring laid the foundation for building my social capital. I see the importance and do my small part because someone did it for me. While everyone won’t be able to drop billions to help the next generation of graduates, I hope it continues the trend of using our time, talent and treasure to “take care of our own community” because legacy carries weight.