Get to know Chef Whitney Thomas, from grandma’s kitchen to 5Church’s Executive Chef 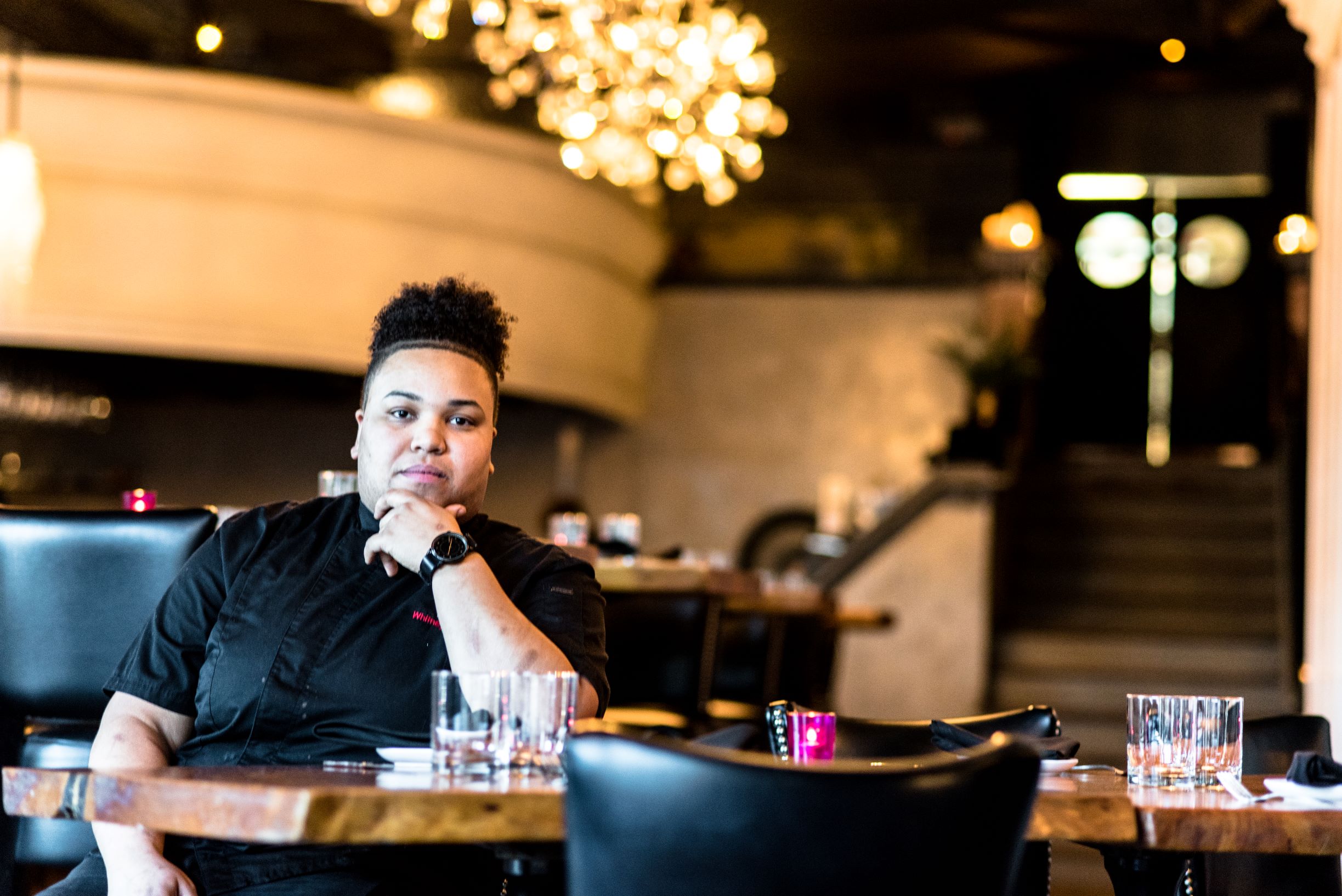 5Church, the popular uptown restaurant, is celebrating its seven-year anniversary on May 16 with a swanky tasting menu. Alongside co-owner and “Top Chef” alumni Jamie Lynch, you’ll see the restaurant’s newest executive chef listed on the dinner invite.

Last month, 5Church announced that Whitney Thomas would take over for Lynch as executive chef of its Charlotte location. If your palate has yet to enjoy Thomas’ creative cuisine, add it to your running list of must-try foods.

The Reidsville native first popped up on my radar back in December when I tasted her Oprah-inspired dish of smoked venison loin with cranberry mostarda, caramelized clementine, truffle sunchoke pureé, wilted local kale and pistachio crumble during the Soul Food Sessions’ Soul Sisters dinner. I devoured everything except the main dish because I don’t eat meat, but trusted sources told me the venison was perfection. The whole night had me teetering on a decision of whether to cheat on my vegetarian lifestyle.

The event paid homage to the “Black granny” figure, revered in the Black community as the originators of soul food. It was in her grandmother’s kitchen where Thomas’ love of cooking began as a 3-year-old.

Cooking was a passion she pursued while attending UNC Chapel Hill on a full scholarship to study sports science and African American studies. Playing tug-of-war with her passion versus what her family wanted finally came to a head at the end of her junior year. That’s when Thomas said she had her “come-to-Jesus” moment.

Thomas left school and, with no formal training, worked her way from the bottom of the culinary industry as a dishwasher and climbed the ranks up to executive chef. Along the way, she did stints at restaurants like The Katharine Brasserie at the Kimpton Cardinal Hotel and Rooster’s- A Noble Grill, both in Winston-Salem.

“I learned a lot by watching the people around me, learning what to do and what not to do. I was fortunate to have some good mentors along the way,” the 30-year-old said.

“It has been an honor to train Chef Whitney this past year and a half,” Lynch shared. “Her creativity, dedication and talent will continue to elevate 5Church’s cuisine and the team is thrilled to have her on board.”

Thomas also recognizes the importance of having chefs of color visible in Charlotte’s food scene.

“We can cook too, and we’re not always given the same opportunities. I’m a Black woman, but I’m a chef first,” she said, referencing the movement #JustCallMeChef that highlights Black female chefs who are breaking glass ceilings in the culinary industry and shattering stereotypes of what it means to be a Black chef.

“I just get inspired by things around me.”